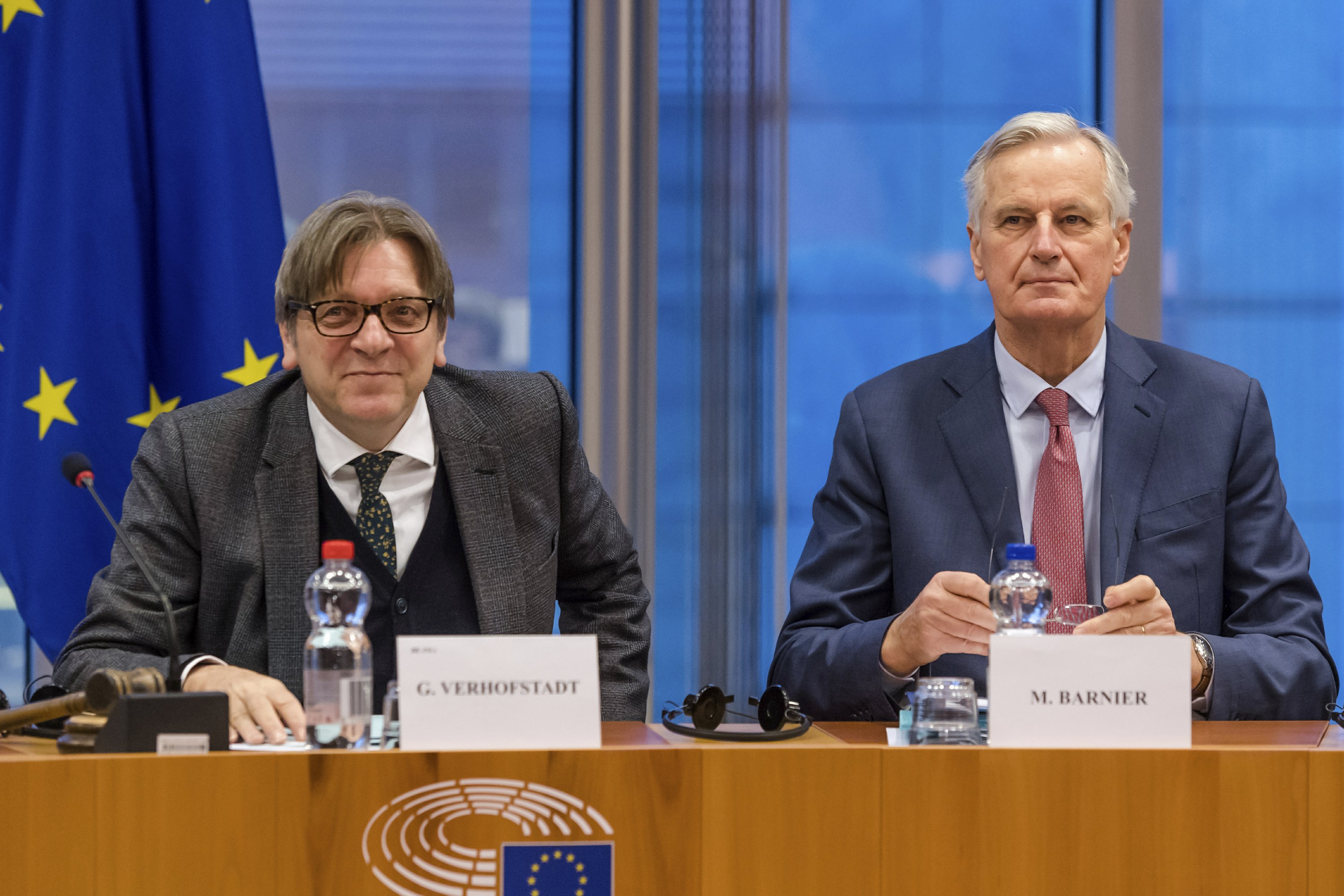 BRUSSELS — Top European Union Brexit officials insisted Wednesday that the EU’s divorce agreement with Britain cannot be renegotiated as Prime Minister Theresa May prepares to seek fresh concessions from the bloc just weeks before her country is set to leave.

“The EU institutions remain united, and we stand by the agreement that we have negotiated with the U.K.,” Brexit negotiator Michel Barnier told reporters, as he left a meeting of the European Parliament’s Brexit committee.

Britain is scheduled to exit the EU on March 29 — the first country ever to do so — but an agreement governing its departure is held up in the British Parliament, mostly due to a border measure known as the Irish “backstop.”

The safeguard mechanism would keep the U.K. in a customs union with the EU in order to remove the need for checks along the border between the U.K.’s Northern Ireland and EU member Ireland after Britain leaves the bloc. The border area was once a flashpoint during decades of conflict that costs thousands of lives.

Many British lawmakers fear the backstop will trap Britain in regulatory lockstep with the EU, and Parliament earlier rejected the Brexit withdrawal agreement May sealed in November with the EU.

On Tuesday May won backing from Parliament to reopen negotiations over the withdrawal deal — but EU leaders reiterated Wednesday that the deal cannot be changed.

The EU parliament point-man on Brexit, Guy Verhofstadt, underlined that nobody in Europe wants to use the backstop but that it’s “needed to be 100 percent sure that there is no border between Northern Ireland and the Irish republic.”

Verhofstadt said the only way for May to win concessions would be to back away from her long-held stance that Britain must not remain part of the EU’s customs area after it leaves, except during a transition phase of about two years after March 29 to help ease the country out.

“If the future relationship is, for example, a customs union that makes it completely different,” Verhofstadt told reporters.