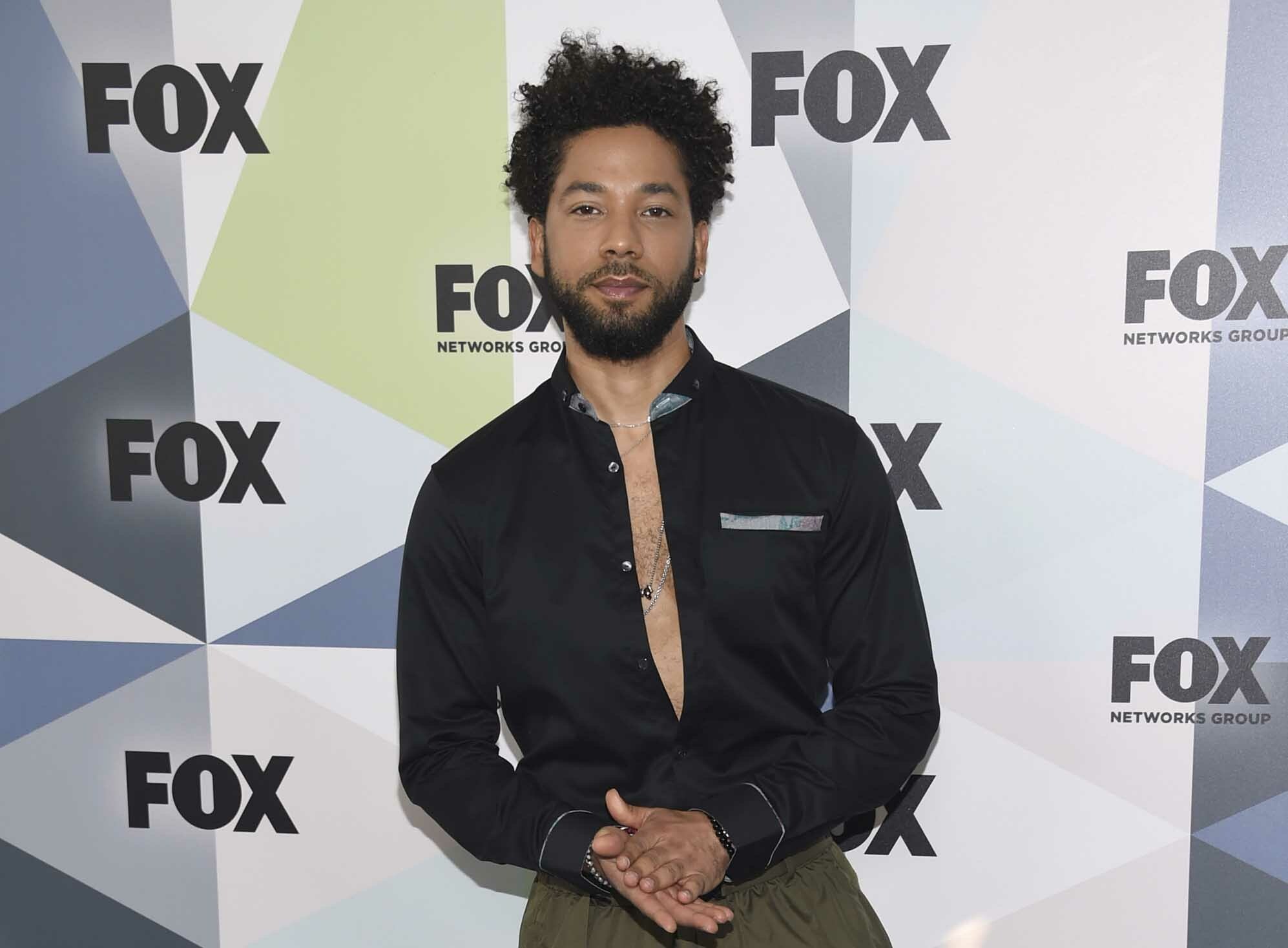 CHICAGO — A cast member on the hit television show “Empire” alleged he was physically attacked by men in Chicago who shouted racial and homophobic slurs, police said Tuesday.

Police did not release the actor’s name but a statement from Fox, which airs “Empire,” identified him as Jussie Smollett, 36. Authorities said they are investigating the alleged attack as a hate crime. Smollett is black and openly gay.

According to a police statement, the actor was walking near the Chicago River downtown around 2 a.m. Tuesday when he was approached by two men who shouted at him, struck him in the face and poured an “unknown substance” on him before one of them wrapped a rope around his neck.

Police spokesman Anthony Guglielmi said the two men, who were wearing masks, fled the scene. Authorities have not identified any suspects, and Guglielmi said detectives are gathering security footage from nearby buildings and trying to find witnesses.

Smollett was able to take himself to Northwestern Memorial Hospital, police said. He was last reported in good condition.

The hourlong drama “Empire” follows an African-American family as they navigate the ups and downs of the record industry. Jamal Lyon, Smollett’s character, is the gay, middle son of Empire Entertainment founder Lucious and Cookie Lyon, played by Terrence Howard and Taraji P. Henson, respectively.

Twentieth Century Fox Television and Fox Entertainment released a statement Tuesday in support of Smollett. “The entire studio, network and production stands united in the face of any despicable act of violence,” the statement read.

“He is one of the kindest, most gentle human beings I’ve ever met,” Harris said Tuesday, adding that she’s still learning more details about the incident.

Smollett has been active in LBGTQ issues and he released his debut album, “Sum of My Music,” last year.

“Empire” is shot in Chicago and a Fox spokeswoman said the program is currently in production.