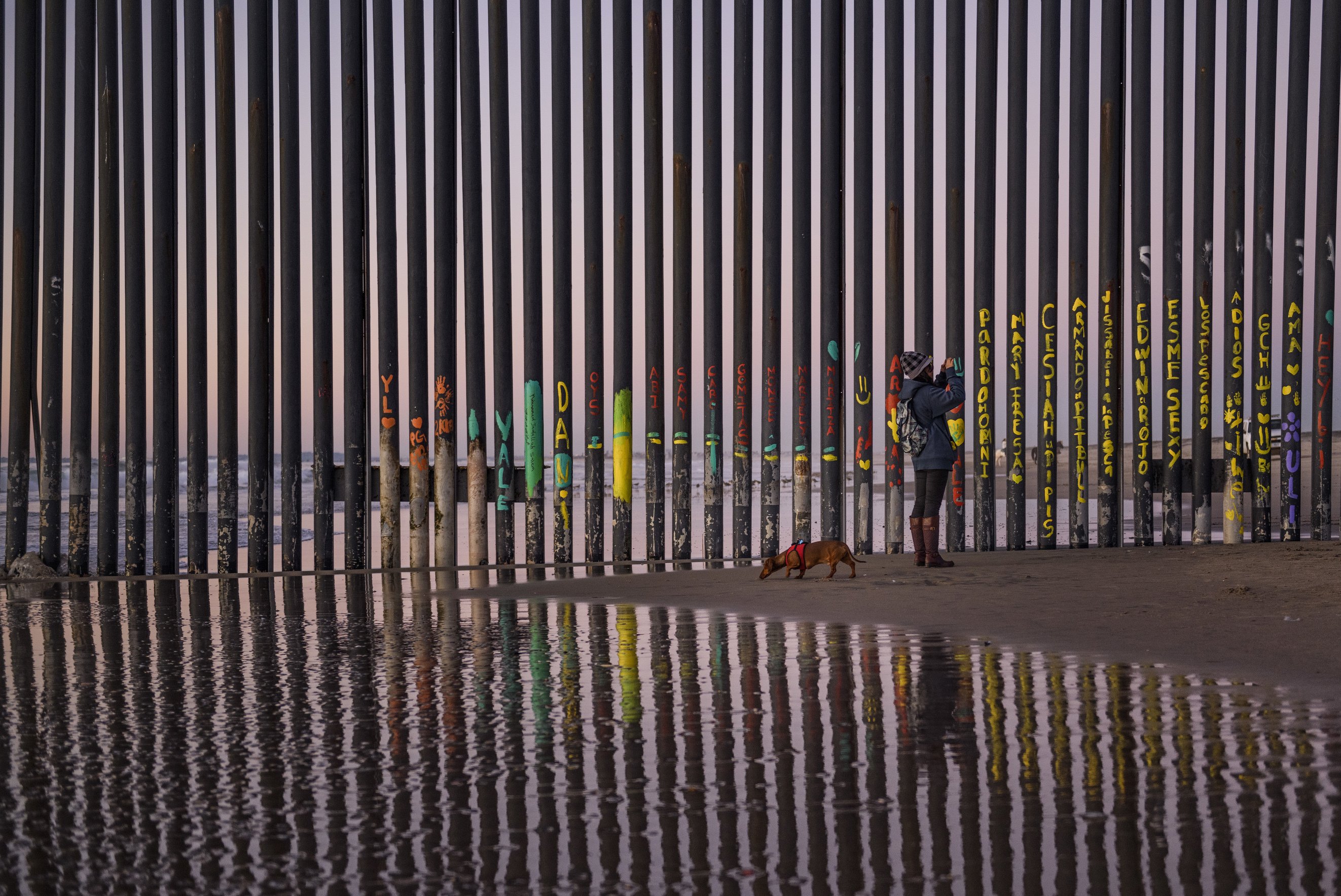 WASHINGTON — Senate Majority Leader Mitch McConnell on Tuesday criticized both tactics that President Donald Trump has threatened to wield if congressional bargainers fail to craft a border security deal he supports: triggering a fresh government shutdown or declaring a national emergency so he can divert federal funds into building his prized border wall.

“I’m for narrow or broader,” McConnell, R-Ky., told reporters when asked to describe the breadth of a bipartisan border security accord that he’d back. “I’m for whatever works that would prevent the level of dysfunction we’ve seen on full display here the last month and also doesn’t bring about a view on the president’s part that he needs to declare a national emergency.”

The remarks by McConnell, who seemed to include Trump in his intended audience, underscored the GOP’s eagerness to put the past month’s confrontations between Trump and Congress behind them without more jarring clashes. Reporters had not specifically asked McConnell about a shutdown or a possible emergency declaration, and it was noteworthy that the guarded lawmaker volunteered his opinions.

McConnell spoke three days after the end of a record 35-day partial federal shutdown, which Trump initiated after Democrats refused his demand for $5.7 billion to build segments of his long-sought Southwest border wall.

The president surrendered last Friday and agreed to reopen government for three weeks so negotiators can seek a border security deal, but with no commitments for wall funds. Polls show that people chiefly blame Trump and Republicans for the shutdown and the proposed border wall with Mexico is widely unpopular.

House-Senate bargainers from both parties plan their first negotiating session for Wednesday.

Some lawmakers have suggested broadening whatever package emerges, such as adding protections from deportation for young “Dreamer” immigrants in the U.S. illegally or making it harder for future shutdowns to occur. Disagreements over those issues make their inclusion unlikely, most lawmakers say.

McConnell was one of many Republicans signaling a desire to lower the intensity level of the conflict.

House Minority Leader Kevin McCarthy, R-Calif., told reporters Tuesday that any agreement does not need to include the word “wall.” The comment signaled the GOP’s latest rhetorical retreat from a battle cry — “Build the wall!” — that Trump made a keystone of his presidential campaign.

“It could be barrier. It doesn’t have to be a wall,” McCarthy told reporters.

Trump has retreated increasingly from “wall” as it became apparent that he lacked the votes in Congress to win taxpayer financing for the project, which he initially said would be financed by Mexico.

“They can name it ‘Peaches,’” Trump said earlier this month. “I don’t care what they name it. But we need money for that barrier.”

McCarthy said wall and barrier mean the same thing to him and Trump.

“Inside the meetings we’ve had, he’s said it could be a barrier, it could be a wall,” said McCarthy. “Because what a barrier does, it’s still the same thing. It’s the 30-foot steel slat, that’s a barrier.”

Democrats have repeatedly said they would refuse to finance the wall, which House Speaker Nancy Pelosi has called “immoral.” In recent weeks, they’ve expressed support for fencing or some physical barriers but have left ambiguous exactly what they would support. They’ve said they want to spend money on more border patrol agents and technology like scanning devices and drones.

“There are many kinds of walls, and so I think that we’re going to try to find common ground,” said No. 3 House Democratic leader James Clyburn of South Carolina.

McConnell and many GOP lawmakers have long sought to avoid government shutdowns, aware of the tactic’s long and consistent history of backfiring badly on whoever sparks one. In the one that just ended, 800,000 federal workers went unpaid for five weeks, countless Americans were denied federal services and mushrooming problems included slowed air travel and delayed IRS refunds.

“There certainly would be no education in the third kick of a mule,” said McConnell, adding an additional kick to the homily he frequently cites about how shutdowns don’t work.

Many members of both parties have opposed Trump declaring an emergency on the Mexican border. They say it would set a dangerous precedent for future presidents who might use the strategy to push their own agendas that stall in Congress. If he issued the declaration, it would trigger near-immediate lawsuits that might block the money anyway.

“There’s no appetite for government shutdowns and there’s not much appetite for an emergency declaration. For a lot of reasons, our members are very wary of that,” said No. 2 Senate GOP leader John Thune of South Dakota.

“Most members, whatever faction in the Republican caucus, would be opposed to a shutdown and would do everything they can to work some kind of deal,” said Rep. Mark Walker of North Carolina, a member of House GOP leadership.