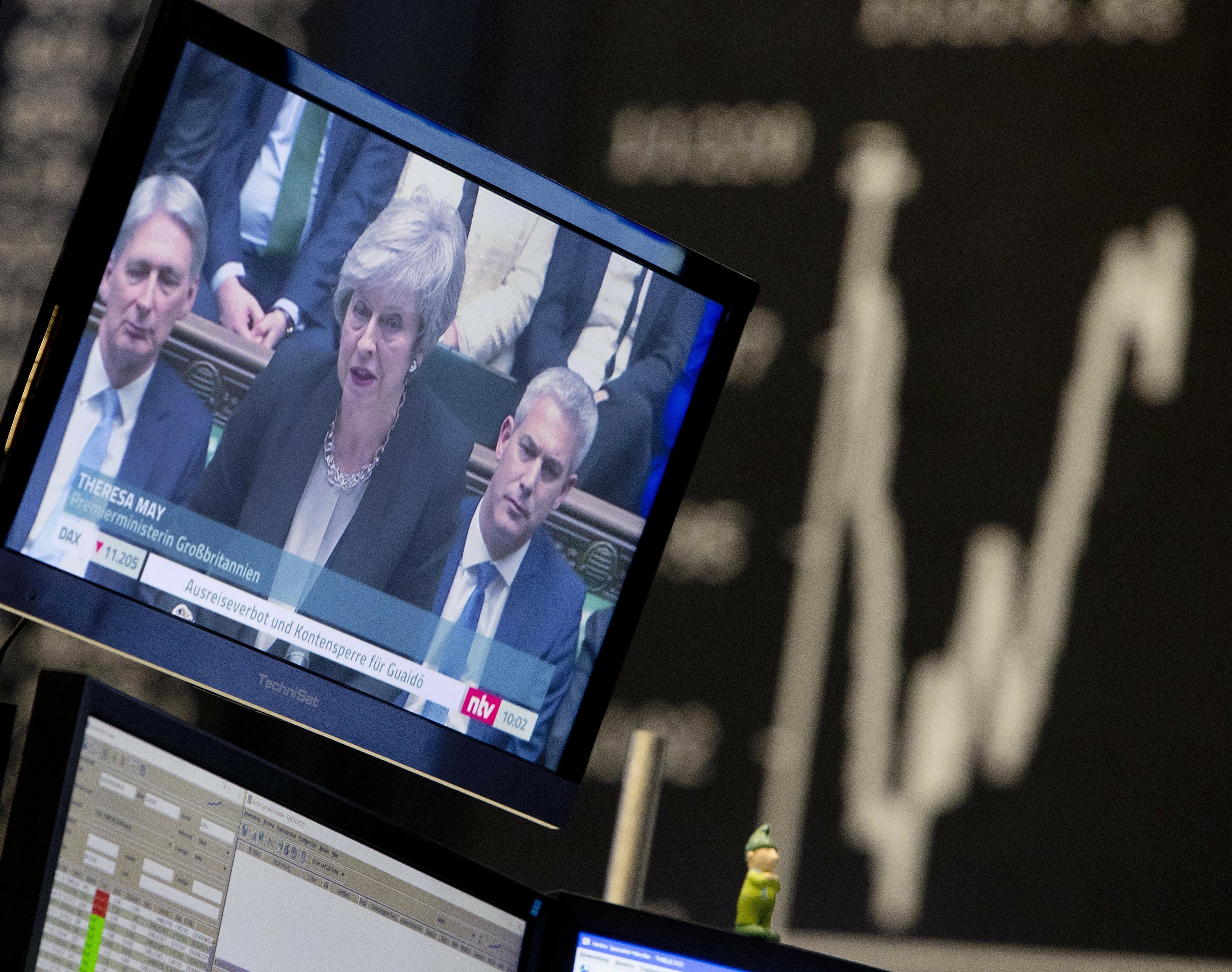 BRUSSELS — The Latest on Brexit negotiations (all times local):

European Commission President Jean-Claude Juncker says that he still believes an orderly exit for Britain from the European Union is possible and that EU officials “will work day and night to make it happen.”

Juncker said he was “an optimist by nature” and said there remained possibilities for progress, if not through the legal withdrawal agreement, then through the political declaration on future relations that both sides can further discuss.

He said it was “important the EU remains calm united and determined as it has been throughout” the negotiations.

The chief of the European Union’s executive arm says the Brexit deal the EU reached with Prime Minister Theresa May is the only deal on offer to Britain and will not be changed.

Juncker says he remains open to talking with May and “I will listen to her ideas, but I will also be extremely clear about the position of the European Union.”

Juncker said: “The debate and votes in the House of Commons yesterday do not change that. The withdrawal agreement will not be negotiated.”

British lawmakers voted Tuesday night to send May back to Brussels to seek a better exit deal.

He said London’s view of what needs revising in the agreement is still unclear to him, the likelihood of Britain leaving without a deal has increased since Tuesday’s votes in the British Parliament.

A government spokesman says Germany welcomes the British Parliament’s preference “not to leave the EU without a withdrawal agreement,” but insists renegotiating one that is already on the table “is not on the agenda.”

British lawmakers voted Tuesday night to task Prime Minister Theresa May to go back to Brussels and seek a better exit deal. Seibert says now it’s up to May “to provide EU chief negotiator Michel Barnier and Commission President Jean-Claude Juncker with concrete clarifications on this topic.”

But he added that “opening up the withdrawal agreement is not on the agenda.”

Seibert declined to say whether Germany would help Britain with emergency supplies of essential goods in case it leaves the bloc without a deal, disrupting trade flows across the English Channel.

Irish Prime Minister Leo Varadkar says there will not be a renegotiation of the Brexit withdrawal plan as sought by the British government.

Varadkar told Ireland’s parliament on Wednesday the European Union would not reopen talks on the deal. The current proposal’s provision on the Irish border has been a key stumbling block in Britain’s Parliament.

The Irish leader says an amendment British lawmakers passed Tuesday night does not specify what “alternative arrangements” the government of Prime Minister Theresa May seeks.

Varadkar said: “We’ve been down that track before, and I don’t believe that such alternative arrangements exist.”

The Irish leader says the only way to avoid a hard border between Ireland and Northern Ireland once Britain leaves the European Union is by having Britain and the EU in “full regulatory alignment.”

Spain’s foreign minister says the European Union is willing to carry on talks in order to persuade Britain of the advantages of its deal to leave the bloc, but that there cannot be a new agreement.

Josep Borrell said after talks with his Cypriot counterpart Wednesday that “we can talk and try to add words” to drive home the bloc’s good faith.

He said that the existing agreement is the best one and that there won’t be another.

Borrell said the process is nearing its end and that it wouldn’t be good for the U.K. to stay in the bloc but wanting to leave and “unable to find the door.”

British Prime Minister Theresa May says her government hasn’t decided exactly how it will try to change the European Union divorce deal to address concerns about the Irish border.

Parliament voted Tuesday to replace a border measure in the agreement with unspecified “alternative arrangements.” Many U.K. lawmakers fear the “backstop” measure — designed to ensure the border between Northern Ireland and Ireland remains free of customs checks — will trap Britain in regulatory lockstep with the EU.

Asked in the House of Commons on Wednesday what alternatives Britain was proposing, May said “there are a number of proposals for how that could be done.” She said measures under consideration included a unilateral exit mechanism for Britain, a time limit to the backstop and “mutual recognition and trusted trader schemes.”

The EU insists the withdrawal deal can’t be renegotiated.

The European Union is taking measures to protect university students involved in the Erasmus exchange program in case the United Kingdom crashes out of the EU on March 29 without a deal in place.

EU Commission vice president Frans Timmermans announced proposals to enable the 14,000 EU students in Britain and the 7,000 UK students in the 27 remaining member states to finish their work “without interruption” despite Brexit.

The Erasmus program on student exchanges across the EU has been one of the most popular initiatives of the bloc.

The EU has started taking contingency measures to make sure a possible no-deal departure would be as smooth as possible, even though it acknowledges it will still be very fractious.

Germany’s foreign minister says Berlin is willing to continue talks with Britain but is emphasizing the current Brexit agreement is the best one available.

Heiko Maas told the Funke newspaper group Wednesday it is important that British lawmakers have spoken out against a no-agreement departure from the European Union, saying that is in nobody’s interest.

But he called for clarity on how Britain wants to change the so-called “backstop,” the safeguard mechanism proposed to regulate the border between Northern Ireland and Ireland after Brexit.

He says Germany is open to talks, “but our position is clear: the withdrawal agreement is the best and only solution for an orderly exit. Regarding the backstop, Germany and the entire Union are firmly on Ireland’s side. We will not allow Ireland to be isolated on this issue.”

The European Parliament’s chief Brexit official has derided the British political process on Brexit and insisted that the United Kingdom finally needs to get its act together and come with credible proposals on how to leave the European Union.

After Tuesday’s long session at the House of Commons which tasked Prime Minister Theresa May to go back to Brussels and seek a better exit deal, the 27 other EU nations and the European parliament have stood united in stressing that a renegotiation of the withdrawal agreement they clinched with May is out of the question.

Guy Verhofstadt said Wednesday he was getting increasingly frustrated with the political proceedings in London where a strong single voice has yet to emerge.

“That is no way to build a future relationship with the EU,” Verhofstadt said.

The European Union’s Brexit negotiator says the EU stands united in defense of its divorce deal with Britain, after Prime Minister Theresa won a parliamentary mandate to reopen the agreement.

Michel Barnier said Wednesday that “the EU institutions remain united, and we stand by the agreement that we have negotiated with the U.K., never against the U.K.”

Barnier made his brief remarks after he met top European Parliament officials to discuss the Brexit votes in the British Parliament late Tuesday.

Britain is set to leave the EU in less than two months, but the main sticking point in London to sealing a Brexit agreement is the so-called “backstop.”

It’s aimed at ensuring that no time-consuming customs checks happen on the Irish border after Britain leaves, until a better arrangement is found.