The Latest: May plans return to EU to reopen Brexit deal 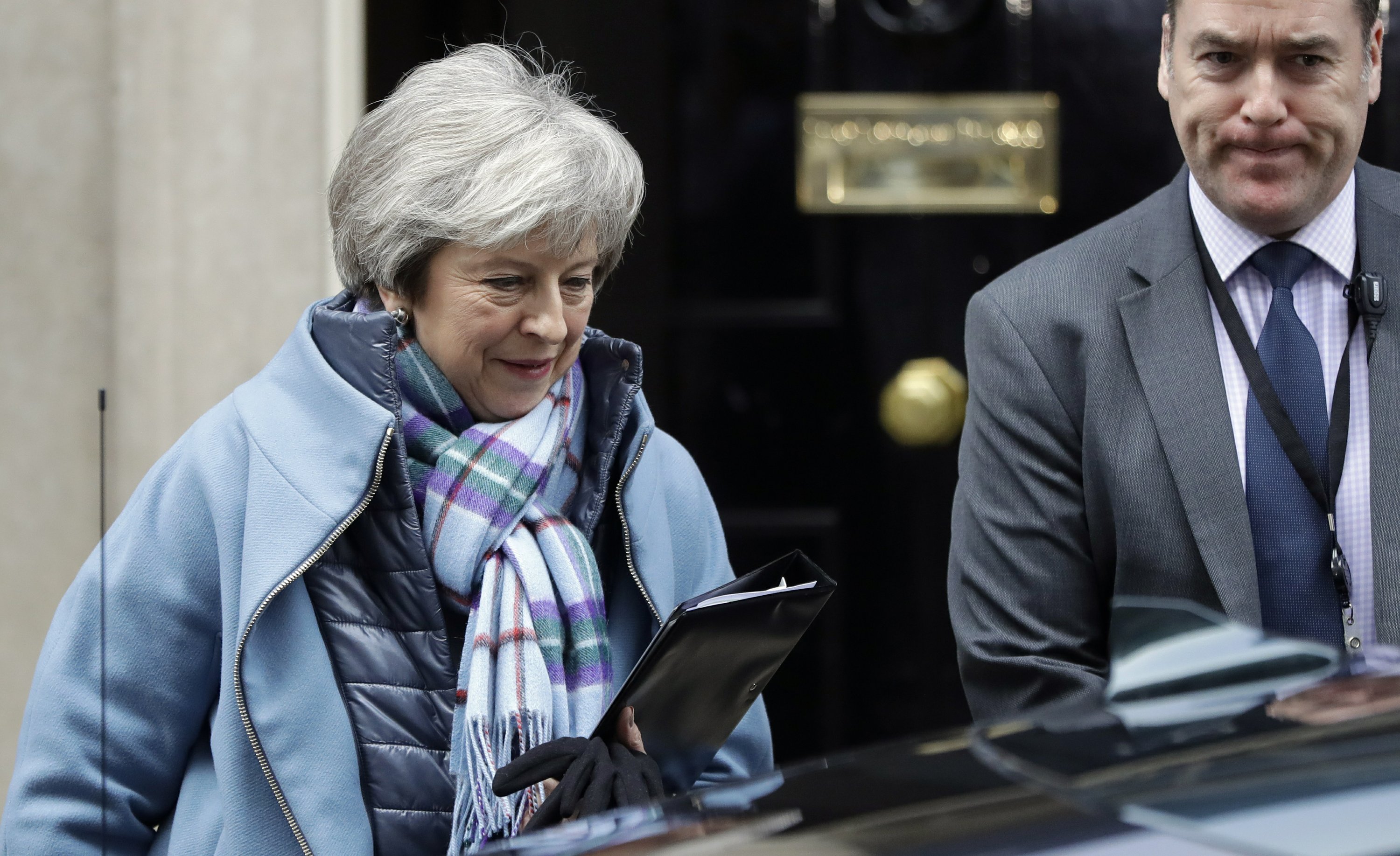 British Prime Minister Theresa May says she plans to ask the European Union to reopen its Brexit divorce deal and change a contentious Irish border guarantee.

The EU insists it will not renegotiate the border “backstop” or any other part of the withdrawal agreement.

British lawmakers are debating and voting on rival plans for the next steps in the Brexit process. May is urging them to support a call for the backstop to be replaced by “alternative arrangements.”

May says it’s clear “this House wants changes to the backstop,” and she wants to “go back to Brussels with the clearest possible mandate.”

She says she hopes to secure changes and bring her amended deal back to Parliament, where it was rejected by lawmakers on Jan.15.

Germany’s justice minister says there’s no room for substantial renegotiation of Britain’s withdrawal agreement with the European Union. She says the EU can be flexible on Britain’s departure date, but London must have a plan for a delay to make sense.

Katarina Barley, who is half-British and has long advocated a second referendum, also said in an interview with SWR2 radio that such a vote “is becoming more likely every day” given Britain’s political chaos.

British lawmakers are debating Tuesday what to do next. Barley said it will be “difficult” if they want to renegotiate, “because the EU cannot make more concessions to Britain on the important points.”

Britain is due to leave the EU on March 29. Barley said the EU would be prepared to compromise but “if there is no plan at all for what should then be different, then a delay makes only very limited sense.”

British Prime Minister Theresa May is backing a proposal to renegotiate part of her European Union divorce deal as she seeks to blunt opposition in Parliament.

International Trade Secretary Liam Fox says the government supports an amendment that rejects the so-called backstop that could keep Britain in a customs union with the EU to avoid a hard border between Northern Ireland and the Irish Republic.

Instead, it directs the prime minister to seek “alternative arrangements.”

Fox told the BBC on Tuesday the amendment offers the best chance for Britain to avoid leaving the EU without a deal on future relations.

The comments come as lawmakers prepare to vote on a series of Brexit amendments after the House of Commons overwhelmingly rejected May’s agreement two weeks ago, primarily over the backstop.