US launches plan for asylum seekers to wait in Mexico 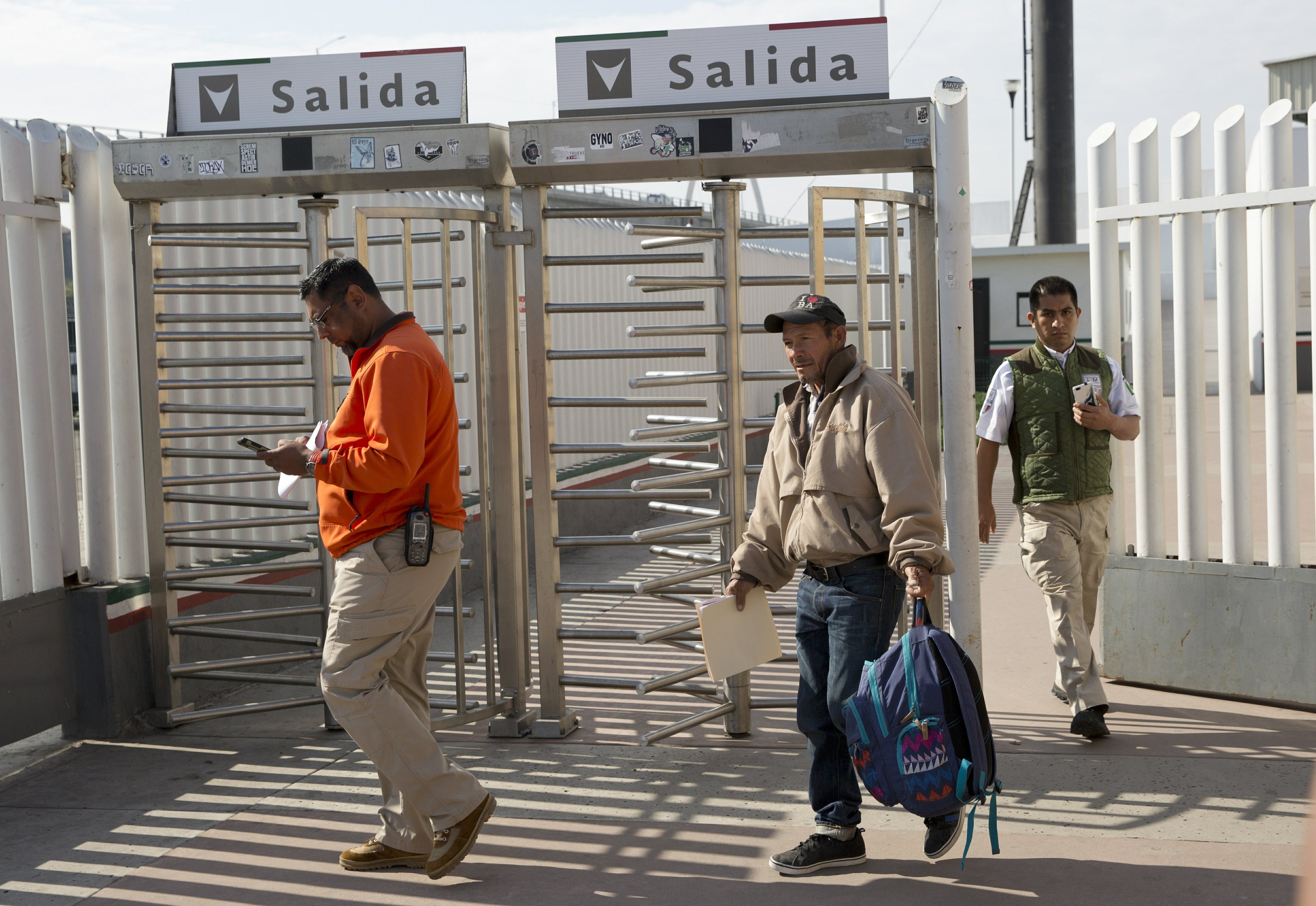 SAN DIEGO — The Trump administration on Tuesday quietly launched an effort to make asylum seekers wait in Mexico while their cases wind through U.S. immigration courts, despite clear reservations and conflicting messages from the Mexican government.

The U.S. returned one asylum seeker to Mexico — a 55-year-old Honduran man — on the first day of what would be one of the most dramatic changes to the U.S. immigration system in Donald Trump’s presidency, if the policy survives an anticipated legal challenge. Rodulfo Figueroa, head of Mexico’s immigration agency in Baja California state, said the man requested a ride to a migrant shelter in Tijuana.

Mexican officials sent mixed signals on the crucial point of whether Mexico would impose limits on accepting families. Tonatiuh Guillen, commissioner of Mexico’s National Immigration Institute, said Mexico would only accept people 18 to 60 years old, which rules out families with young children.

Roberto Velasco, spokesman for Mexico’s Foreign Relations Secretary, said Friday that families would be considered case by case. And a Mexican official with direct knowledge of the process said Mexico requested that families be excluded from the policy but that the U.S. declined to make any commitment, conceding only to start with single adults. The official spoke on condition of anonymity because the deliberations were not public.

The launch is limited to San Diego’s San Ysidro border crossing, the nation’s busiest, though Customs and Border Protection Commissioner Kevin McAleenan wrote in a memo released Tuesday that it is expected to expand to other crossings “in the near future.” Adding to a sense of confusion, Guillen said Mexico will only allow it at the one crossing that connects San Diego and Tijuana.

Katie Waldman, a Department of Homeland Security spokeswoman, disputed Guillen’s description, calling it “false.” A sharp increase in Central American families seeking asylum in the U.S. led to the Trump administration’s dramatic move, and limiting families would blunt or diminish the impact.

“It will be expanded across the entire Southwest border, and it will apply to family groups,” Waldman said.

Homeland Security Secretary Kirstjen Nielsen was in San Diego on Tuesday to observe the launch but had no public appearances. The U.S. Embassy in Mexico said in a news release that the program began Tuesday.

Mexico’s foreign relations secretary said Friday that the U.S. would start with 20 people a day. Two U.S. officials who spoke on condition of anonymity because the deliberations were not public said shortly before the launch that the policy would start with about 100 people a week in a trial period of up to 90 days in San Diego.

The launch followed months of delicate talks between the U.S. and Mexico and marked a change to the U.S. asylum system that both the administration and asylum experts said was unprecedented.

Velasco, writing Monday in an opinion article in The Washington Post, outlined Mexico’s doubts and said there “are several technical-level questions … that our two governments need to address to guarantee an adequate implementation of this unilateral policy.” Mexico has repeatedly said the U.S. is acting alone, but it has pledged to issue temporary visas to the asylum seekers in the U.S., with permission to seek work authorization.

“The operational complexity of receiving asylum seekers from the United States opens the door to new potential drawbacks,” Velasco wrote. “Mexico will keep raising these concerns to the United States, to adequately manage the situation while guaranteeing the orderly functioning of our border.

On Monday, U.S. Citizenship and Immigration Services said in a memo to employees that asylum officers would interview migrants to determine if they are “more likely than not” to be persecuted or tortured in Mexico while waiting for hearings in the U.S. If they are not, they will be returned to Mexico.

Asylum seekers will not be allowed to have attorneys at that initial screening held at border crossings “given the limited capacity and resources,” drawing swift criticism from immigration attorneys.

“With this policy, the Trump administration is purposefully keeping Central Americans in unsafe conditions without access to counsel and evidence in an effort to send them straight back to the hands of their persecutors,” Dree Collopy, an immigration lawyer and asylum expert in Washington, wrote in an email. She regards the practice as illegal and contrary to U.S. obligations under domestic and international law.

Due largely to a court-imposed 20-day limit on detaining children, families are typically released in the U.S. with a notice to appear in immigration court. With a backlog of more than 800,000 cases, it can take years to settle cases, giving rise to what the administration calls “catch and release.”

Nielsen said last week that the “migrant protection protocols” being introduced in San Diego are a “methodical commonsense” approach to what she calls a humanitarian and security crisis on the Mexican border.

“For far too long, our immigration system has been exploited by smugglers, traffickers and those who have no legal right to remain in the United States,” she said.

Children traveling alone and Mexican asylum seekers will be exempt from the program, as will “criminals,” people with a “history of violence” and those with physical or mental health issues, according to guidelines issued Tuesday by Customs and Border Protection.

U.S. authorities will transport asylum seekers to and from the border to attend hearings in San Diego. Guillen said Mexico’s temporary visas would last for a maximum of 120 days. The Mexican official said U.S. asylum judges are expected to render final decisions within 90 days.