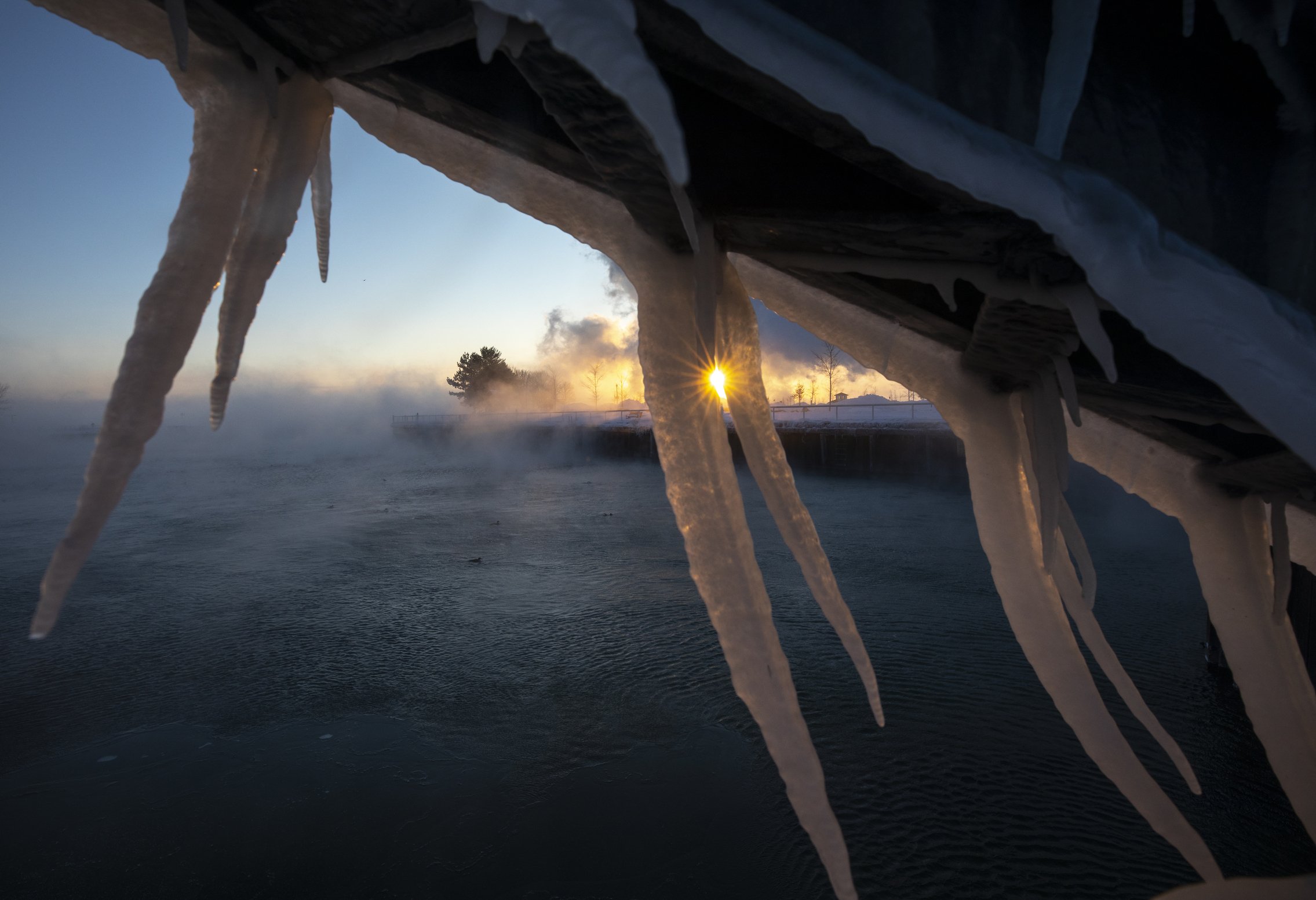 CHICAGO — An arctic cold snap has sent temperatures plunging across the Midwest , prompting officials to close schools, business and state government offices across the region.

The U.S. Postal Service took the rare step of suspending mail delivery across much of the region. More than 1,600 flights were canceled at Chicago’s airports Wednesday, including more than 1,300 at O’Hare International Airport, one of the nation’s largest airports.

The bitter cold is the result of a split in the polar vortex that allowed temperatures to drop much farther south than normal. That meant temperatures in parts of the Midwest were lower Wednesday than in parts of Antarctica.

Officials in several cities are focused on protecting vulnerable people from the cold , including the homeless and those living in substandard housing. Some buses were turned into mobile warming shelters in Chicago.