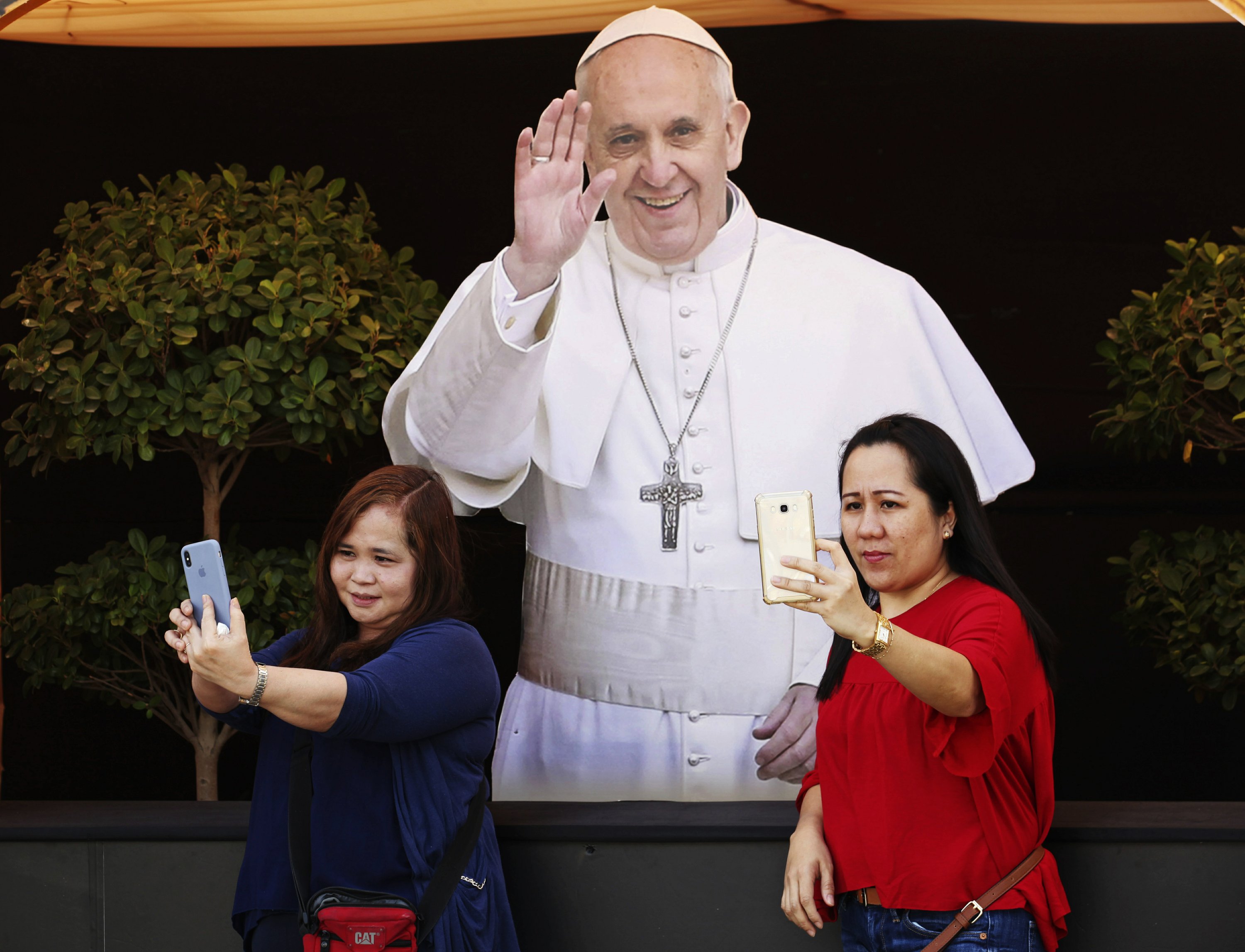 DUBAI, United Arab Emirates — At St. Mary’s Catholic Church in Dubai, an effort to transcribe the Bible in the native tongue of its flock saw the holy book presented in 52 languages — a sign of the cosmopolitan welcome awaiting Pope Francis’ upcoming visit to the United Arab Emirates.

The diversity among its parishioners can be seen in its pews and heard in the sermons of St. Mary’s priests, who celebrate Mass and offer prayers in Arabic, English, French, Tagalog, Tamil, Urdu and other languages.

The church, they say, offers an anchor for the Roman Catholics among the UAE’s vast foreign labor force, many of whom live in this federation of seven sheikhdoms alone while their families stay home.

“The whole world meets here in a way,” said the Rev. Lennie Connully, the parish priest of St. Mary’s. “We have people from all over.”

Pope Francis’ visit from Feb. 3 through Feb. 5 marks the first papal visit to the Arabian Peninsula, the birthplace of Islam. The pontiff will visit Abu Dhabi, the headquarters of the Catholic Church’s Apostolic Vicariate of Southern Arabia, which covers the UAE, Oman and Yemen.

There are nine Catholic churches in this federation of seven sheikhdoms governed by hereditary rulers; four other Catholic churches are in Oman. The Catholic flock’s rapid growth followed the discovery of oil in what was previously known as the Trucial States. Officials consecrated the first Catholic church in Abu Dhabi in 1965.

As Abu Dhabi became a major oil exporter and Dubai grew into the skyscraper-studded city it is today, the Emirates’ rapid economic expansion drew millions of foreigners to everything from white-collar office jobs to hard-hat construction work. Of the over 9 million people now living in the UAE, around 1 million are Emirati while the rest are foreign-born.

In 2010, there were an estimated 940,000 Christians living in the UAE, according to a 2015 Pew Research Center report, including 750,000 Catholics. The report suggests the number of Christians in the UAE would rise to about 1.1 million by 2020, with Catholics making up the lion’s share. The Catholic Church itself believes there are some 1 million Catholics in the UAE today.

The backbone of that population is Filipino and Indian. Life for them and others can be incredibly difficult as many move to the UAE often leaving their families and loved ones back home.

“The church is a base for them. They are far away from their homes,” Connully said. “They don’t have an extended family to support them. That family atmosphere is created here.”

Rulers in the UAE, which has described 2019 as the nation’s “Year of Tolerance,” have supported the Catholic community in the past by donating land for their churches. However, there are limits in this Muslim nation.

Proselytizing by non-Muslims remains illegal. Islam is enshrined as the UAE’s official religion in the country’s constitution, with government websites even offering online applications to convert. Conversion from Islam to another religion, however, is illegal, the U.S. State Department has warned. Blasphemy and apostasy laws also carry a possible death sentence.

At St. Mary’s and other churches, crosses are for the most part carefully concealed behind compound fences. There are no bells that toll to mark the start of services, though loudspeakers on minarets proclaim the call to prayers, like at the mosque across the street from St. Mary’s.

Despite facing restrictions, Christians in the UAE have never faced the violence that has targeted those in Syria and Iraq during the rise of the Islamic State group and other militants. Coptic Christians, a minority in Egypt that has faced extremist attacks in their homeland, also can safely worship.

In recent years, militant attacks have only exacerbated a “long, slow decline” of Christianity in the wider Middle East that began with mass migrations of the 19th Century, said Robin Darling Young, a professor studying church history at the Washington-based Catholic University of America.

The growth of ultraconservative Islamic beliefs, like Wahhabism in Saudi Arabia, coupled with the creation of independent states, further fueled that, she said. America’s 2003 war in Iraq and the chaos that followed made it even worse, she said.

“Particularly in areas where Wahhabi Islam is strong, like the Arabian Peninsula, Christians have been subject to more restrictions,” Young said. “The UAE is trying to make itself look better to the West by permitting, under certain restrictions, public Christian worship.”

Catholics in the UAE, however, make a point to thank the UAE’s ruling sheikhs for being able to worship freely. During a recent Mass at St. Mary’s, the Father Andre Francisco Fernandes led worshippers in a prayer asking for God’s blessings upon “the rulers of the UAE,” specifically naming UAE President and Abu Dhabi ruler Khalifa bin Zayed Al Nahyan and Dubai’s ruler, Sheikh Mohammed bin Rashid Al Maktoum.

Fernandes’ sermon that day focused on the parable of the loaves and the fishes, the story of Jesus Christ feeding a crowd of 5,000 with just five loaves of bread and two fish. The priest urged those listening to keep their faith and view the world with an open heart.

“Every day, miracles are happening,” he told parishioners. “We need to believe.”