Peace with the Taliban? Trump warned of Afghan pullout risks 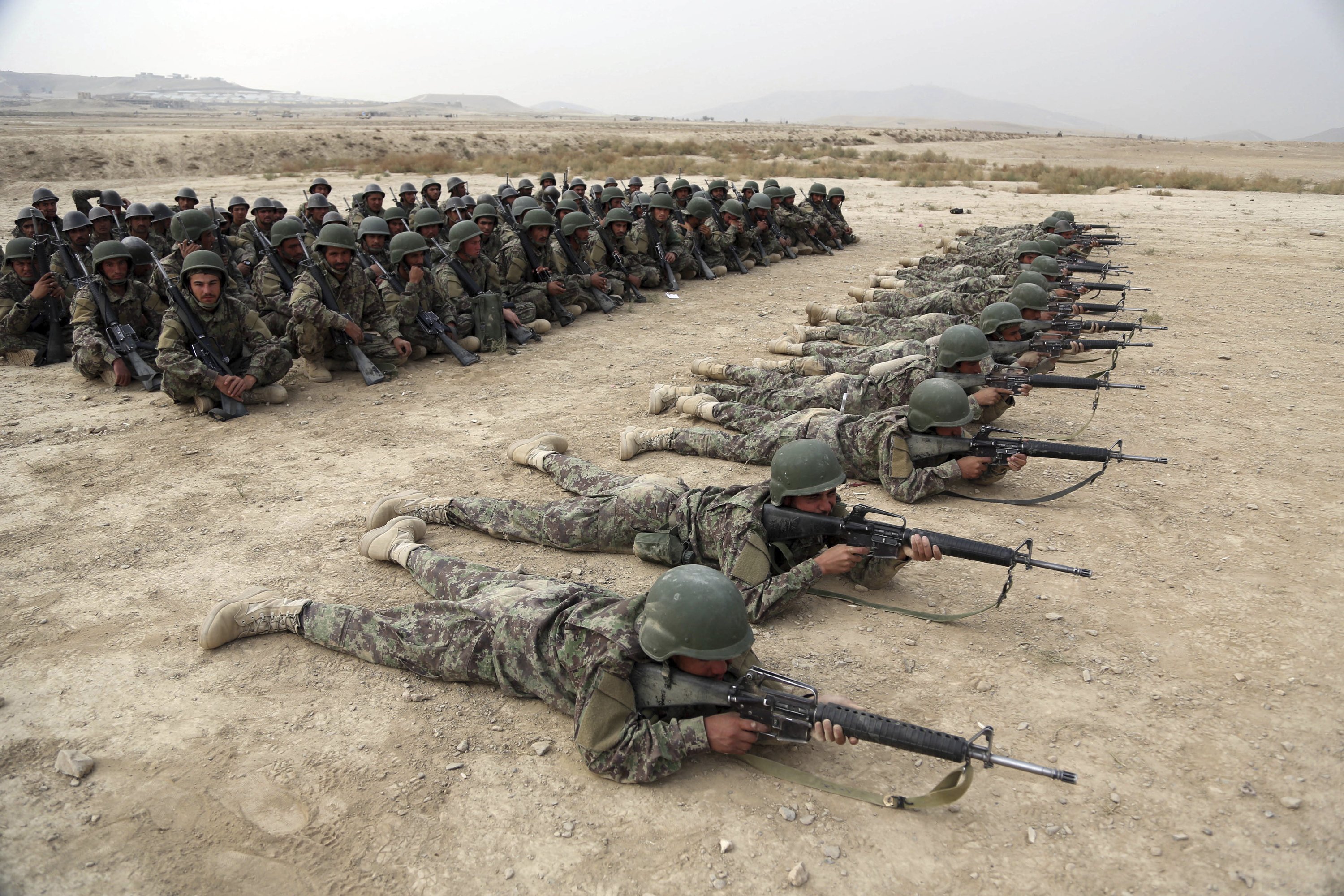 WASHINGTON — Trump administration claims of progress in talks with the Taliban have sparked fears even among the president’s allies that his impatience with the war in Afghanistan will lead him to withdraw troops too soon, leaving the country at risk of returning to the same volatile condition that prompted the invasion in the first place.

Discussions between a U.S. envoy and the Taliban are advancing weeks after the administration said it wanted to begin drawing down troops in Afghanistan. That has prompted some critics to note that President Donald Trump is telegraphing a withdrawal — the same thing he accused President Barack Obama of doing by saying he wanted to end the American combat mission in 2014.

“It’s an effort to put lipstick on what will be a U.S. withdrawal,” said Ryan Crocker, a former U.S. ambassador to Kabul under Obama.

A negotiated settlement to America’s longest war poses a dilemma for Trump. He has often declared he wants to end lengthy overseas military entanglements, something he made clear in December by declaring the Islamic State group defeated in Syria and announcing he was pulling 2,000 American troops from that country over the objections of his top foreign policy advisers.

The stakes are higher in Afghanistan, a conflict that has cost 2,400 American lives and hundreds of billions in taxpayer dollars. The U.S. invaded the country to oust the Taliban and al-Qaida in October 2001 in response to the Sept. 11 terrorist attacks, and the CIA director warned as recently as Tuesday that Afghanistan could once again become a terrorist haven.

But now even fellow Republicans worry that reports of progress will embolden Trump to withdraw troops from Afghanistan before the region is stable and will reintroduce the conditions that first ensnared America in the conflict. The Taliban now control nearly half the country and carry out near-daily attacks, and foreign-policy experts fear that any progress on protecting women and minorities in the country could be lost if the militant group is once again part of the government.

The top Republican in Congress, Senate Majority Leader Mitch McConnell, cautioned the president against a hasty exit from the war.

“While it is tempting to retreat to the comfort and security of our own shores, there is still a great deal of work to be done,” McConnell said Tuesday. “And we know that left untended, these conflicts will reverberate in our own cities.”

James Dobbins, special representative for Afghanistan and Pakistan during the Obama administration, said Trump “seems to have abandoned” the conditions-based strategy he espoused in 2017. The future of troops in Afghanistan is anybody’s guess, he said.

“I don’t think anybody, including probably him, can predict his behavior,” Dobbins said.

White House press secretary Sarah Sanders said Tuesday that the administration’s priority is to “end the war in Afghanistan, and to ensure that there is never a base for terrorism in Afghanistan again.” Afghan officials hope Trump will explain his intentions in further detail during his State of the Union address next week.

Taliban officials, who spoke to The Associated Press on condition of anonymity because they were not authorized to speak to the media, said that the two sides had reached an understanding about the withdrawal of U.S. and NATO troops and that the militant group had made assurances that Afghan soil would not be used again for attacks against the United States or others.

On the U.S. side, Trump’s Afghanistan envoy, Zalmay Khalilzad, said, “Nothing is agreed until everything is agreed, and ‘everything’ must include an intra-Afghan dialogue and comprehensive cease-fire.”

That’s something the Taliban have refused to do, though they said Wednesday that they aren’t seeking a monopoly on power in a future Afghan administration but are instead looking for ways to co-exist with Afghan institutions —“tolerate one another and start life like brothers.”

If the Taliban agree to talk to the Afghan government and stop fighting while they do so, the negotiations could be a “significant step,” Dobbins said. If they don’t agree, “then the whole thing is null and void.”

Moreover, he said, the U.S. should stay until a peace deal between the Taliban and Afghan President Ashraf Ghani’s government is implemented.

Nicholas Burns, a career foreign service officer and former undersecretary of state during George W. Bush’s administration, said he thinks Trump is right to find a way to bring U.S. troops home from Afghanistan. But he, too, thinks that the president’s impatience is the driving force behind current talks with the Taliban.

“I think there’s an advantage to going slowly here,” said Burns, who is now at the Harvard Kennedy School of Government. “Go quickly and we risk giving away too much to the Taliban.”

The Pentagon has been developing plans to withdraw as many as half of the 14,000 U.S. troops still in Afghanistan.

Acting Defense Secretary Pat Shanahan told reporters Tuesday that there has been no change in the U.S. military strategy in Afghanistan, which is to force the Taliban to the peace table by realigning troops to train and advise Afghans and by getting greater support from the region.

Talks led by Khalilzad must be given time to work, Shanahan said. Yet nobody knows how long Trump is willing to wait.

In November, Khalilzad told Afghan journalists that he wanted to see concrete results by spring. Trump gave Khalilzad six months to show results, according to a former Afghan official, who is privy to details about the negotiations and spoke on condition of anonymity to protect his sources of information about the talks.

The official said the militant group refuses to negotiate with the current Afghan government and insists on the creation of an interim government. Once that happens, the group wants to convene a grand national assembly to change the Afghan constitution to make it more to their liking, the former Afghan official said.

The official said the Taliban don’t see that a U.S. pledge to withdrawal is contingent on a cease-fire and a requirement to negotiate with the Afghan government. Moreover, the official said, Ghani remains upset that the U.S. is talking to the Taliban without representatives from his government present.

It also remains unclear how the U.S. could verify Taliban pledges that terrorist groups won’t use Afghanistan as a staging area for attacks.

“If there were an eventual peace agreement,” CIA Director Gina Haspel told a Senate panel on Tuesday, “a very robust monitoring regime would be critical and we would still need to retain the capability to act in our national interest if we needed to.”