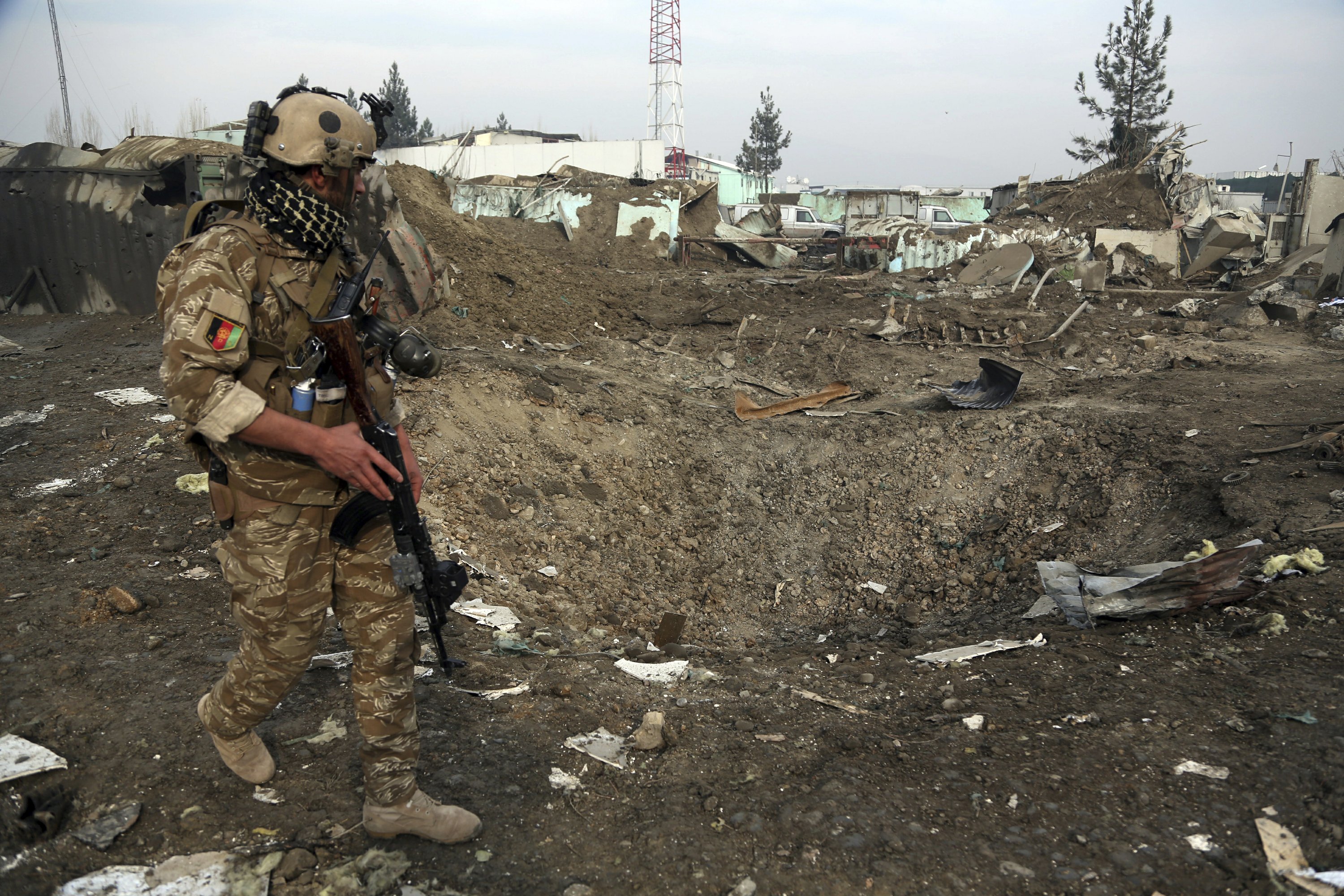 WASHINGTON — As the Trump administration pushes for peace in Afghanistan, a new U.S. watchdog report says Afghan security forces are shrinking, gaps in security are growing, and the Taliban are largely holding their own despite a surge in American bombing.

Gauges of battlefield momentum have changed little over the past year, according to a watchdog agency known as the Special Inspector General for Afghanistan Reconstruction. In a report to Congress on Thursday, it said the Afghan government controls or influences 54 percent of districts, down from 56 percent a year earlier, and the Taliban’s share slipped from 14 percent to 12 percent. Contested territory increased from 30 percent to 34 percent.

The Pentagon insists that military pressure on the Taliban is mounting. Last year the U.S. vastly increased its use of air power in support of Afghan forces. According to U.S. Central Command data, U.S. aircraft dropped 6,823 bombs in the first 11 months of 2018. That compares with 4,361 bombs dropped in all of 2017.

Even so, the Afghan government has been unable to expand its control of the country, and analysts say an outright military victory by either side is beyond reach.

Amid reports that President Donald Trump is considering withdrawing as many as half of the 14,000 U.S. forces in Afghanistan, Afghan President Ashraf Ghani has been publicly emphasizing the sacrifices his troops are making in fighting the Taliban. Ghani was reported to have said at the World Economic Forum in Davos, Switzerland, last weekend that 45,000 Afghan security personnel had died since September 2014. President Barack Obama ended the U.S. ground combat role against the Taliban at the end of 2014 while focusing more on training and advising Afghan forces.

The heavy losses suffered by Afghan forces partly explain why Kabul is unable to build its army and police to their authorized strength of a combined 352,000. Thursday’s inspector general report said the army and police are at a combined total of just over 308,000, down from 312,000 a year earlier and nearly 316,000 in 2016. The cost of arming, training, paying and sustaining those forces falls largely to the U.S. government at more than $4 billion a year.

Although U.S. commanders have long argued they are making progress toward enabling the Afghan government to defend its own people, Trump has said many times that he doubts the wisdom of continuing the war. His Afghanistan envoy, Zalmay Khalilzad, said in recent days the U.S. and the Taliban agreed in principle to a framework for peace, although important elements are yet to be settled, including buy-in by the Afghan government.

Taliban officials, who spoke to The Associated Press on condition of anonymity because they were not authorized to speak to the media, said the two sides had reached an understanding about the withdrawal of U.S. and NATO troops and that the militant group had made assurances that Afghan soil would not be used again for attacks against the United States or others.

Afghan officials hope Trump will explain his intentions in further detail during his State of the Union address next week.

In a report to the Senate Intelligence Committee on Tuesday, Director of National Intelligence Dan Coats said neither the Afghan government nor the Taliban will be able to gain a strategic military advantage in 2019 if U.S.-led coalition support remains at current levels.

“Afghan forces generally have secured cities and other government strongholds, but the Taliban has increased large-scale attacks, and Afghan security suffers from a large number of forces being tied down in defensive missions, mobility shortfalls, and a lack of reliable forces to hold recaptured territory,” his report said.