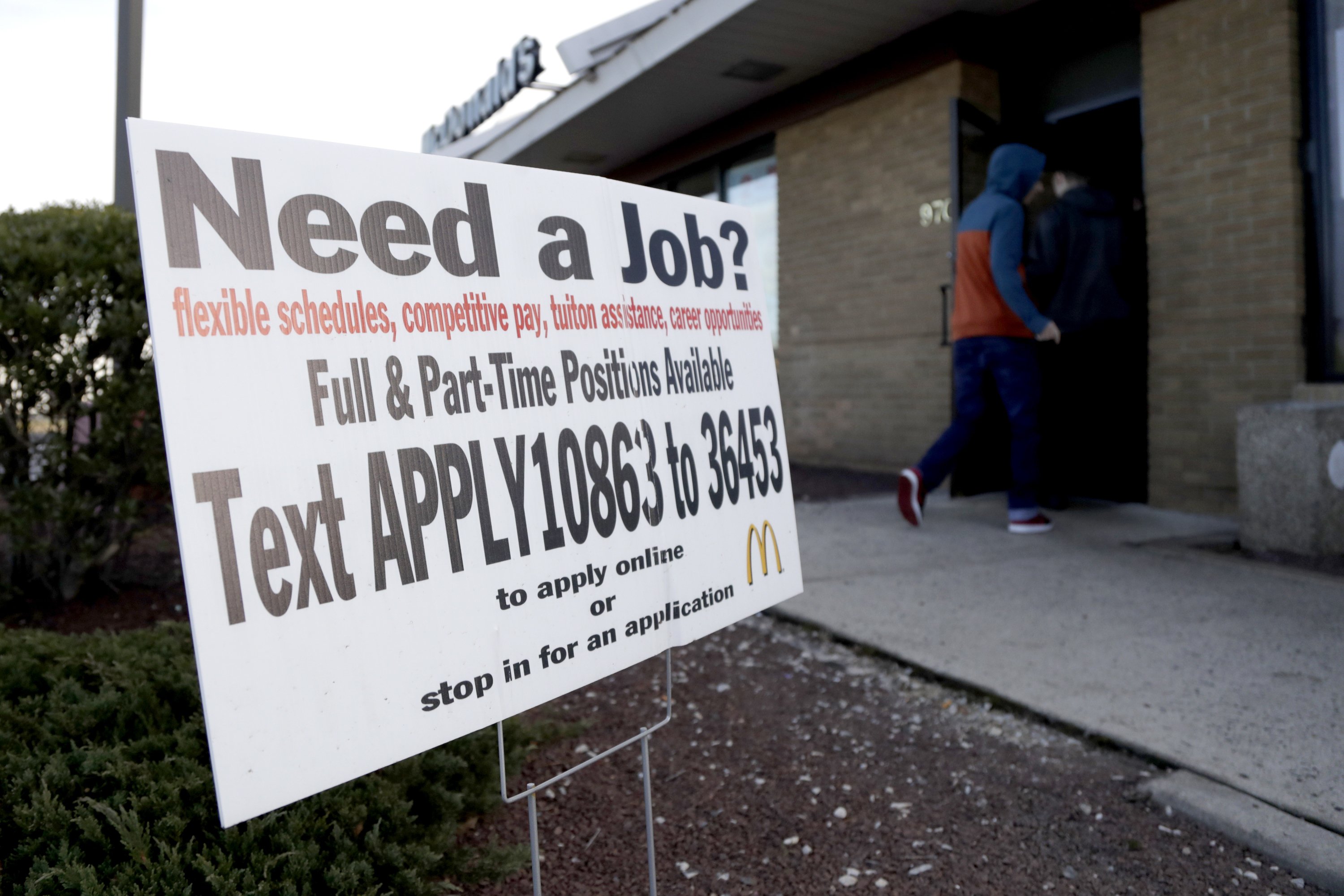 Payroll processor ADP said Wednesday that January’s job gains were lower than the 263,000 added in December, which was revised slightly lower.

ADP’s report does not include government employees and therefore was not directly affected by the government shutdown. Still, the data suggests that the shutdown did not broadly discourage private companies from adding workers. The ADP report frequently diverges from the official figures.

The government will issue its official monthly jobs numbers Friday. Economists are forecasting a smaller gain of 164,000, though that is enough to lower the unemployment rate over time.

While economists are forecasting that growth will slow this year from 2018, hiring is still going strong. Employers added 312,000 jobs in December, the government said earlier this month. The unemployment rate is 3.9 percent, slightly above the lowest level in five decades.

“As long as the job market hangs tough, and continues to create jobs at this pace, the underlying strength of the economy should allow us to navigate through the turmoil,” said Mark Zandi, chief economist at Moody’s Analytics, which helps compile ADP’s figures.

Zandi said there was no sign in the report that the shutdown had any impact on hiring.

But he noted that measures of consumer and business confidence were falling sharply, which could have weighed on growth if the shutdown had continued beyond the 35-day mark.

“The government was reopened in the nick of time,” he said.

Hiring was solid across most sectors, the ADP said: Education and health care added 38,000 jobs, while professional and business services, which include high-paying occupations such as accounting, engineering, and architects, gained 46,000.