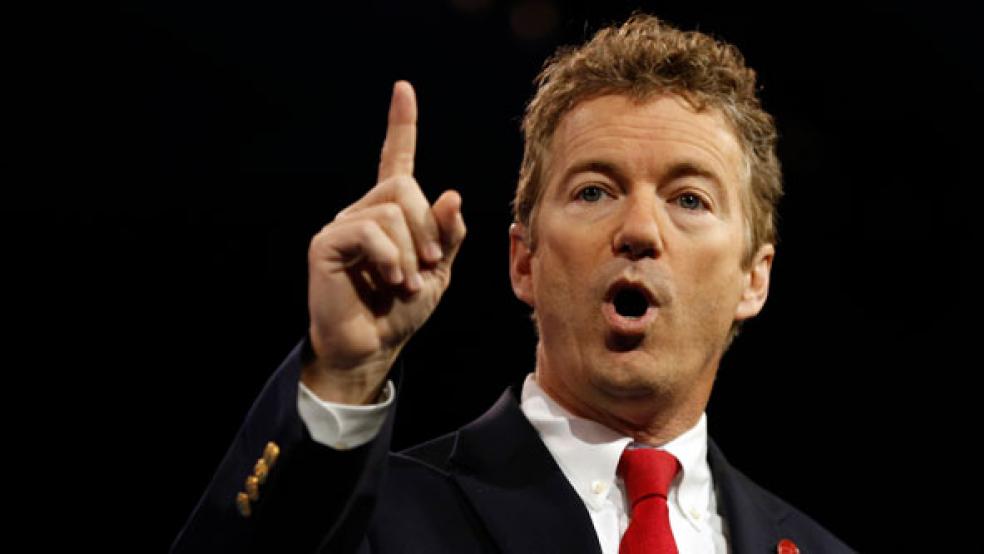 Republican Senator Rand Paul of Kentucky is perhaps the most conservative senator who will side with Democrats to pass a measure against President Donald Trump’s national emergency declaration for a border wall. Paul announced Sunday he will join Republican Sens. Thom Tillis of North Carolina, Lisa Murkowski of Alaska, and Susan Collins of Maine, and likely all 47 Democratic senators, to vote in favor of a bill curtailing the president’s national emergency declaration to build a wall along the southern border.

Even though the four Republican votes would give the Democrats the majority vote to block the border wall, Trump has promised to veto the measure. Congress would need a two-thirds majority to override Trump’s veto, something they certainly would not have the votes to get.

Sen. Paul’s reasoning for acting against President Trump has nothing to do with policy. Although he agrees with President Trump’s position on building a border wall and taking a tough stance against illegal immigration, he said he believes the president’s unilateral decision to build a wall is unconstitutional in an op-ed for Fox News. Paul’s libertarian philosophies advocate for a limited government, and certainly in limits to the power of the executive.

Every single Republican I know decried President Obama’s use of executive power to legislate. We were right then. But the only way to be an honest officeholder is to stand up for the same principles no matter who is in power. https://t.co/jegHmfxDK1

By President Trump acting without the consent of Congress to build a wall, Paul argues that he is acting beyond the scope of his power as allowed by the Constitution. Paul wrote:

“My oath is to the Constitution, not to any man or political party. I stand with the president often, and I do so with a loud voice. Today, I think he’s wrong, not on policy, but in seeking to expand the powers of the presidency beyond their constitutional limits.”

Paul reminded Republicans how they rightfully spoke up after President Obama took unilateral action regarding DACA and the Iran Nuclear Deal.

“I think what is clear in the Senate is that there will be enough votes to pass the resolution of disapproval, which will then be vetoed by the president and then in all likelihood the veto will be upheld in the House,” McConnell said. McConnell also said he was “hoping [President Trump]  wouldn’t take that particular path.”

Senate Republicans are not voting on constitutionality or precedent, they are voting on desperately needed Border Security & the Wall. Our Country is being invaded with Drugs, Human Traffickers, & Criminals of all shapes and sizes. That’s what this vote is all about. STAY UNITED!