Australian party accused of asking US gun lobby for money 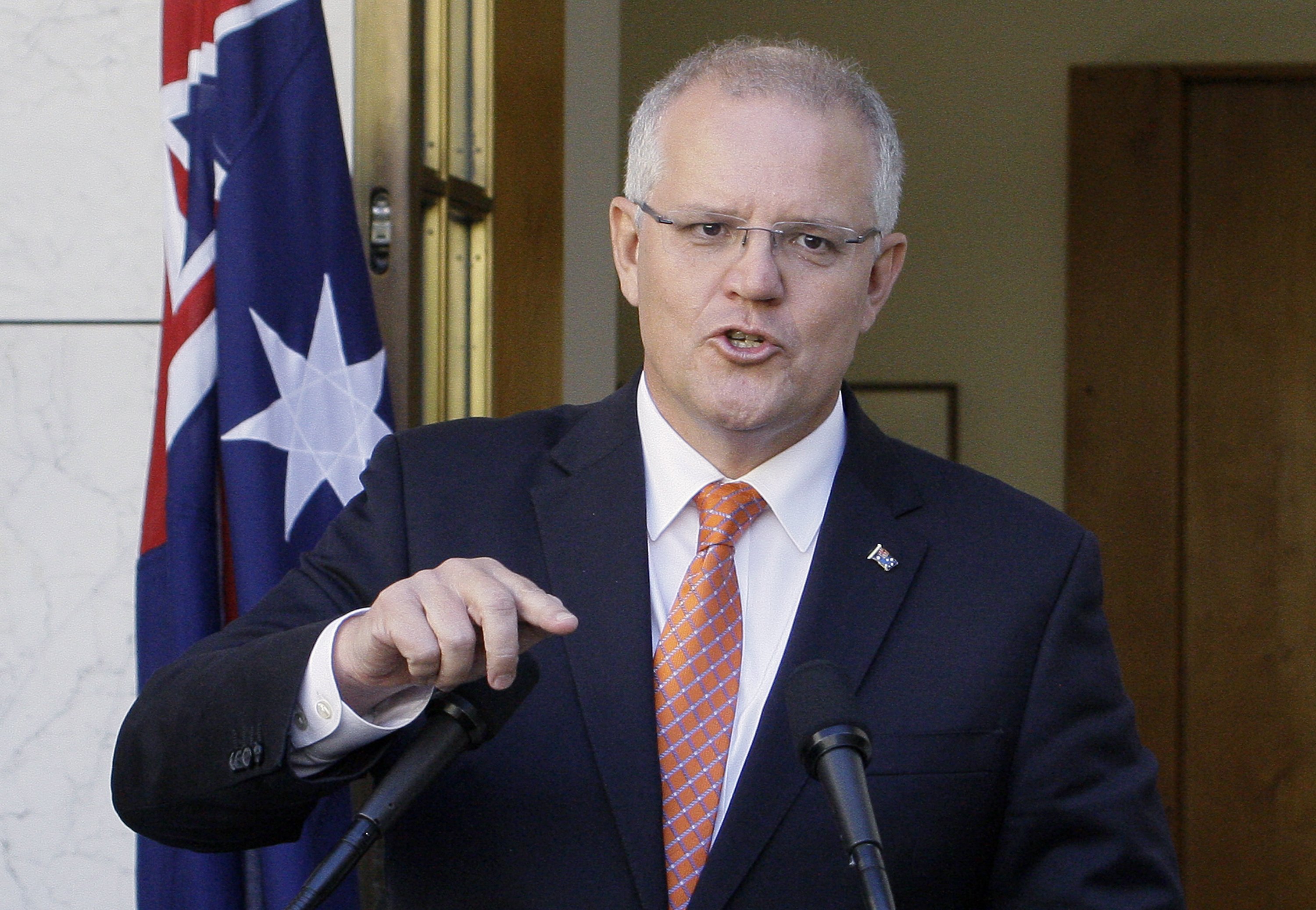 Prime Minister Scott Morrison was responding to an Al Jazeera documentary that reported One Nation party officials Steve Dickson and James Ashby flew to the United States for meetings with pro-gun interests including the National Rifle Association and political donors Koch Industries in September last year for money to undermine Australian gun laws.

The trip took place weeks before the Australian Parliament banned foreign political donations with laws that took from Jan. 1, 2019. It is unclear whether they secured any money.

Morrison said the revelations were reasons why Australians should not vote for One Nation at general elections due in May.

“We have reports that One Nation officials basically sought to sell Australia’s gun laws to the highest bidders to a foreign buyer and I find that abhorrent,” Morrison told reporters.

Morrison said his government had made laws to “criminalize taking foreign political donations so foreign lobbyists cannot seek to influence our politics.”

Opposition leader Bill Shorten, whom opinion polls suggest will be prime minister after the election, accused One Nation of a “betrayal of the Australian political system.”

“The idea of One National political party operatives going to the United States, seeking millions of dollars, promising to water-down gun law protection in Australia — that was absolutely horrifying,” Shorten told reporters.

The Al Jazeera documentary used secret recordings made by a journalist posing as gun lobbyist Rodger Muller with a hidden camera.

One Nation, an anti-Muslim party that had four senators after 2016 election but has been left with two after defections, said in a statement that all party members “have always complied with the law.”

“Al Jazeera are a state owned propaganda arm of the Qatari government that supports Islamic extremist groups and are not a legitimate media organization,” the statement said.

“One Nation was invited by Rodger Muller, who has now been outed as a foreign agent working for Al Jazeera to meet with the NRA, American business leaders and attend the Congressional Sportsmen’s Dinner” in Washington, the statement said.

The NRA did not immediately respond to a request for comment on Tuesday.

Ashby, who is party leader Pauline Hanson’s chief of staff, is recorded saying that the party would “own” both the Australian Senate and House of Representatives with a $20 million donation from the U.S. gun lobby. This means the party would hold the balance of power in both chambers and influence a government’s legislative agenda.

Ashby also warned that if such a donation became public, it would “rock the boat.”

The news followed the mosque attacks in New Zealand on March 15 for which an Australian white supremacist has been charged with murder. New Zealand has responded by banning a range of semi-automatic weapons and foreshadowing a government-funded buyback of newly outlawed guns. The country’s response is similar to how Australia strengthened its gun laws following the murders of 35 people by a lone gunman in 1996 in Tasmania.

One Nation state president Steve Dickson, who is a Senate candidate at the next election, traveled with Ashby and Muller to the United States to ask for political donations, Al Jazeera reported.

Dickon told NRA officials that the Australian gun control model “will poison us all, unless we stop it,” Al Jazeera reported.

A former One Nation senator who is now an independent lawmaker, Fraser Anning, has been widely criticized for blaming Muslim immigration for the New Zealand massacre.

Hanson, One Nation’s leader who was criticized for wearing a burqa in the Senate, voted for the ban on foreign donations in November.

“Overseas money should not have an influence in our political scene …. so I believe foreign donations should be stopped,” Hanson told the Senate.