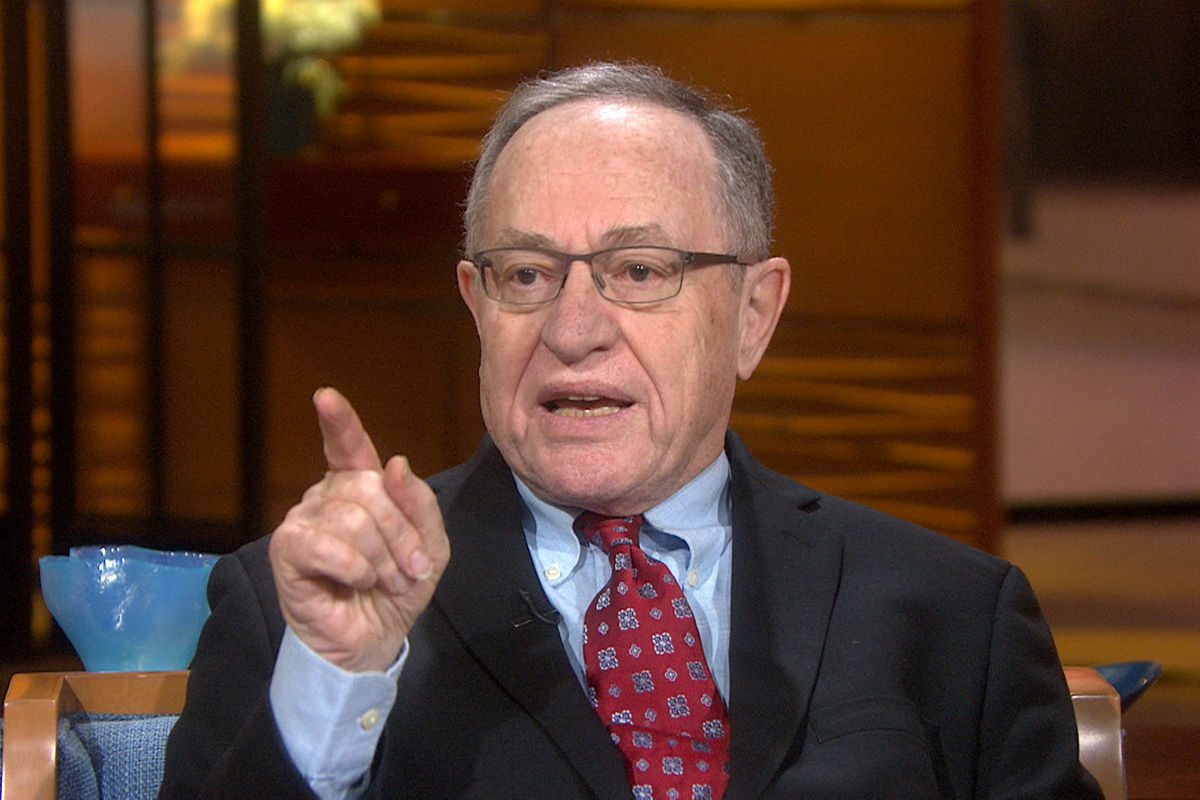 Noted lawyer and Harvard law professor Alan Dershowitz has weighed in with his thoughts on Attorney General William Barr’s four-page letter summarizing Special Counsel Robert Mueller’s report on alleged collusion between the Trump campaign and Russia during the 2016 election.

“The president is completely off the hook with respect to any illegal conspiracy with Russian influence in the 2016 election. The special counsel found no evidence and has concluded that no crimes were committed by the President. That is total exoneration,” Dershowitz wrote in an op-ed for the Boston Globe on Monday.

However, Dershowitz criticized the fact that Mueller’s “report will lay out the arguments for and against the president having obstructed justice.”

“How is this different from what former FBI director James Comey did when he announced that Hillary Clinton would not be charged with a crime, but her conduct was extremely careless? Many experts, as well as lay people, were critical of Comey’s public statement that went beyond simply announcing that Clinton was not going to be indicted. Many Democrats believed Comey’s criticism of Clinton may have had political implications and damaged her campaign.”

Now, Dershowitz is saying that Mueller’s arguments “for and against the president having obstructed justice” could be used by the Democrats in the 2020 presidential race.

“Recall that as fair as the Mueller investigation may have been, it was still a one-sided affair conducted only by prosecutors based on testimony that was not cross-examined and evidence that was not subject to adversarial testing. Is it fair therefore, for the special counsel to disclose his one-sided conclusions that are critical of the subject of his investigation?” Dershowitz wrote.

While Dershowitz says “many civil libertarians have long opposed prosecutorial statements that go beyond thumbs up or thumbs down on an indictment,” he does not go as far as to call for the report to remain private. He points that out that “most civil libertarians will remain silent in this case because the person being criticized by prosecutors is Trump.” This is definitely the case.

Several Democratic candidates running for president have nonetheless called for the entire report to be released immediately.

As Donald Trump said, “Let it come out." I call on the Trump administration to make Special Counsel Mueller's full report public as soon as possible. No one, including the president, is above the law.

Release the Mueller report to the American people.

The Mueller report should be released to the public. This decision is not about politics but about protecting our democracy. Now is the time to do the right thing. The American people deserve the truth. -AK #ReleaseTheReport

Because of this pressure from Democrats, it is more likely that refusing to release the report would cause more political harm to the Republican Party as opposed to simply complying with the demands to release it. In the coming days and weeks, we’ll see if the Republicans cave to the pressure.