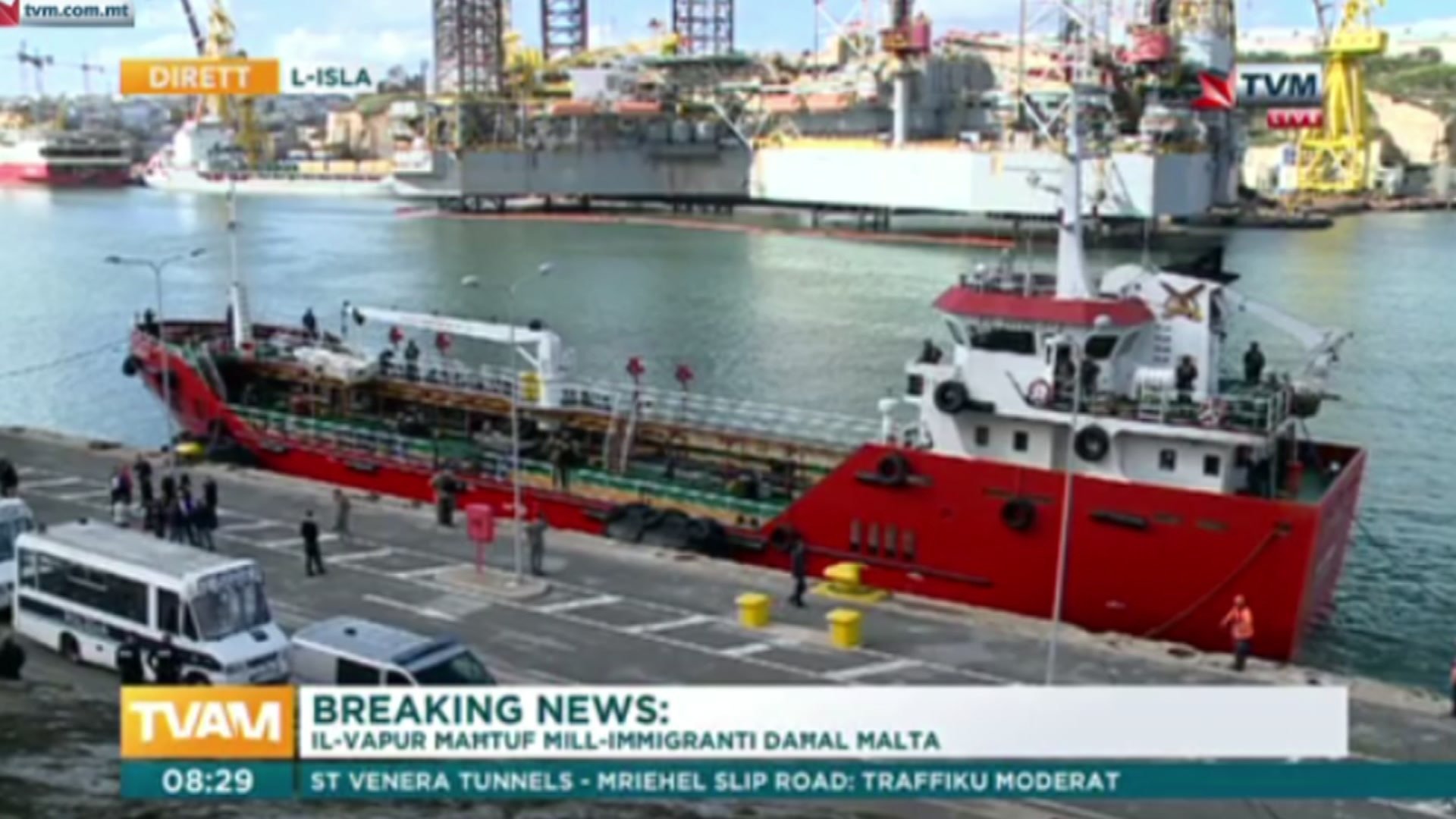 VALLETTA, Malta — The Latest on a ship seized by migrants in the Mediterranean (all times local):

Four migrants have been handcuffed and escorted off an oil tanker that was hijacked at sea, after Maltese special forces restored control of the captain.

The El Hiblu 1 arrived in Malta Thursday morning under armed forces escort with more than 100 migrants on board. Images showed armed military on the deck as migrants milled about nearby. Several police vans were parked on shore waiting to take the migrants into custody. Four men who were led off in handcuffs were believed to be suspects in commandeering the vessel.

The rescued migrants were resisting being returned to Libya, where humanitarian groups say they face abuse and even torture. Italy’s interior minister called it an act of piracy. But the humanitarian group Sea Watch disputed that term, saying the actions “were in self-defense against the deadly consequences forced upon them by Europe’s inhumane border policy.”

A tanker that had been hijacked by migrants it had rescued at sea has arrived in a Maltese port after armed forces restored control to the captain.

Several military personnel with weapons could be seen on board the Turkish oil tanker El Hiblu 1 when it arrived at port in the capital, Valletta, Thursday morning. Armed forces said that the migrants would be turned over to police for investigation.

A Maltese special operations team had earlier boarded the ship, returning control to the captain, who sailed to Malta under military escort.

Authorities in Italy and Malta said that the migrants had hijacked the ship on Wednesday after it rescued them in the Mediterranean Sea, and forced the crew to put the Libya-bound vessel on a course north toward Europe.

Malta armed forces say a special operations team has seized a tanker that was hijacked by migrants and it is now heading to a Maltese port with the migrants and crew.

Malta armed forces said Thursday that control of the vessel was returned to the captain and it was being escorted and monitored to Malta, where the migrants will be handed over to police for investigation.

Authorities in Malta and Italy said the migrants had hijacked the cargo ship after it rescued them in the Mediterranean Sea and forced the crew to put the Libya-bound vessel on a course north toward Europe. The tanker had rescued about 120 people before it was taken over in what Italy’s interior minister described as “the first piracy on the high seas with migrants.”