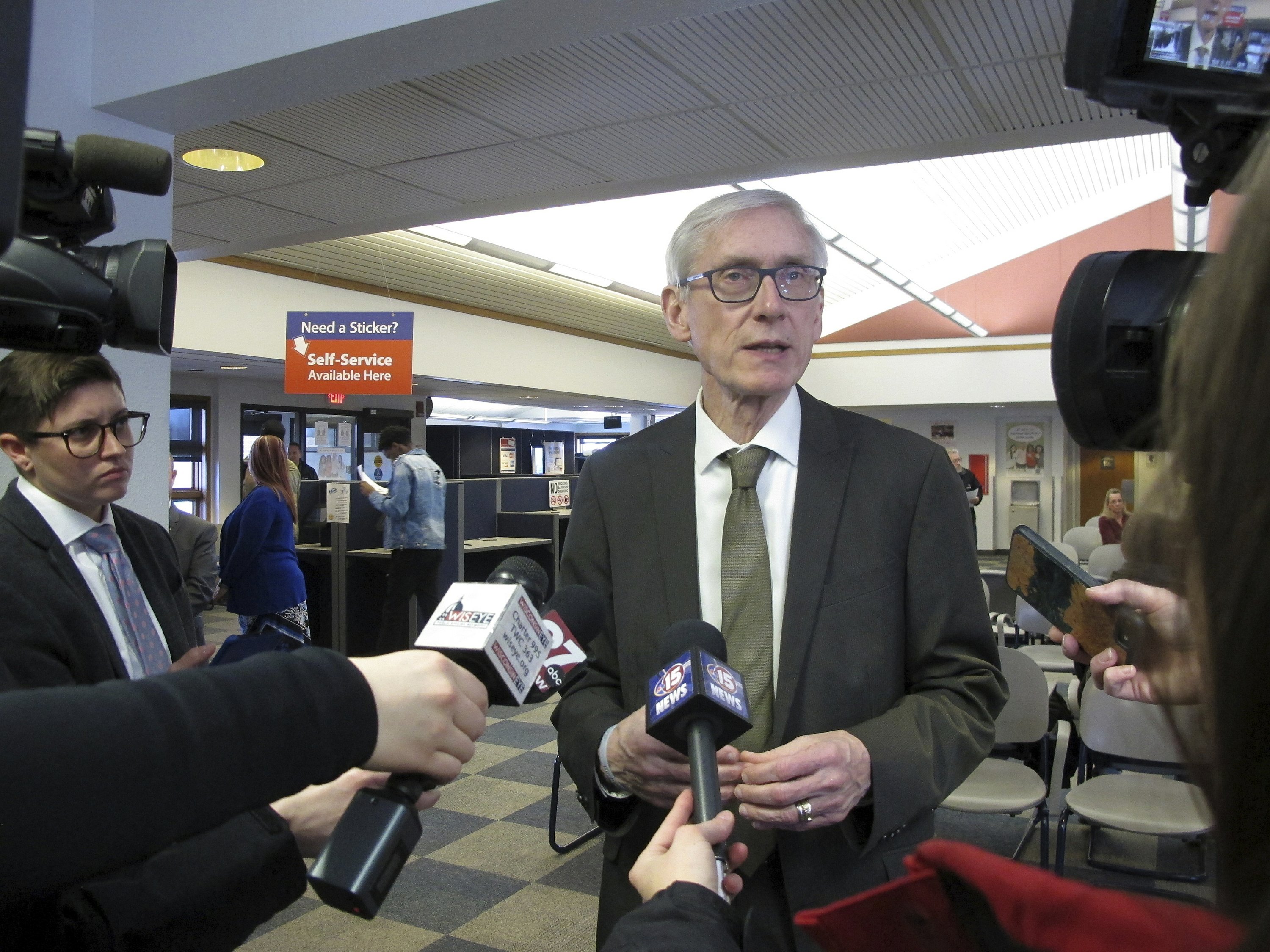 MADISON, Wis. — A Wisconsin appeals court on Wednesday reinstated laws Republicans passed during a lame-duck session to weaken the Democratic governor and attorney general, but the statutes remain blocked because of a ruling in a separate case.

The 3rd District Court of Appeals essentially wiped out that ruling Wednesday by granting a GOP request for a stay. The court said Niess underestimated Republicans’ chances for success on appeal as well as the harm that blocking potentially valid legislation can cause.

But on Tuesday another Dane County judge, Frank Remington, invalidated portions of the laws that directly affect Evers and Kaul on different grounds in a separate lawsuit. That ruling stands despite the appeals court’s stay, which means those provisions remain unenforceable.

The laws prohibit Evers from withdrawing from lawsuits without legislative approval, a move designed to prevent him from fulfilling a campaign pledge to pull Wisconsin out of a multistate lawsuit challenging the Affordable Care Act. The laws prevent Kaul from settling lawsuits without legislative approval and require him to deposit settlement awards in the state general fund rather than in state Department of Justice accounts.

The measures also force state agencies to review publications explaining how they interpret state law by July or else take the documents down, allow lawmakers to suspend agency regulations multiple times and grant the Legislature the right to intervene in lawsuits with its own attorneys rather than use Kaul’s DOJ lawyers. Before the laws were enacted the Legislature had to ask a judge for permission to intervene.

Republicans also confirmed 82 of Walker’s appointments during the lame-duck session.

Niess’ ruling blocking the legislation stems from a lawsuit a coalition of liberal-leaning groups filed. They allege that the laws were passed during an illegal extraordinary session. Extraordinary sessions are previously unscheduled floor periods called by the majority party. The groups contend the Legislature can meet only according to dates it adopts the beginning of each biennium or at the call of the governor.

Empowered by the Niess’ ruling, Evers has asked Kaul to pull the state out of the Affordable Care Act lawsuit and has rescinded all 82 Walker appointments.

Jeffrey Mandell, an attorney for the coalition, said the groups are disappointed with the stay but remain confident they’ll defeat a Republican appeal.

Remington’s ruling, meanwhile, is part of a separate lawsuit brought by a group of unions.

They allege the laws violate the separation of powers between the legislative and executive branches. Remington issued a preliminary injunction Tuesday blocking legislative approval for withdrawing from and settling lawsuits, the publication review and multiple suspensions of agency rules. He let stand language granting legislators the right to intervene in actions, however.

“A judge should not violate the Legislature’s basic ability to convene when its duly elected members call a session day,” they said.