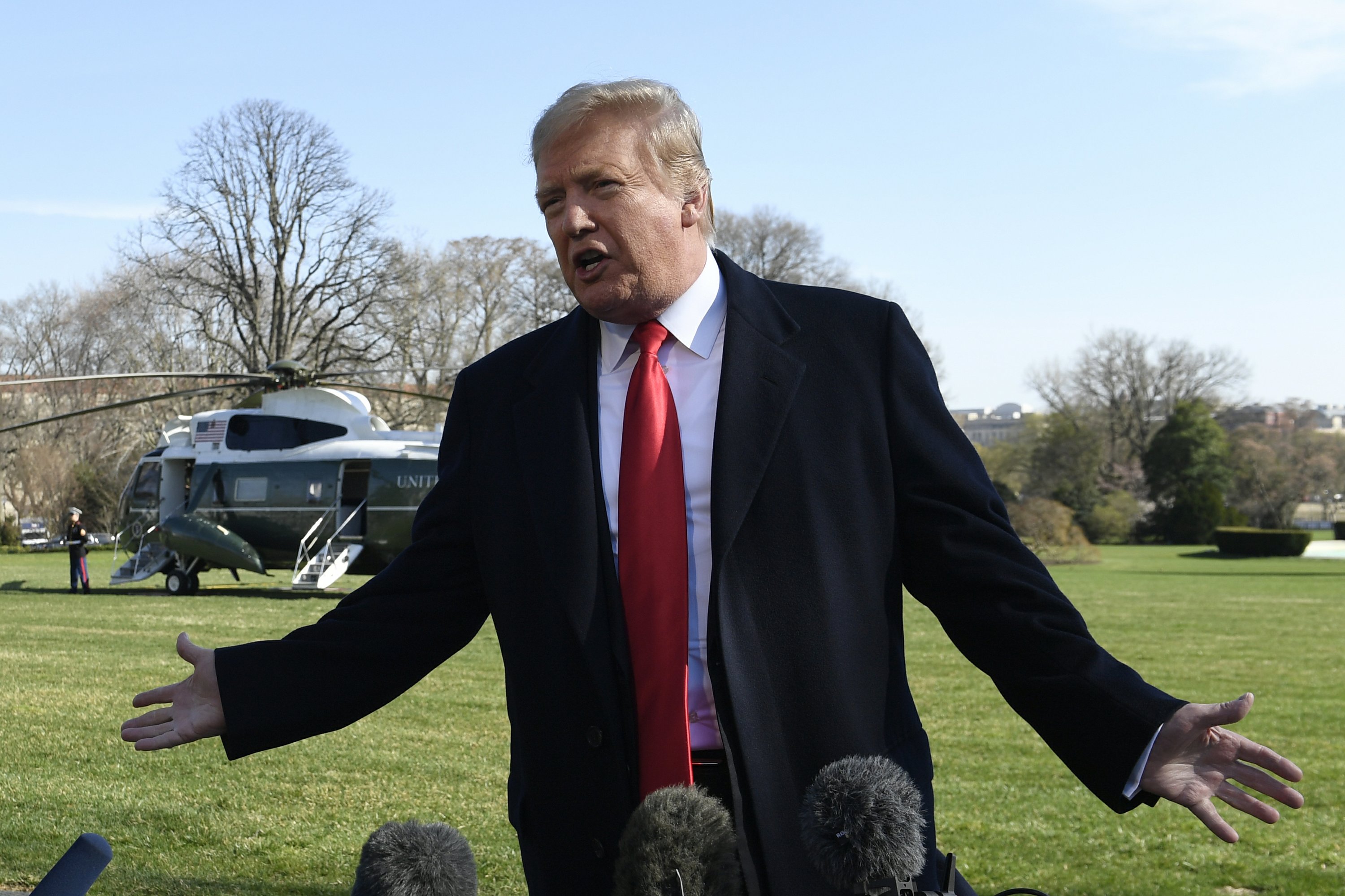 WASHINGTON — President Donald Trump says he is backing off his budget request to eliminate funding for the Special Olympics, reversing course on a proposal that was unlikely to be approved by Congress after days of bipartisan criticism.

Speaking to reporters Thursday as he left the White House for a rally in Michigan, Trump said he had authorized funding for the organization. “I heard about it this morning. I have overridden my people. We’re funding the Special Olympics.”

Trump’s announcement came after Education Secretary Betsy DeVos spent days defending the proposal, which drew widespread condemnation from lawmakers, as well as advocates and celebrities. The president’s sudden reversal reflected a political desire to move away from a plan that was not expected to pass Congress, but also underscored Trump’s comfort with undercutting top officials.

Said Trump: “I’ve been to the Special Olympics. I think it’s incredible.”

Devos, walking back her defense of the cuts proposal, issued a statement, saying: “I am pleased and grateful the President and I see eye to eye on this issue and that he has decided to fund our Special Olympics grant. This is funding I have fought for behind the scenes over the last several years.”

The remarks were a sharp contrast from her comments to Senate Democrats in a budget hearing earlier in the day. DeVos said her department had to make “tough choices” on the budget and insisted the Special Olympics should be supported through private donations.

In a heated exchange with Sen. Dick Durbin, D-Ill., DeVos said she “wasn’t personally involved” in pushing for elimination of the funding, but she defended it as her agency seeks to cut $7 billion for the 2020 budget. “Let’s not use disabled children in a twisted way for your political narrative,” she said.

The president’s shift Thursday was not the first time he has undermined a top aide. He repeatedly berated former Attorney General Jeff Sessions in public and private and clashed openly with former Secretary of State Rex Tillerson, ultimately firing him in a tweet.

The Trump administration’s education budget proposal called for the elimination of $17.6 million in funding for the Special Olympics, amounting to roughly 10 percent of the group’s overall revenue. Most of its funding comes from individual and corporate contributions and other fundraising efforts.

The Special Olympics is the largest sports organization in the world for people with intellectual disabilities, with over 5 million athletes from 174 countries participating in competitions while spreading a global message of inclusion and empowerment. The organization celebrated its 50th anniversary last year.

Trump officials previously called for the elimination of Special Olympics funding in their budget proposal for 2019, but Congress rejected the idea. Lawmakers from both parties said they would reject it again for 2020.

Durbin told DeVos on Thursday that it would be shameful to pull support for the Special Olympics, saying “someone has to accept responsibility for a bad decision.”

Before Trump’s announcement his campaign sought to use the funding conflict as an attack against Democrats over abortion. Deputy Communications Director Matt Wolking tweeted Thursday: “I’m sure Democrats who see abortion as the cure for Down syndrome and other disabilities are sincerely concerned about kids having the chance to be in the Special Olympics.”

DeVos faced questioning on a range of topics Thursday, including her proposed rewrite of rules around campus sexual assault and her handling of for-profit colleges.

Murray said the Education Department has been too slow to process more than 100,000 applications for loan forgiveness from students who say they were cheated by for-profit colleges. DeVos previously delayed an Obama-era rule allowing such forgiveness, but a federal judge said the delay was unlawful.

Asked on Thursday how many applications had been approved since the judge’s order was issued, DeVos she didn’t know but that officials are “reviewing them regularly.”

Others criticized DeVos’ department for being unresponsive to congressional requests for information. Blunt, chairman of the Senate subcommittee over the education budget, said he shared that concern.

“There are two or three departments we’re just not getting responses back from as quickly as we should,” Blunt told DeVos. “We’re your funding source and have an oversight responsibility in addition to that.”