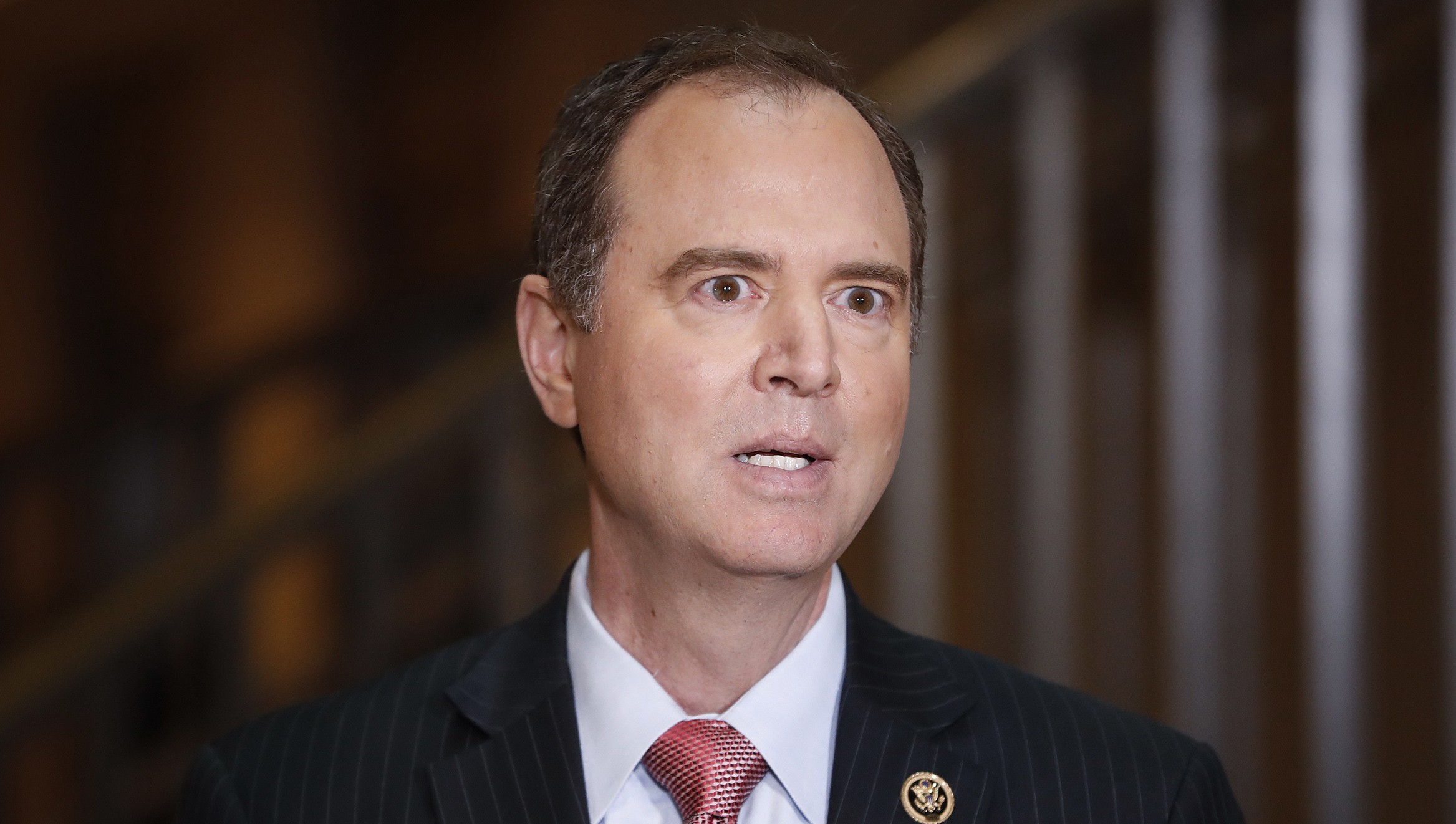 On Thursday, the nine Republican members of the House Intelligence Committee called for its chairman, Rep. Adam B. Schiff (D-Calif.) to step down following his continued comments that there is “significant evidence of collusion” in the media despite Special Counsel Robert Mueller’s report turning up no evidence of collusion between Trump and Russia during the 2016 presidential campaign.

“Your actions both past and present are incompatible with your duty as Chairman of this Committee, which alone in the House of Representatives has the obligation and authority to provide effective oversight of the U.S. intelligence community. As such, we have no faith in your ability to discharge your duties in a manner consistent with your Constitutional responsibility and urge your immediate resignation as Chairman of this Committee,” the letter states, which was read aloud at a hearing Thursday by Rep. Mike Conaway (R-Texas).

The letter continues in saying, “Despite these [Mueller] findings, you continue to proclaim in the media that there is ‘significant evidence of collusion.’ You further have stated you ‘will continue to investigate the counterintelligence issues. That is, is the president or people around him compromised in any way by a hostile foreign power’ … Your willingness to continue to promote a demonstrably false narrative is alarming. The findings of the Special Counsel conclusively refute your past and present assertions and have exposed you as having abused your position to knowingly promote false information, having damaged the integrity of this Committee, and undermined faith in U.S. government institutions.”

The full letter to Schiff can be read below:

Donald Trump Jr. tweeted about the letter on Thursday, calling Schiff “a liar” and “a hack”:

BREAKING: @ConawayTX11 just tore apart America's leading conspiracy theorist & Russia truther Adam Schiff to his face & then introduced a letter signed by all the GOP members of the House Intel Committee calling on him to resign!

Bravo! Schiff is a liar & a hack. #FullOfSchiff

Schiff does not appear to be phased by the attack on him and will not step down. After the letter was sent to him, he tweeted the following:

I say this to the President, and his defenders in Congress:

You may think it’s okay how Trump and his associates interacted with Russians during the campaign.

Trump had a tweet of his own for Schiff.

Congressman Adam Schiff, who spent two years knowingly and unlawfully lying and leaking, should be forced to resign from Congress!