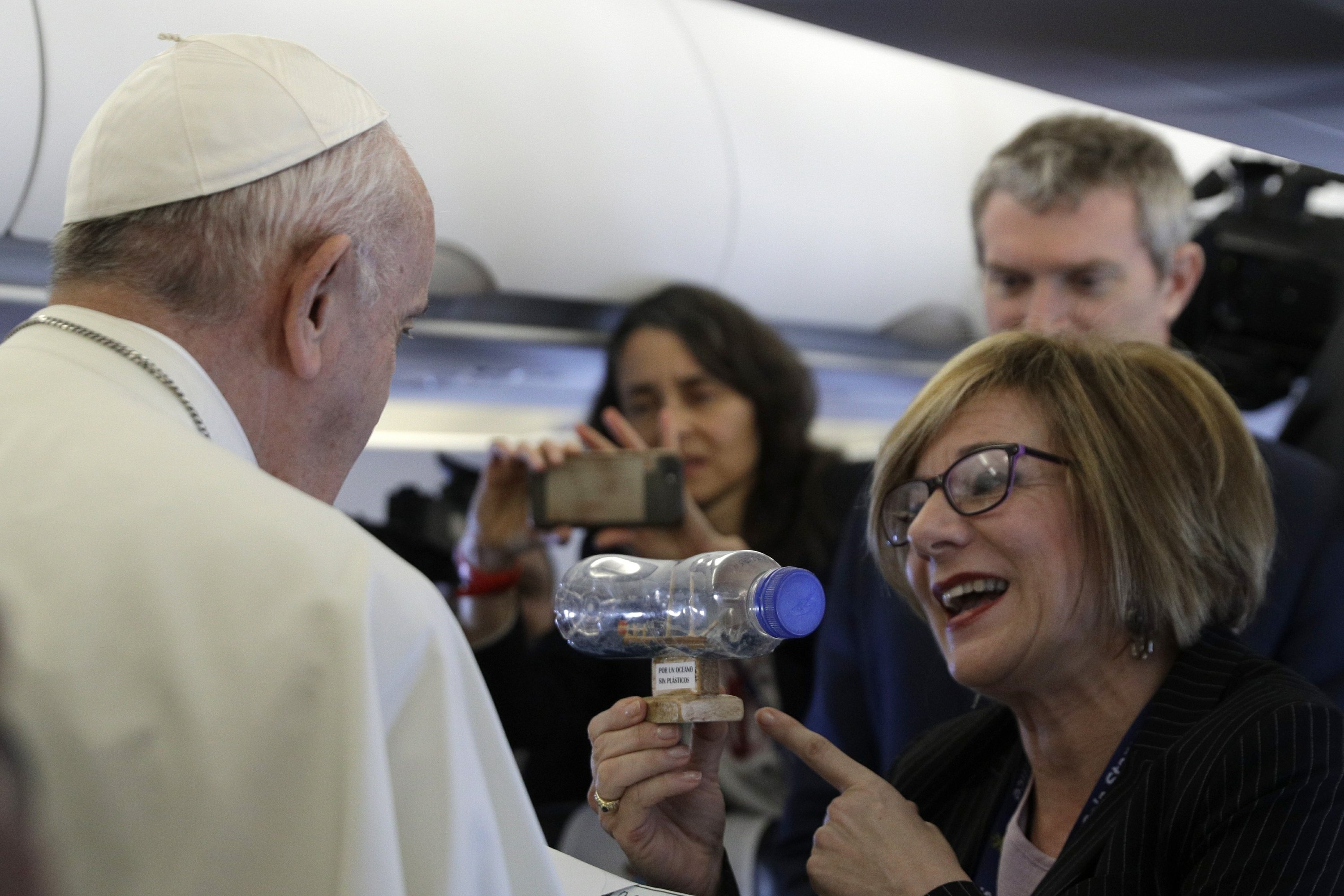 RABAT, Morocco — Pope Francis landed Saturday in Morocco for a trip aimed at promoting moderate Islam and showing solidarity with the plight of migrants at Europe’s door.

Francis will address both issues on his first day in the North African kingdom and will tend to the country’s Catholic minority when he wraps up the visit Sunday with a Mass and a meeting with Moroccan clergy on Sunday.

King Mohammed VI was on hand to greet Francis when he arrived under a pouring rain in Rabat, the Moroccan capital, for a 27-hour visit.

The two then took separate vehicles — Francis in his popemobile and the king in a convertible Mercedes — and paraded in tandem into town for a formal welcome ceremony at the complex where two of Morocco’s past monarchs are buried.

Women ululated as Francis and the king walked along the promenade of the Hassan Tower complex under umbrellas.

The highlight of the trip is likely to be Francis’ visit Saturday to the Mohammed VI Institute, a school of learning for imams that epitomizes Morocco’s efforts to promote a moderate brand of Islam and export it via preachers to Africa, the Middle East and Europe.

Morocco, a Sunni Muslim kingdom of 36 million, reformed its religious policies and education to limit the spread of fundamentalism in 2004, following terrorist bombings in Casablanca in 2003 that killed 43 people.

The weekend trip follows Francis’ February visit to the United Arab Emirates, where the pope and the imam of Cairo’s Al Azhar, the seat of Sunni learning, signed a landmark joint statement establishing the relationship between Catholics and Muslims as brothers, with a common mission to promote peace.

The “Human Fraternity” document outlines a shared set of values and principles common to Christians and Muslims, focusing on the dignity of every person and a rejection of violence committed in God’s name.

Muslims, Christians and Jews have long lived peacefully in Morocco, even though Catholics are a tiny minority of about 23,000. The pope is travelling to Morocco 34 years after St. John Paul II became the first pope to visit.

“As Christians and Muslims, we believe in God the creator and merciful one, who has created men and women and placed them on earth so that they might live together as brothers and sisters, respecting each other’s diversity and helping each other in their need,” Francis said in a video message to Moroccans released on the eve of the trip.

The rising numbers of migrants have put pressures on the kingdom, and become a hot political issue in Spain ahead of that country’s April 28 general election.

Since the start of the year, nearly 47,500 migrants have arrived in Spain by sea, while hundreds have died or gone missing on the dangerous journey, according to the International Organization of Migration.

Morocco’s government says it stopped 68,000 illegal migration attempts last year, and the EU agreed over the summer to give Morocco $275 million to halt the flow of migrants.