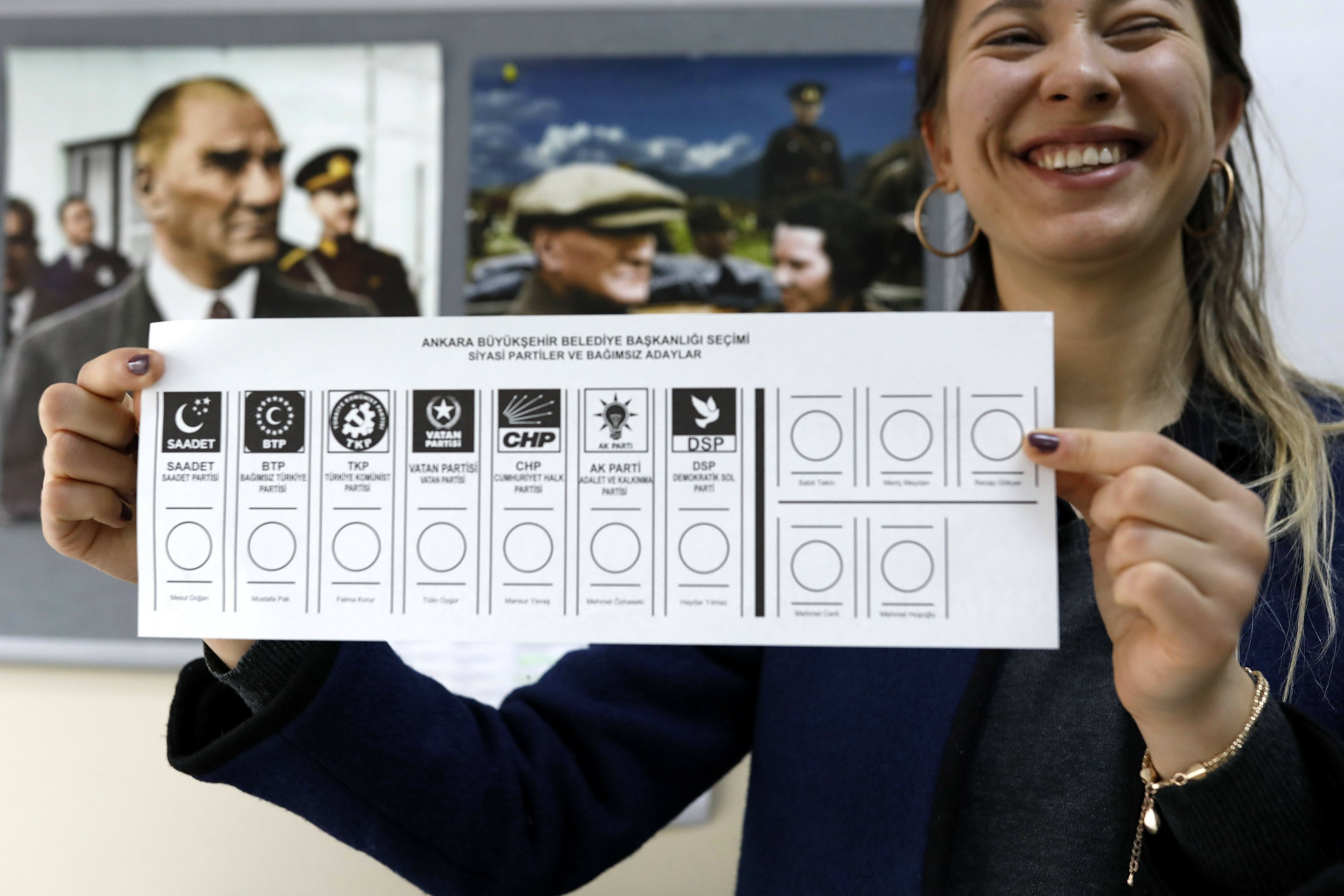 ISTANBUL — Voters in Turkey began casting ballots in Sunday’s municipal elections, which are seen as a barometer of President Recep Tayyip Erdogan’s popularity amid a sharp economic downturn in the nation that straddles Europe and Asia.

More than 57 million eligible voters are making choices in 200,000 polling stations across the country to elect the mayors for 30 large metropolitan cities, 51 provincial capitals and 922 districts. They are also voting to elect local assembly representatives as well as tens of thousands of neighborhood or village administrators.

Erdogan’s past electoral successes have been based on economic prosperity, but with a weakening currency, inflation at double-digit figures and food prices soaring, his conservative, Islamic-based ruling party could lose control of key mayoral seats.

The municipal elections are also a first test for Erdogan since he won elections last year that ushered in a new system that gave him wide powers.

Opposition parties are mostly coordinating strategies and running under alliances in an effort to maximize the chances to unseat ruling party officials.

The main battleground appears to be for Ankara, the capital, where opinion polls have suggested that Mansur Yavas, an opposition alliance candidate, could upset a quarter of a century rule by Erdogan’s Justice and Development Party and its predecessor. Mehmet Ozhaseki, former minister of environment and urban planning, who is running on the ticket for Erdogan and his nationalist allies.

“Whoever wins Istanbul, wins Turkey,” Erdogan has said in election rallies. His rise to power began as Istanbul mayor in 1994.

Erdogan has campaigned tirelessly for his party’s candidates, portraying the country’s economic woes as an attack by enemies at home and abroad, and has framed the race a matter of “national survival.” On Saturday, he spoke at six rallies in Istanbul, which Turkish television stations broadcast live.

Erdogan has been using fiercely polarizing rhetoric against opposition candidates. The ruling party has accused Ankara mayoral candidate Yavas of forgery and tax evasion while also threatening to depose mayors from a pro-Kurdish party —the second largest opposition in parliament— if they win seats in the country’s predominantly Kurdish southeast.

Since 2016, Erdogan’s government has replaced elected mayors in about 100 municipalities held by the pro-Kurdish Peoples’ Democratic Party, replacing them with government-appointed trustees and claiming the ousted officials had alleged links to outlawed Kurdish militants.

The pro-Kurdish party aims to win back those seats. It is also strategically sitting out critical races in Turkey’s major cities, including Istanbul and Ankara, with the aim of sending votes to their secular opposition rival to help challenge Erdogan’s party.