Despite setbacks, Hamas’ grip on Gaza has never been tighter 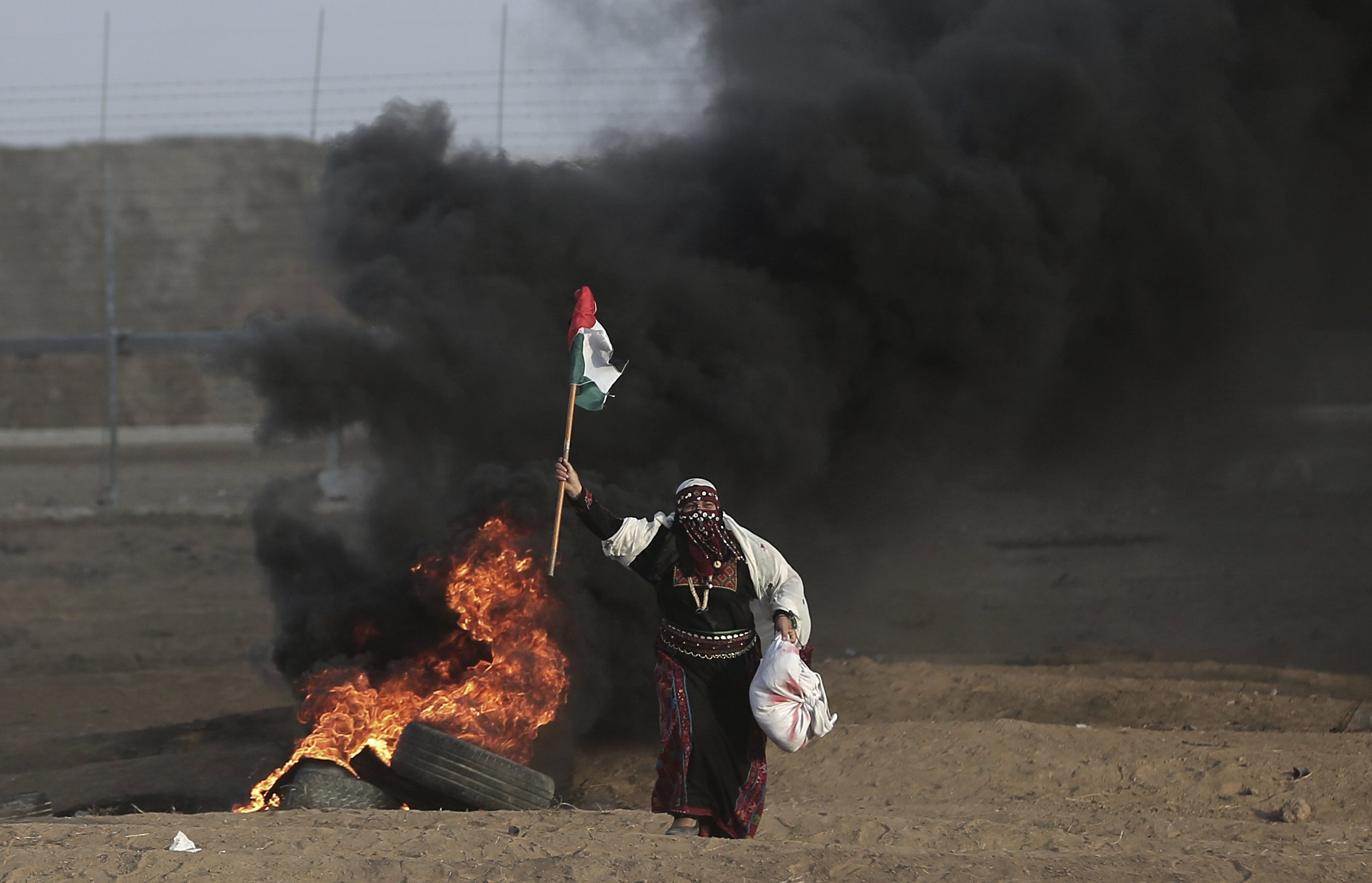 GAZA CITY, Gaza Strip — Over the weekend, Gaza’s Hamas rulers marked a year of bloody, weekly protests that have failed to break the Israeli blockade. Rocket attacks brought a wave of Israeli airstrikes and unprecedented protests broke out against the Islamic militants’ increasingly unpopular rule.

And yet Hamas’ control over Gaza is tighter than ever.

The militants’ rule has been strengthened by an unlikely overlap of interests with Israel’s right-wing government. Neither wants to see an independent state established in all the West Bank, Gaza Strip and east Jerusalem, as the resolution of the Israeli-Palestinian conflict. And Hamas’ refusal to give up power — the asking price of its West Bank-based Palestinian rival for reconciliation — aligns with Israel’s long-standing policy of maintaining a separation between the West Bank and Gaza.

So even though Israel and Hamas have fought three wars and dozens of skirmishes, and even though Hamas remains committed to Israel’s eventual destruction, the two are once again meeting with Egyptian mediators and working to keep things quiet.

Under an emerging arrangement, Hamas would halt rocket fire and keep border protests peaceful in exchange for Israel easing its border blockade and allowing $30 million a month in Qatari aid into the territory. On Sunday, Israel reopened Gaza crossings to limited traffic.

Egypt has brokered short-lived deals in the past, and it is not clear if the current arrangements will last beyond Israel’s April 9 election. In a close race, Prime Minister Benjamin Netanyahu has come under fire for what his challengers say is a Gaza policy that exposes Israel to Hamas blackmail.

In recent weeks, hundreds dared to protest Hamas policies, such as new tax hikes, chanting “We want to live.” Many were jailed and beaten. Protester Amer Balousha, a 27-year-old unemployed law school graduate, said he and others were mistreated in Hamas detention but will not be deterred.

“If the situation does not improve, the protests will continue,” he said.

Hamas has demonstrated that it prefers an understanding with Netanyahu over reconciling with its Palestinian rival, President Mahmoud Abbas.

A deal with Israel would help keep Hamas in power. By contrast, Abbas — who presides over autonomous enclaves in the Israeli-occupied West Bank — wants Hamas to hand control of Gaza to him, a demand the group has repeatedly rejected.

Hamas and Netanyahu both oppose Abbas’ goal of Palestinian statehood in the West Bank, Gaza and east Jerusalem, lands Israel captured in 1967. Hamas seeks to establish an Islamic state in the area encompassing Israel and the war-won lands, while a majority in Netanyahu’s Cabinet and Likud Party reject a two-state solution along the 1967 lines.

Last month, Netanyahu was quoted as saying that those who oppose Palestinian statehood should back his policy of allowing Qatari aid into Gaza and maintaining the separation between the rival Palestinian governments.

“There is a great confluence of interests” between Israel and Hamas, said Tareq Baconi, an analyst at the International Crisis Group think tank. “Netanyahu prefers to deal with Hamas because clear dynamics have been established and Hamas will not seek a final resolution (of the Israeli-Palestinian conflict) from Israel.”

Israel and Hamas have fought three wars, most recently in 2014. In between, there have been repeated cross-border skirmishes and periods of calm brokered by Egypt, which has close security ties with Israel and controls part of the Gaza border.

Israel’s stated reason for the blockade is to contain Hamas and prevent it from rearming, while rights groups denounce the restrictions as collective punishment.

Last summer, amid weekly mass protests along the frontier in which scores of Palestinians were killed by Israeli fire and thousands wounded, Egypt started new cease-fire talks. Hamas hoped they would lead to an easing of the blockade.

Early on, Israel consented to Qatari cash shipments and Hamas pledged to halt rocket fire, but then the talks stalled. In March, with Israel’s election campaign heating up, Hamas sensed an opportunity to apply pressure on Netanyahu to resume negotiations, twice firing rockets into central Israel.

It worked. Two Hamas officials, speaking Sunday on condition of anonymity because of the delicate nature of the renewed truce talks, relished in the group’s apparent leverage. But they also expressed concern any new deal could quickly unravel.

Netanyahu’s main challenger, former army chief Benny Gantz, has said he would handle Gaza differently. His party’s platform pledges a “powerful response to any provocation and violence,” while improving the lives of Gaza civilians and driving a wedge between them and Hamas.

But the plan is short on specifics.

Gantz and two other ex-military chiefs in his team held top command roles in the last three wars with Hamas, exacting a heavy price for rocket fire but coming up against the limits of military action. A consensus has emerged in Israel that Hamas cannot be brought down by force, short of a bloody reoccupation of Gaza.

Yet any easing of the blockade, meant to bring relief to Gaza’s residents, would also prolong Hamas rule.

Abbas has given up on reconciliation with Hamas after years of failed efforts. He has stepped up financial pressure on Gaza, including cutting in half salaries for tens of thousands of ex-civil servants who were replaced by Hamas in 2007 but remained on the Abbas government payroll.

Such cutbacks worsened Gaza’s economic deterioration. But instead of stoking a popular uprising against Hamas, anger turned toward Abbas.

Abbas is also suspicious of multi-million-dollar Gaza development projects proposed by the U.N. and Qatar, with U.S. and Israeli backing. He fears it’s a plot to turn the territory into a Palestinian mini-state and undercut Palestinian political claims to the West Bank and east Jerusalem.

Baconi, the analyst, said that Abbas’ policies are counterproductive, even if his concerns are understandable. “Putting more sanctions on Gaza or trying to break the Hamas government will further entrench the division,” he said.