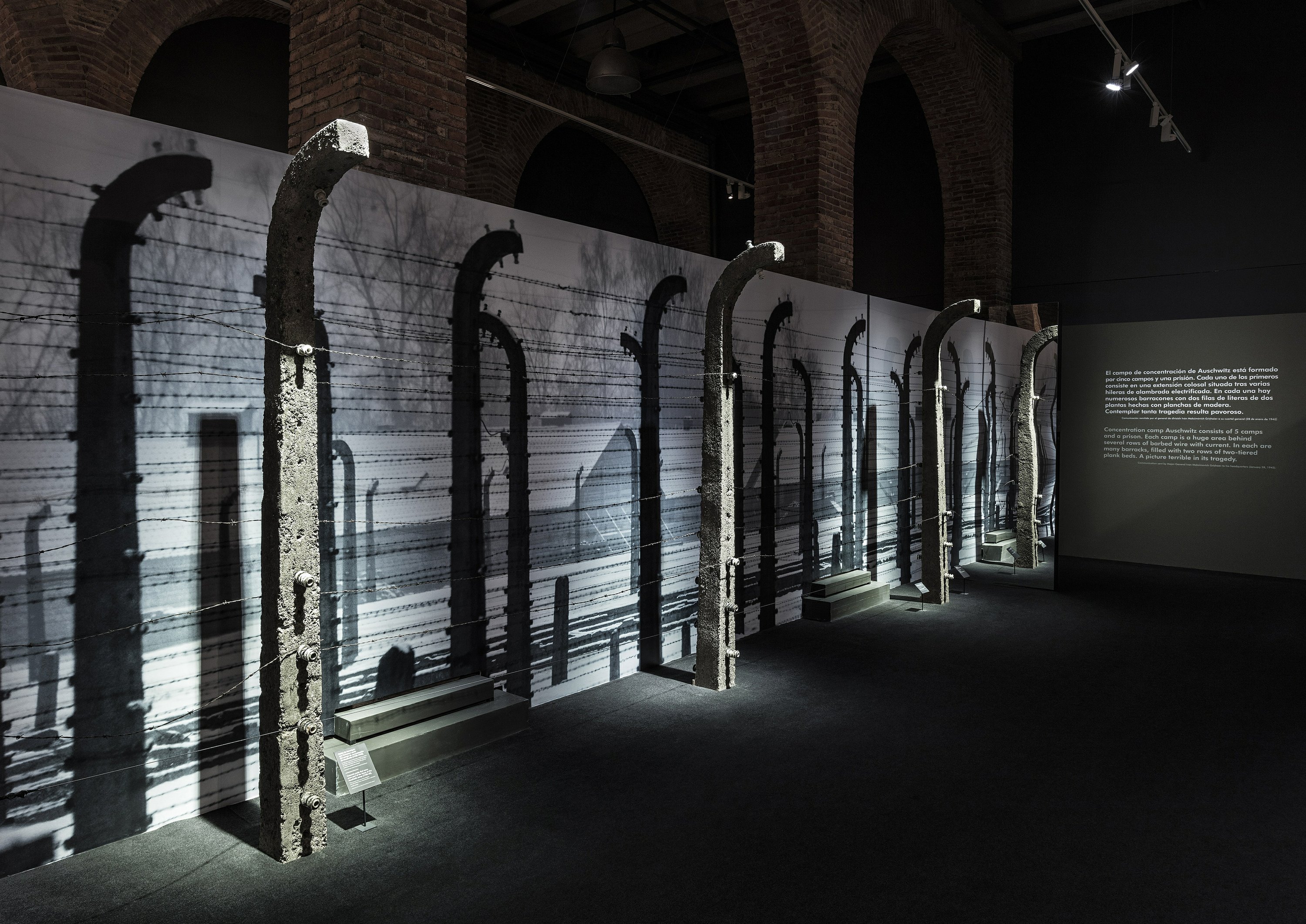 NEW YORK — On a Sunday morning, a crane lowered a rusty remnant of the Holocaust onto tracks outside Manhattan’s Museum of Jewish Heritage — a vintage German train car like those used to transport men, women and children to Auschwitz and other Nazi death camps.

The windowless box car is among 700 Holocaust artifacts, most never before seen in the United States, which are being prepared for one of the largest exhibits ever on Auschwitz — a once ordinary Polish town called Oswiecim that the Nazis occupied and transformed into a human monstrosity.

The New York exhibit opens May 8, the day in 1945 when Germany surrendered and the camps were liberated.

German-made freight wagons like the one in the exhibit were used to deport people from their homes all around Europe. About 1 million Jews and nearly 100,000 others were gassed, shot, hanged or starved in Auschwitz out of a total of 6 million who perished in the Holocaust.

That fate awaited them after a long ride on the kind of train car that’s the centerpiece of the New York exhibit.

“There were 80 people squeezed into one wooden car, with no facilities, just a pail to urinate,” remembers Ray Kaner, a 92-year-old woman who still works as a Manhattan dental office manager. “You couldn’t lie down, so you had to sleep sitting, and it smelled.”

She and her sister had been forced to board the train in August 1944 in Poland, after their parents died in the Lotz ghetto where Jews were held captive.

The Germans promised the sisters a better new life.

“We believed them, and we schlepped everything we could carry,” she said. “We still had great hope.”

Once in Auschwitz, “they took away whatever we carried,” were beaten, stripped naked and their heads shaved bald.

Titled “Auschwitz. Not long ago. Not far away,” the upcoming exhibit will transport visitors into the grisly faceoff between perpetrators and victims.

On display will be concrete posts from an Auschwitz fence covered in barbed and electrified wires; a gas mask used by the SS; a desk belonging to Auschwitz commandant Rudolf Hoss; and a dagger and helmet used by Heinrich Himmler, the chief architect of Hitler’s “final solution.”

The collection of prisoners’ personal items includes a comb improvised from scrap metal; a trumpet one survivor used to save his life by entertaining his captors; and tickets for passage on the St. Louis, a ship of refugees whom the United States refused to accept, sending them back to Europe where some were killed by the Nazis.

The materials are on loan from about 20 institutions worldwide, plus private collections, curated by Robert Jan van Pelt, a leading Auschwitz authority, and other experts in conjunction with the Auschwitz-Birkenau State Museum in Poland and Musealia, a Spanish company that organizes traveling shows.

The New York one will run through Jan. 3.

The eight-decade-old box car brought to New York on a cargo ship came from a German auction, in terrible condition. Van Pelt’s team bought it and restored it.

“The dark, smelly car represents that moment of transition from the world of the living that people understood and trusted to the radically alien world of the camps where the doors opened and families were separated forever,” said van Pelt, whose relatives in Amsterdam lived down the street from Anne Frank’s family.

“The Nazis wanted to wipe out every last Jew in the world,” and at the end of a train trip, “this is where the last goodbyes were said.”

The exhibit items all belonged to somebody — most now gone, either because they were murdered in camps or survived and have since died. Some people who inherited artifacts came forward with stories attached to them.

Thousands of survivors live in New York City, among the last who can offer personal testimony.

And that’s why the exhibit is important, said real estate developer Bruce Ratner, the chairman of the museum’s board of trustees.

“While we had all hoped after the Holocaust that the international community would come together to stop genocide, mass murder and ethnic cleansing, these crimes continue and there are more refugees today than at any time since the Second World War,” said Ratner. “So my hope for this exhibit is that it motivates all of us to make the connections between the world of the past and the world of the present, and to take a firm stand against hate.”