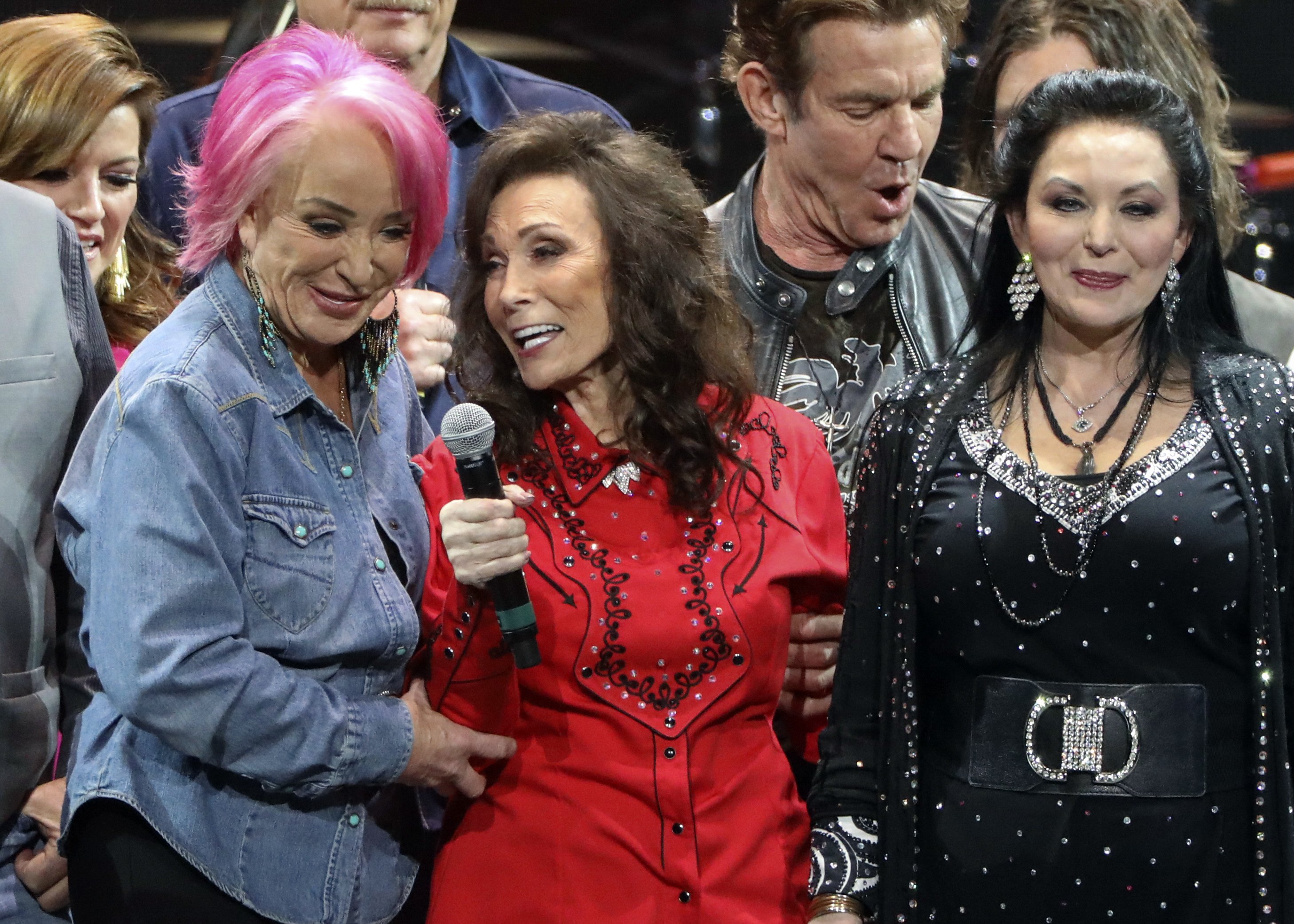 NASHVILLE, Tenn. — Loretta Lynn was honored like country music royalty by country and rock stars alike with gifts of flowers and songs during a concert Monday night celebrating her upcoming 87th birthday.

Lynn, whose birthday is April 14, closed out the all-star concert in Nashville, Tennessee, by singing her signature hit, “Coal Miner’s Daughter,” her first major public performance since suffering a stroke in 2017.

The Country Music Hall of Famer sat side-stage at Bridgestone Arena for the show as more than a dozen artists came to sing songs from her catalog and sing her praises to a packed arena. Keith Urban even popped out of a giant birthday cake to fulfill a birthday wish for the singer-songwriter from eastern Kentucky.

Tanya Tucker brought out a bouquet of flowers after singing “While I’m Living” with Brandi Carlile, and Margo Price, who is eight months pregnant, said she was giving her daughter the middle name Lynn and sang “One’s On the Way.” Alan Jackson brought her a single yellow rose in a Jack Daniel’s whiskey bottle, which he called “a perfect example of country music.”

Darius Rucker gave a rousing performance of her controversial song released in the 1970s about a woman celebrating birth control, “The Pill,” after explaining that no one else had picked it, so he decided to sing it. Miranda Lambert thanked Lynn for “all the advice for when husbands piss you off,” before singing “Don’t Come Home A Drinking (With Lovin’ On Your Mind.)”

Jack White, who collaborated on her Grammy-winning album “Van Lear Rose,” kicked up the volume with her song “Have Mercy,” as Lynn smiled and clapped along.

Lynn brought along her family members, including her children, and her sisters, Crystal Gayle and Peggy Sue, who also sang for her. The three-time Grammy winner released a new album, “Wouldn’t It Be Great” last year, but she hasn’t been touring due to her health.