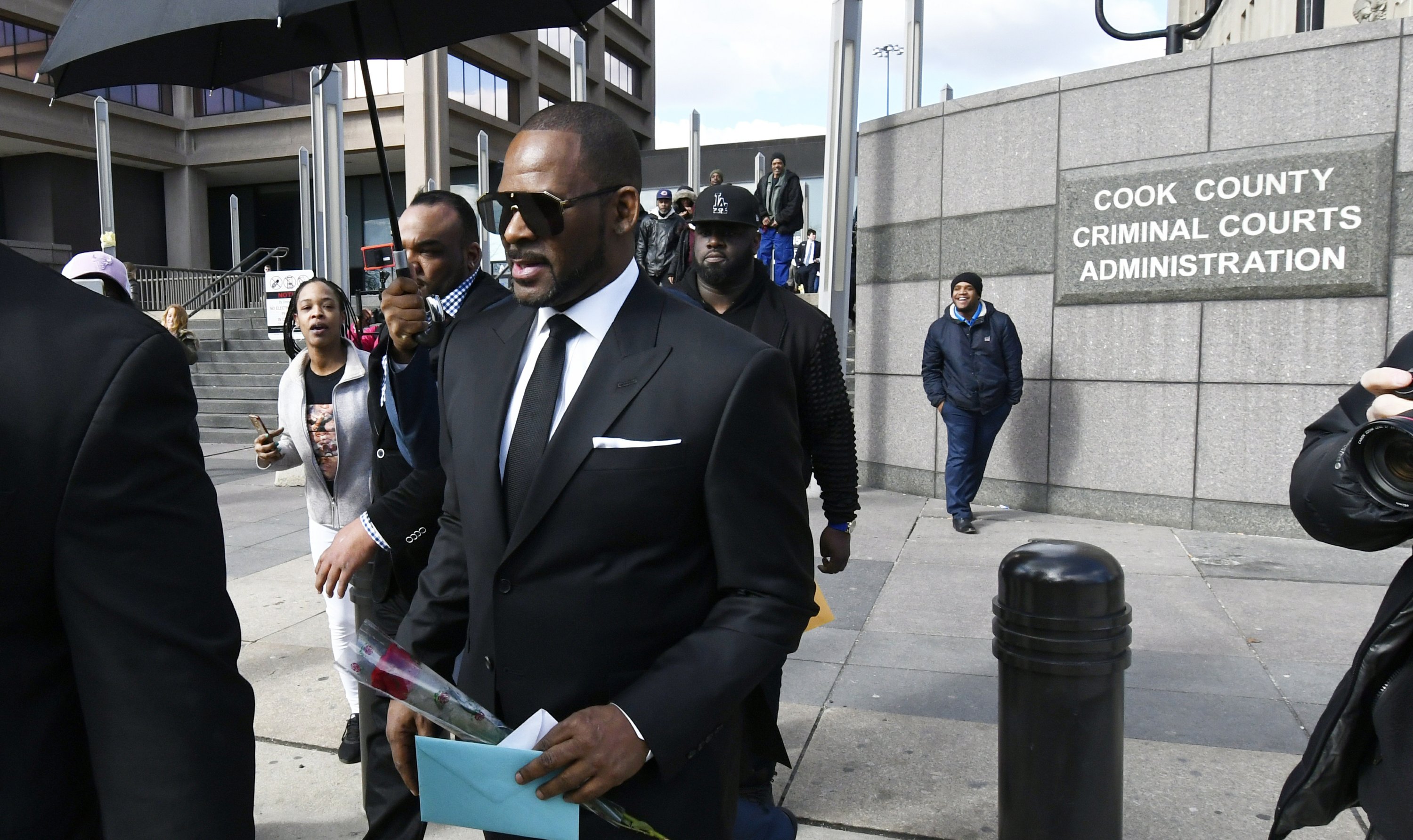 CHICAGO — R. Kelly’s attorney accused the state’s attorney Monday of succumbing to pressure from attorney Michael Avenatti in bringing sex-abuse charges against the R&B singer in Illinois, saying his involvement has irreparably tainted the case.

Steve Greenberg made the accusations in a court filing and in comments after a Monday pretrial hearing in Chicago, highlighting recent charges against Avenatti in New York that accuse him of trying to shake down Nike.

Greenberg told reporters outside court there has been a “a rush to prosecute because of pressure — all polluted— by Michael Avenatti.” He said prosecutors “got in bed with Avenatti and Avenatti is toxic.”

The accusation that the office of Cook County State’s Attorney Kim Foxx cooperated too closely with Avenatti comes amid criticism of her office’s handling the Jussie Smollett case. In a surprise decision last week, Foxx’s office dropped charges against Smollett that accused him of staging a racist, anti-gay attack on himself.

Avenatti has said he played a central role in prompting Foxx to press for charges by providing her with video purporting to show Kelly having sex with a 14-year-old. Avenatti tweeted Monday that Greenberg was “trying to distract attention away from the clear guilt of his client by raising bogus arguments about me and Kim Foxx.”

Foxx’s office did not immediately respond to a message seeking comment.

Greenberg’s seven-page filing, which asks Cook County Judge Lawrence Judge to order the preservation of all communications between Avenatti and the state’s attorney’s office, also calls for an investigation of how Avenatti helped bring charges against Kelly. Kelly has pleaded not guilty to charges of sexually abusing three girls and a woman.

Greenberg said an inquiry was justified in light of the New York charges and separate case in California against Avenatti.

The filing says “Avenatti has acted as a de facto prosecutor” in the Kelly case” apparently “with the full cooperation” of Foxx. And it says Avanetti has also acted “as an agitator” for Foxx, “saying what she could not.”

“Given the allegations against him one must wonder what he has told those he has interacted with in these matters, and what is true and what is not,” Greenberg said.

Greenberg said Avenatti’s interest in the Kelly case corresponds with his own legal and professional problems, including his falling out with Stormy Daniels, who Avenatti represented in an ultimately failed lawsuit against Donald Trump.

“Obviously, he has been using his accusations against this defendant to divert from his own misconduct,” Greenberg argues in the filing. “He drums up problems for others to deflect from his own.”

The motion also says Foxx has demonstrated bias against Kelly, including by mentioning her own experience as a victim of abuse before charging Kelly and characterizing the allegations. He said that “creates the appearance of bias and an understandable willingness, desire and propensity to rush to judgment in prosecuting.”

The motion also mentions Foxx’s recusal in the Smollett case after she spoke to a member of Smollett’s family.

“Plainly, this particular State’s Attorney is able to be influenced and wowed, as evidenced by the facts of her recusal and the subsequent series of events in the Jussie Smollett case,” it says.

Also Monday, Greenberg withdrew his request that Flood allow Kelly to travel to perform at concerts, days after he asked him to hold off on his request for Kelly to be allowed to fly to Dubai for several concerts there.

After the hearing, Greenberg said there was a possibility that Kelly could return to court with another request to travel but that he would leave that to Kelly’s entertainment lawyer.

Last month, Dubai’s government denied a claim by Kelly that he had planned concerts in the sheikdom and on Monday, Greenberg said that any plans the singer had to travel to that country to perform in the next few weeks are “probably doomed.”