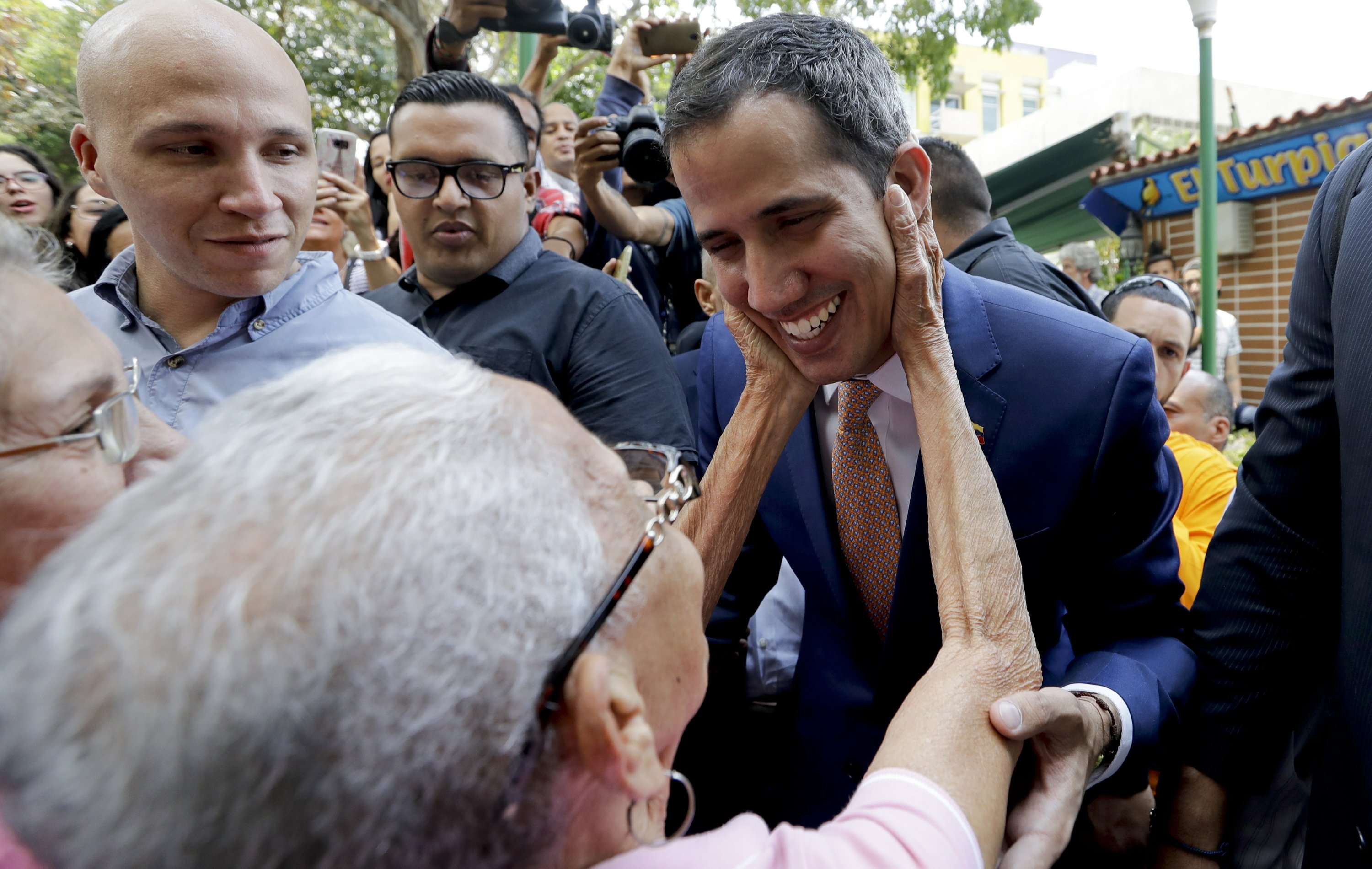 Supreme Court Justice Maikel Moreno said Guaido should be prosecuted for violating a ban on leaving the country when he went on a tour of Latin American nations that back a change in Venezuela’s government.

The opposition leader, who has immunity from prosecution as head of the National Assembly, is also accused by Maduro’s government of inciting violence linked to street protests and receiving illicit funds from abroad.

Guaido dismissed the Maduro-stacked high court as illegitimate and continued his calls for Maduro to step down. He accused the socialist leader of using the constant blackouts blanketing the country as political capital. The opposition leader has said years of neglect by the government has left the grid in shambles — not sabotage.

He urged Venezuelans to take the streets until Maduro leaves power.

“We must unite now more than ever,” said Guaido at a Caracas university earlier Monday. “We must mount the biggest demonstration so far to reject what’s happening.”

Since a massive power failure struck March 7, the nation has experienced near-daily blackouts and a breakdown in critical services such as running water and public transportation. Classes have been suspended for nearly a week, while workdays tend to end in the early afternoon so millions aren’t stranded due to cuts to the Caracas metro service.

At the same time, frustrated residents are increasingly unable to find water, make phone calls or access the internet. Millions of Venezuelans struggle to understand an announcement by Maduro a day earlier that the nation’s electricity is being rationed to combat daily blackouts.

Maduro said late Sunday that he was instituting a 30-day plan that would balance generation and transmission with consumption. He also called on Venezuelans to stay calm, but provided no further details.

Maduro appeared on state TV Monday to announce that an engineer with 25 years of experience, Igor Gaviria, will serve as the next electricity minister, heading the state-run Corpoelec, replacing a military general, Luis Motta Dominguez.

“I’ve lost him to a period rest,” Maduro said, adding that students will return to class Wednesday.

Office worker Raquel Mayorca said she didn’t know if her lights were off because of another power failure — or whether it was part of the government’s plan.

“We are worse off now more than ever,” she said, adding that the power was out on one side of the street, but working on the other. “We do not know if the light went out due to a blackout, or whether they took it away because of the rationing.”

As the lack of electricity became the latest sticking point in an ongoing political standoff, however, many Venezuelans simply found themselves wondering what the newly announced rationing plan would entail.

With few details, it was difficult to assess how effective the plan would be in restoring a consistent supply of power in the long term. Some electricity experts have also said there are no quick fixes to Venezuela’s fragile power grid, presenting the prospect that electricity could be shaky and unreliable for the foreseeable future.

On Sunday, a mass of protesters took to the streets only to be threatened by contingents of alleged government supporters known as “colectivos” who appeared on motorbikes and quickly dispersed them. Videos posted on social media also showed armed men opening fire to drive residents inside.

Many had resigned themselves to a bleak reality.

“I haven’t had water at home for 15 days,” said Maria Rojas, a 57-year-old homemaker looking for a water source to fill her jugs. “You try to find water in the street that more or less safe to drink.”

Meanwhile, U.S. officials in Washington said Monday they will do “everything possible” so that Guaido’s representative can fill Venezuela’s seat in the Organization of American States, a body that promotes economic, military and cultural cooperation among its members.

U.S. Ambassador Carlos Trujillo was optimistic about the possibility that a resolution to authorize Gustavo Tarre access to the seat of Venezuela will meet the 18 required votes.

“We have many friends who are very interested in the Venezuela issue,” Trujillo told reporters after a brief ceremony in which he assumed the rotating presidency of the OAS Permanent Council. “There are some who have not recognized Guaido but know that what happens in Venezuela is unacceptable.”