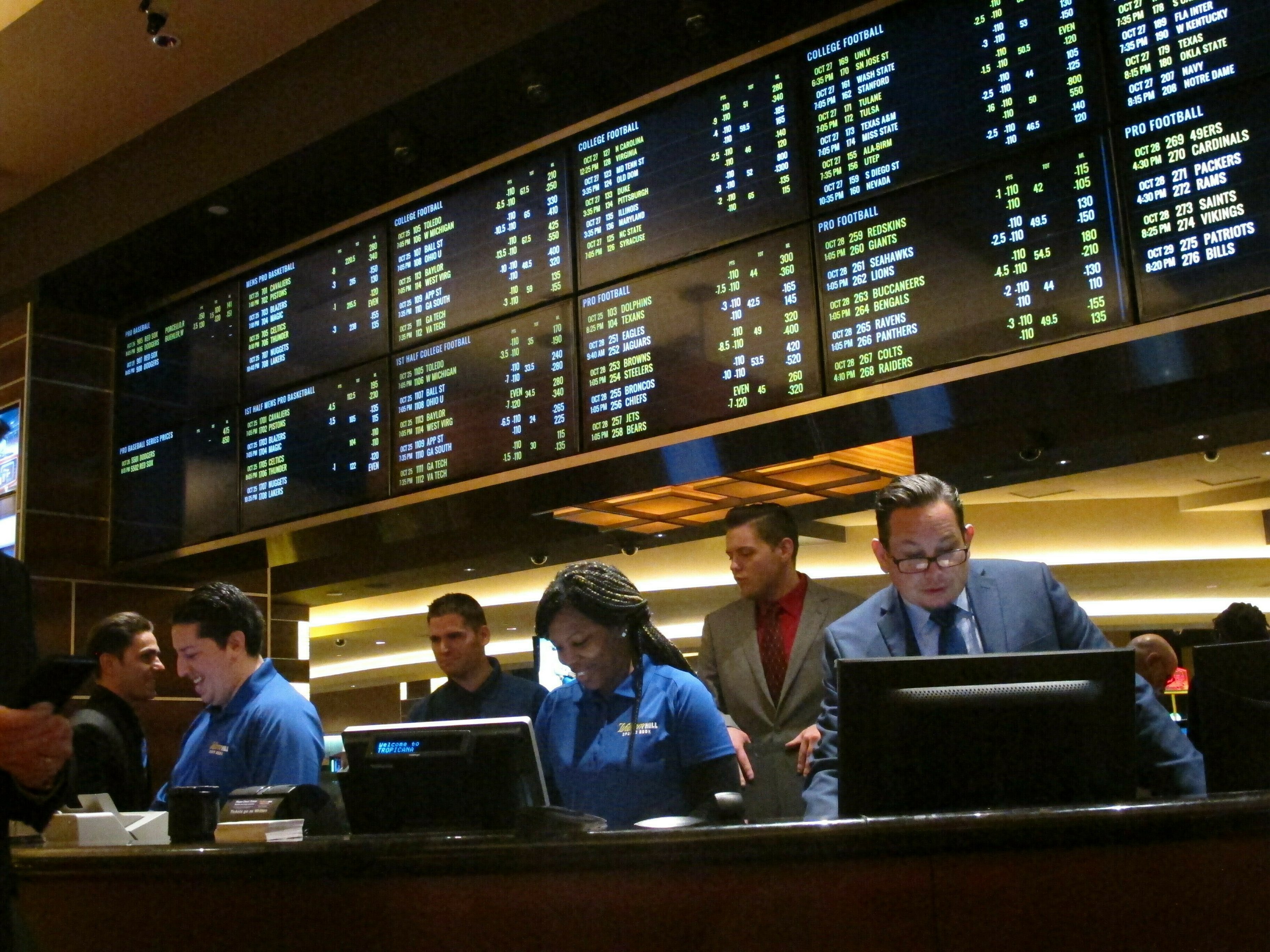 PROVIDENCE, R.I. — When the Patriots won the Super Bowl again — and covered the spread, too — all of New England was delirious, with the possible exception of Rhode Island’s tax collectors.

The state’s sportsbooks lost $2.35 million because, come on, really, who’s going to bet against Tom Brady in New England? That, in turn, cut into Rhode Island’s tax revenue.

For a variety of reasons, not just the Patriots’ star quarterback, most of the states that moved quickly to legalize sports betting after the Supreme Court cleared the way are still waiting for the expected payoff.

Tax revenue has fallen far short of projections in four of the six states where gambling on sporting events started last year, according to an Associated Press analysis.

Rhode Island, the only place in New England with legal sports betting, had expected to generate more than $1 million a month for its state budget through its 51% tax on sportsbook proceeds. The actual revenue? About $50,000 a month from the late-November launch through February, which included the Super Bowl.

“The Super Bowl did hurt us tremendously,” said state Rep. William O’Brien, who put $100 on the Patriots and won $100. “But it made me very happy. I love the New England Patriots.”

Gov. Gina Raimondo said the state might have to adjust its budget to account for the missed projections. Still, she is urging patience: “We knew it was going to be very up and down. That is not at all a surprise.”

West Virginia is taking in just a quarter of the monthly tax revenue it had projected. Tax revenue is half the estimate in Mississippi and Pennsylvania.

The reasons vary by state, from slower-than-expected rollouts and the unavailability in some places of mobile betting, to an all-too-predictable Super Bowl, in which the Patriots beat the Los Angeles Rams 13-3, covering the 2½-point spread.

In West Virginia, a contract dispute led to a shutdown at two sportsbooks and the state’s only betting app at the beginning of the NCAA basketball tournament, eliminating crucial betting days. The state brought in $862,000 in taxes on sportsbooks from September through the first days of March. With just four months left in its fiscal year, that is well short of the annual projection of $5.5 million.

The lower revenue isn’t a surprise to state Sen. Michael J. Romano, a Democrat who opposed legalized sports gambling in part because he thought the state’s 10% tax on it was too low.

Republican state Sen. Craig Blair, a co-author of the legislation, said the revenue to date reflects growing pains. He said he wants to see more mobile options that could generate more betting.

“The only thing I’m frustrated with is I would have probably liked to bet March Madness from my iPhone,” he said.

The AP found previously that taxes on sports betting would generate just a fraction of 1 percent of most states’ budgets if they met their estimates. More than 20 states are considering legalization.

Mississippi is on track to bring in about half the $5 million that was informally expected for the first year of sports betting. State Sen. Hob Bryan, a Democrat who opposed legalization for fear it would promote point shaving and other corruption, said it is too early to say whether the revenue will improve or the original projections were way off.

Supporters in Pennsylvania are hoping for a boost with the start of online betting, expected this summer.

The ability to place bets from a mobile device is a big reason New Jersey met its projections. From July through February, the state was bringing in about $1.8 million per month in taxes on sportsbooks. That’s nearly as much as Nevada, which has had legal sports betting for decades and has not seen a drop-off despite the new competition.

In Delaware, the only other state to meet projections, the majority of revenue came from a football-betting operation that has been around since 2009.

Rhode Island, which missed its numbers by a wider margin than any other state, is hoping the addition of online betting will improve its tax haul. Last week, the governor signed a bill allowing it.