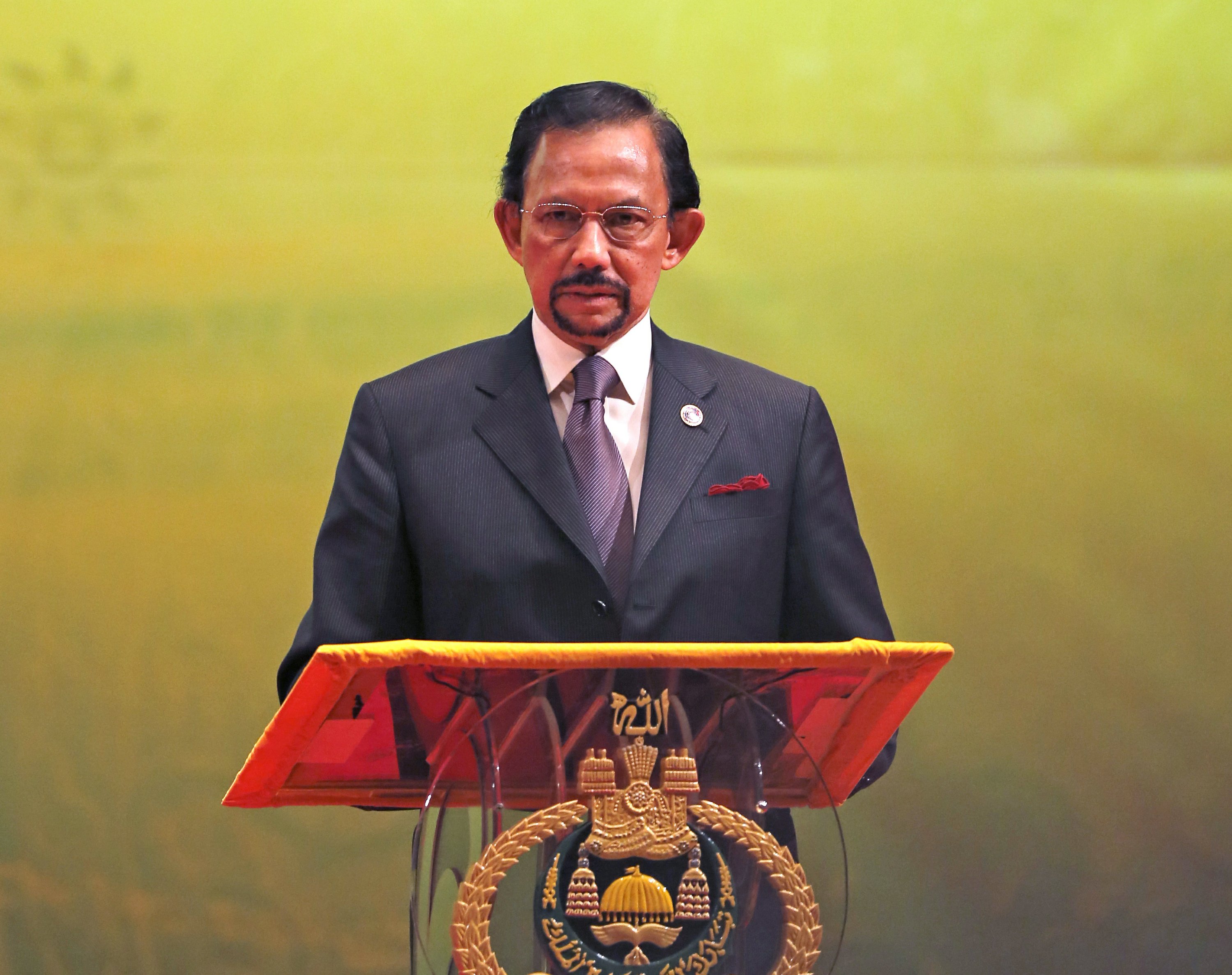 SINGAPORE — New Islamic criminal laws that took effect in Brunei on Wednesday, punishing gay sex and adultery by stoning offenders to death, have triggered an outcry from countries, rights groups and celebrities far beyond the tiny Southeast Asian nation’s shores.

The penalties were provided for under new sections of Brunei’s Shariah Penal Code. Sultan Hassanal Bolkiah instituted the code in 2014 to bolster the influence of Islam in the oil-rich monarchy of around 430,000 people, two-thirds of whom are Muslim.

Even before 2014, homosexuality was already punishable in Brunei by a jail term of up to 10 years. The first stage of the Shariah Penal Code included fines or jail for offenses such as pregnancy out of wedlock or failing to pray on Fridays.

But under the new laws — which apply to children and foreigners, even if they are not Muslim — those found guilty of gay sex could be stoned to death or whipped. Adulterers risk death by stoning too, while thieves face amputation of a right hand on their first offense and a left foot on their second.

“Living in Brunei, we already knew that our sexual identity is taboo and should not be expressed. We already felt belittled before the law came to place,” said a 23-year-old member of the LGBTQ community who wanted to be identified only as Kun out of fear of reprisal from the authorities.

“Now with it, we feel even smaller and the ones who could potentially oppress us have more opportunity to harass us to say and do what they want,” he said.

Celebrities including George Clooney, Elton John and Ellen DeGeneres have voiced opposition to the new laws, and have rallied a boycott of nine hotels in the U.S. and Europe with ties to Hassanal, who is still sultan.

“Are we really going to help fund the murder of innocent citizens?” Clooney wrote Thursday on Deadline Hollywood.

Clooney said that while you can’t shame “murderous regimes,” you can shame “the banks, the financiers and the institutions that do business with them.”

There has been no vocal opposition to the new penalties in Brunei, where the sultan rules as head of state with full executive authority. Public criticism of his policies is extremely rare in the country.

Hassanal, who has reigned since 1967, has previously said the Penal Code should be regarded as a form of “special guidance” from God and would be “part of the great history” of Brunei.

On Tuesday, the United States joined the United Kingdom, Germany and France in urging Brunei to halt its plans.

Brunei’s Southeast Asian neighbors, some of whom have laws banning sex between men, were silent.

But LGBTQ citizens of other nearby Muslim-majority countries were concerned about the broad penalties.

“I am very worried that Indonesia or Malaysia may follow the lead,” said a 24-year-old man from Kuala Lumpur, Malaysia’s capital, who wanted to be identified only by his first name, Ludwig. “I think people nowadays, especially the younger generation, are quite OK with LGBT, but those who are not make the loudest noise and they are the reason why it seems like everyone is against it.”

Nearly two-thirds of Malaysia’s 32 million people are Muslim. They are governed by Islamic courts in family, marriage and personal issues. Last year, two Malaysian Muslim women were convicted under Islamic laws and caned for attempting to have sex with each other.

“Any religion-based legislation must not violate human rights, including the rights of those belonging to the majority religion as well as of religious minorities and non-believers,” she said in a statement on Monday.

Phil Robertson, the deputy Asia director for Human Rights Watch, called on the sultan to “immediately suspend amputations, stoning, and all other rights-abusing provisions and punishments.”

“Brunei’s new penal code is barbaric to the core, imposing archaic punishments for acts that shouldn’t even be crimes,” Robertson said in a statement on Wednesday.

Rachel Chhoa-Howard, Brunei researcher at Amnesty International, decried the “vicious” laws and asked the international community to condemn them.