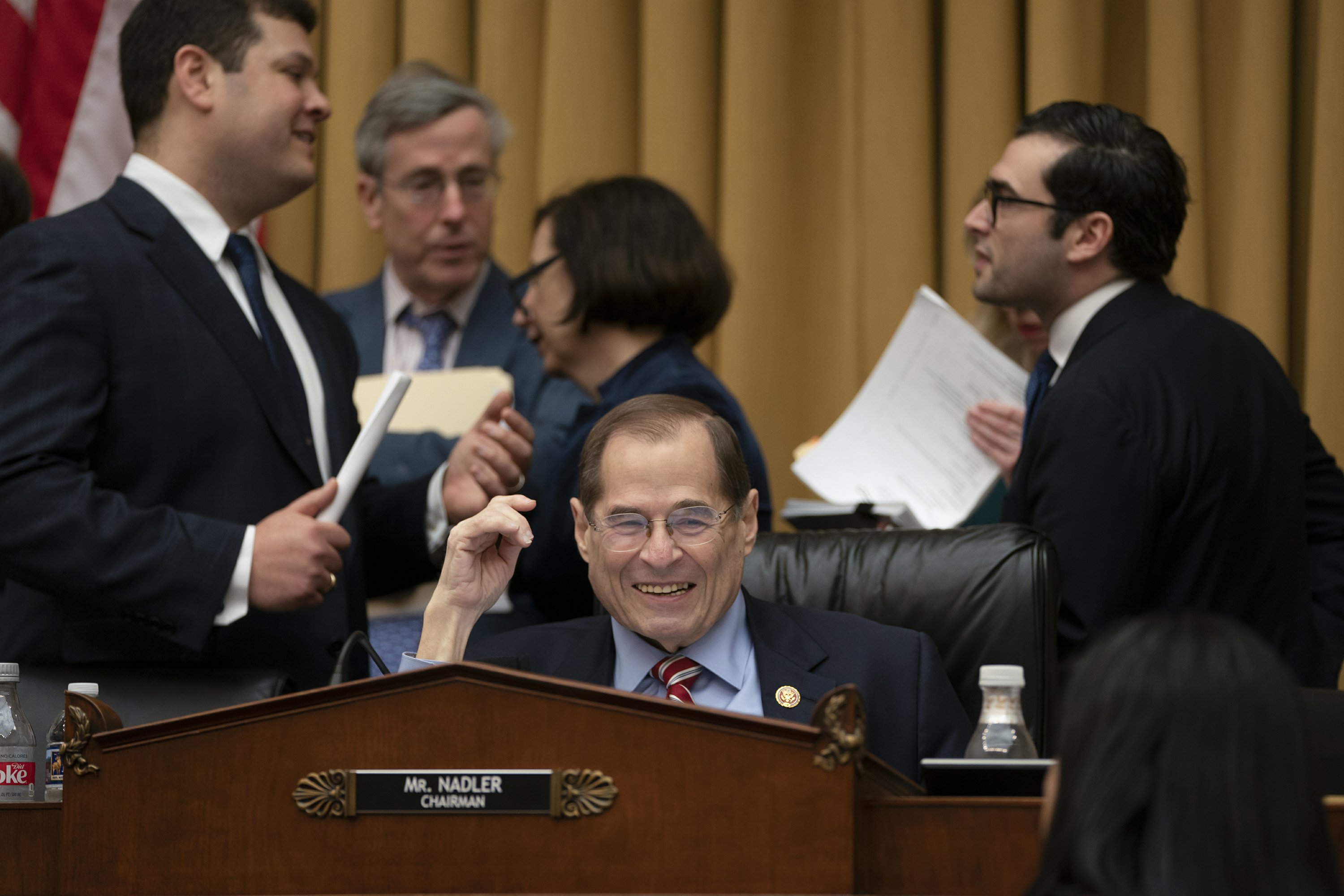 The committee voted 24-17 to give Judiciary Chairman Jerrold Nadler, D-N.Y., permission to issue subpoenas to the Justice Department for the final report, its exhibits and any underlying evidence or materials prepared for Mueller’s investigation. Nadler has not yet said if he’ll send the subpoenas.

House Democrats had given Attorney General William Barr until Tuesday to produce the full report to Congress. The Justice Department ignored that deadline, with Barr telling committee chairmen in a letter last week that a redacted version of the full 300-page report would be released by mid-April, “if not sooner.”

The vote further escalates the Democrats’ battle with the Justice Department over how much of the report they will be able to see, a fight that could eventually end up in court if the two sides can’t settle their differences through negotiation. Democrats have said they will not accept redactions and want to see the evidence unfiltered by Barr.

In the letter last week, Barr said he is scrubbing the report to avoid disclosing any grand jury information or classified material, in addition to portions of the report that pertain to ongoing investigations or that “would unduly infringe on the personal privacy and reputational interests of peripheral third parties.”

Democrats say they want access to all of that information, even if some of it can’t be disclosed to the public. Nadler said he will give Barr time to change his mind on redactions, but if they cannot reach an agreement, “then we will have no choice” to issue the subpoenas.

“Because we may have to go to court to obtain the complete text of the special counsel’s report, and because the president may attempt to invoke executive privilege to withhold that evidence from us, it is imperative that the committee take possession of these documents, and others, without delay,” Nadler said.

The five were key witnesses in Mueller’s probe of possible obstruction of justice and were sent document requests by the Judiciary panel last month, along with dozens of other people connected to Trump. Nadler said he is concerned about reports that documents relevant to Mueller’s investigation “were sent outside the White House,” meaning the committee should have access to them because they may not be covered by executive privilege.

The top Republican on the Judiciary panel, Georgia Rep. Doug Collins, said at the vote that the five subpoenas are misguided because two of the individuals have already provided 3,000 documents to the committee and that the other three have indicated a willingness to cooperate.

Collins said all of the subpoenas would be overreach, and that Democrats shouldn’t be asking for documents that the Justice Department can’t legally disclose to the public. The committee rejected a GOP amendment that would have24-17 blocked the subpoenas from applying to grand jury information.

“This is reckless, it’s irresponsible and it’s disingenuous,” Collins said.

Trump himself has largely deferred to Barr on the report’s release while also saying he wouldn’t mind if the full version was made public. Still, he has criticized Democrats for seeking the unredacted information. He tweeted Tuesday that “there is no amount of testimony or document production that can satisfy” Nadler or House Intelligence Chairman Adam Schiff, who has also called for the full release.

In four-page summary of Mueller’s report on March 24, Barr wrote that the special counsel did not find that Trump’s campaign “conspired or coordinated” with the Russian government to influence the 2016 presidential election. He also said Mueller reached no conclusion on whether Trump obstructed the federal investigation, instead setting out “evidence on both sides” of the question.

Barr himself went further than Mueller in his summary letter, declaring that Mueller’s evidence was insufficient to prove in court that Trump had committed obstruction of justice to hamper the probe.