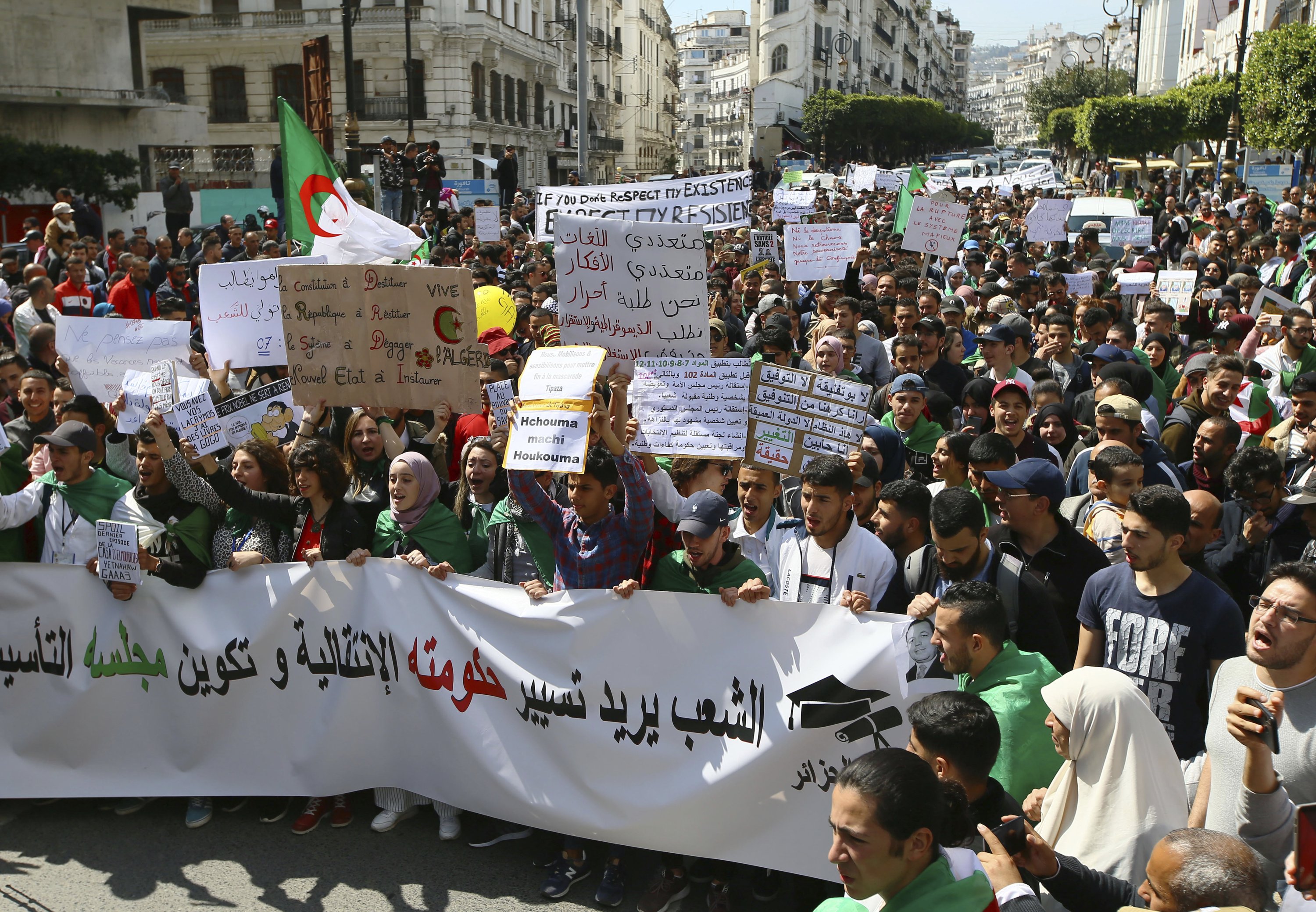 ALGIERS, Algeria — The Latest on political upheaval in Algeria (all times local):

In a statement sent Tuesday, the Defense Ministry said “there is no more time to waste” on the constitutional process to have Bouteflika declared unfit for office and to give Algeria’s people a voice.

The 82-year-old president said Monday that he would resign by the official end of his fourth term, April 28.

Protests calling for Bouteflika to resign have intensified since February. He first was elected in 1999 and planned to seek a fifth term next month.

He postponed the election in response to the protests and said he would not run for re-election.

Former Prime Minister Ali Benflis and a moderate Islamist movement are among leading voices criticizing the move because it would leave the country’s secretive, distrusted power structure in place.

A standoff is also intensifying between Bouteflika’s entourage and that of the powerful army chief, who turned against the president amid mass protests over Bouteflika’s 20-year rule.

Bouteflika bowed to mounting pressure Monday and announced he will step down by the end of his term April 28, according to his office. Protesters fear it will pave the way for a hand-picked successor instead of a truly democratic change of power.