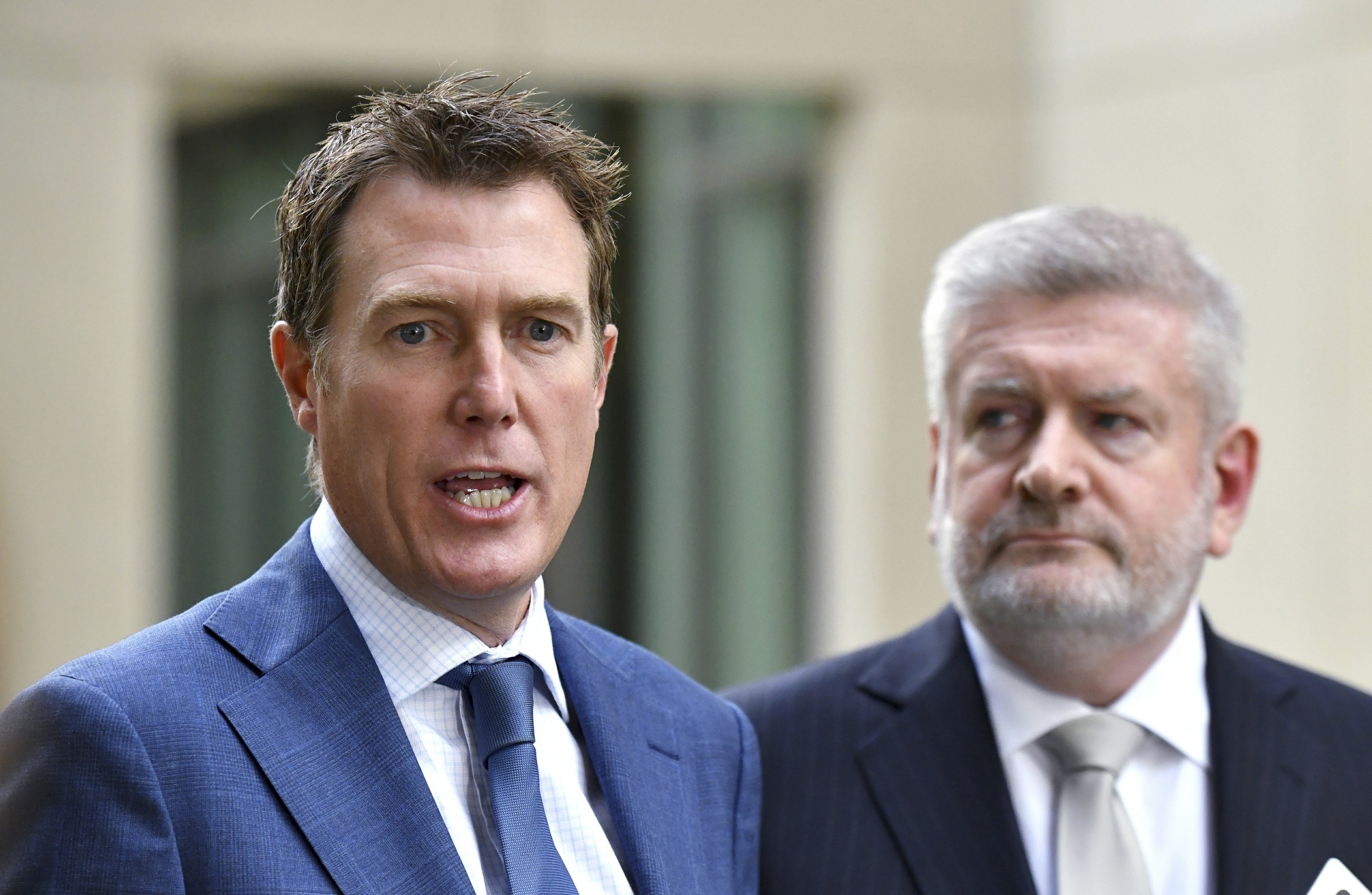 Critics warn that some of the most restrictive laws about online communication in the democratic world could have unforeseen consequences, including media censorship and reduced investment in Australia.

The conservative government introduced the bills in response to the March 15 attacks in Christchurch in which an Australian white supremacist apparently used a helmet-mounted camera to broadcast live as he shot worshippers in the two mosques.

Australia’s government rushed the legislation through the last two days that Parliament sits before elections are expected in May, dispensing with the usual procedure of a committee scrutinizing its content first.

“Together we must act to ensure that perpetrators and their accomplices cannot leverage online platforms for the purpose of spreading their violent and extreme propaganda — these platforms should not be weaponized for evil,” Attorney-General Christian Porter told Parliament while introducing the bill.

The opposition’s spokesman on the attorney-general portfolio, Mark Dreyfus, committed his center-left Labor Party to support the bill, despite misgivings. If the Labor wins the election, the law would be reviewed by a parliamentary committee.

The bill would make it a crime for social media platforms not to remove “abhorrent violent material” quickly. The crime would be punishable by three years in prison and a fine of 10.5 million Australian dollars ($7.5 million) or 10% of the platform’s annual turnover.

Abhorrent violent material is defined as acts of terrorism, murder, attempted murder, torture, rape and kidnapping. The material must he recorded by the perpetrator or an accomplice.

Platforms anywhere in the world would face fines of up to AU$840,000 if they fail to notify Australian Federal Police if they are aware their service was streaming “abhorrent violent conduct” occurring in Australia.

“Labor believes that the social media companies must do more in preventing the dissemination of material produced by terrorists, showing of their crimes, and for that reason Labor will, despite reservations … be supporting the passage of this bill,” Dreyfus said.

An attempt by the minor Greens party and independent lawmakers to have the vote scrutinized by a parliamentary committee was rejected.

Arthur Moses, president of the Australian Law Council, the nation’s top lawyers group, said the law could lead to media censorship and prevent whistleblowers from using social media to shine a light on atrocities because of social media companies’ fear of prosecution.

“Media freedom and whistleblowing of atrocities here and overseas have been put at risk by the ill-informed livestream laws passed by the Federal Parliament,” Moses said.

The penalties would be “bad for certainty and bad for business” which could scare off online business investment in Australia, Moses said.

“Rushing this legislation through will not make Australia safe,” he said.

“As of today, any person working at any company (globally) that allows users to upload videos or images could go to jail,” Farquhar tweeted. “Guilty until proven innocent.”

Fergus Hanson, head of the International Cyber Policy Center at the Australian Strategic Policy Institute, saw problems in the legislation’s definitions, including how long a company had to “expeditiously” remove offense material.

Facebook livestreamed the Christchurch massacre for 17 minutes without interruption before reacting. Facebook said it removed 1.5 million videos of the shootings during the first 24 hours afterward.

It was filmed by Brenton Harrison Tarrant, 28, whose video and writings included anti-Muslim views and detailed how he planned the attack. Tarrant is scheduled to appear in court Friday and will face 50 murder and 38 attempted murder charges, according to New Zealand police.

Australian Communications Minister Mitch Fifield said social media companies including Facebook met with him, Chester and Prime Minister Scott Morrison last week. Fifield said Facebook “did not present any immediate solutions to the issues arising out of the horror that occurred in Christchurch.”

Morrison wants to take the Australian law to a Group of 20 countries forum as a model for holding social media companies to account.

New Zealand’s Justice Minster Andrew Little said his government had also made a commitment to review the role of social media and the obligations of the companies that provide the platforms.

And he said he’d asked officials to look at the effectiveness of current hate speech laws and whether there were gaps that need to be filled.

Little said he didn’t see any irony in that people were watching hearings into a bill that would place new restrictions on guns in real time on Facebook, the same platform the shooter used to broadcast the massacre.

“There’s a world of difference, I think, between the exercise of a democratic function and a democratic institution like a national parliament, and some of the more toxic stuff that you see put out by individuals,” he said.