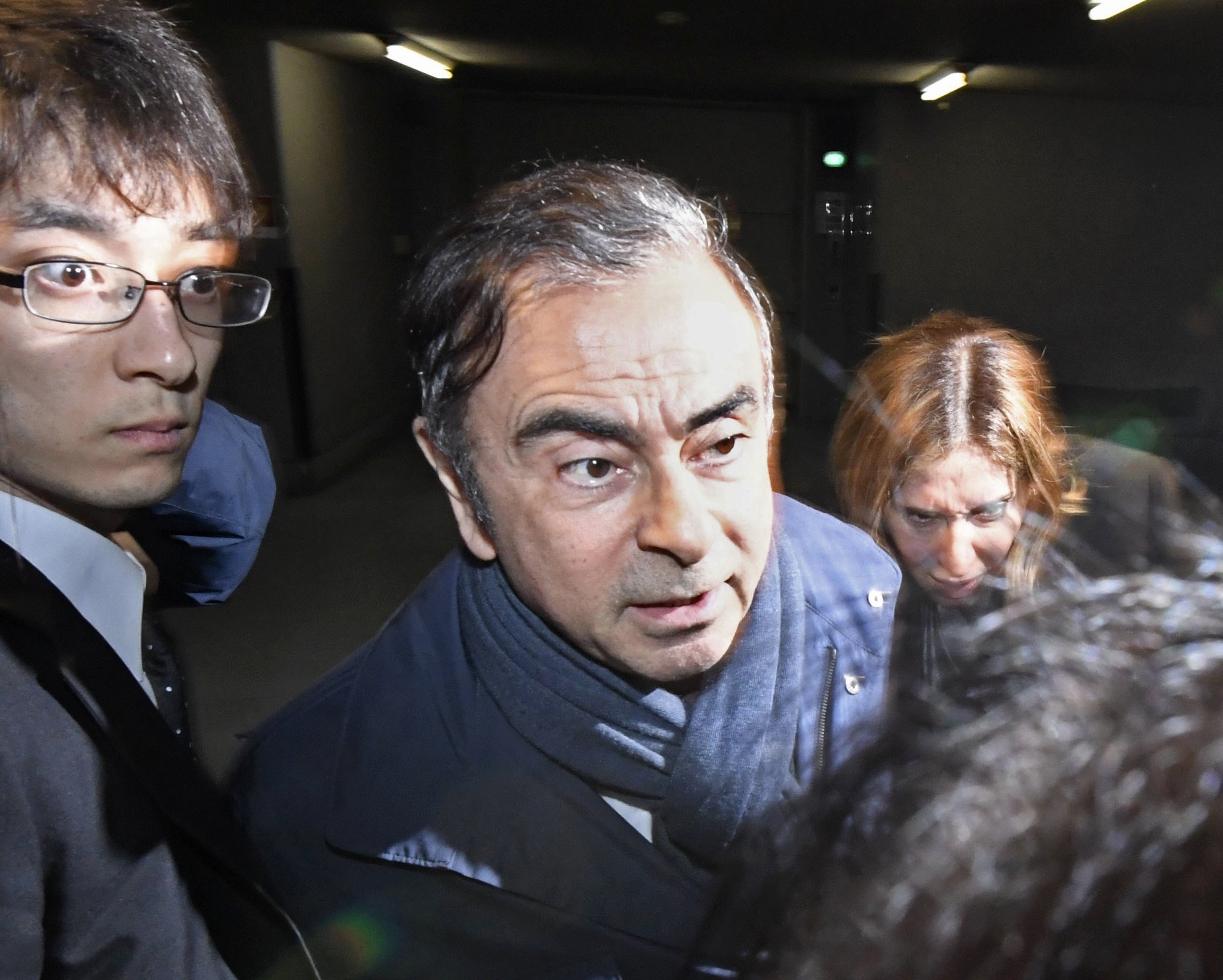 TOKYO — Japanese prosecutors took Nissan’s former Chairman Carlos Ghosn for questioning Thursday, barely a month after he was released on bail ahead of his trial on financial misconduct charges.

He may face what will be his fourth arrest under Japanese law. He was first arrested in November on charges of under-reporting his compensation. He was re-arrested twice in December, including on breach of trust charges. The arrests prolong detentions without trial.

The latest charge appears to be related to the investigation by Nissan Motor Co.’s French alliance partner Renault about payments in Oman to a major dealership, some of which is suspected of having been channeled for Ghosn’s personal use.

Ghosn has denied any wrongdoing. On the Oman allegations, Ghosn’s representatives said: “The payments made by Renault to the distributor in Oman have not been diverted from their commercial objectives and under no circumstances has all or part of such payments benefited Carlos Ghosn or his family.”

Ghosn has said the compensation at Nissan, allegedly promised for the future, was never decided or paid; Nissan never suffered losses for his personal investments; and the allegedly dubious payments were for legitimate services.

He had tweeted he would hold a news conference April 11, where he would tell “the truth” on what was unfolding. A condition for his release on bail included not using the internet. It is unclear if the authorities are considering the tweet a technical violation.

Ghosn was a star in the auto industry, having steered Nissan for two decades from the brink of bankruptcy to one of the largest groups in the industry, allied with Renault and smaller Japanese partner Mitsubishi Motors Corp.

His case has drawn international attention. His release from the Tokyo Detention Center, although coming after nearly four months, was unusually quick for this nation, where long detentions without convictions are routine. The detentions have been criticized as “hostage justice” in getting confessions.