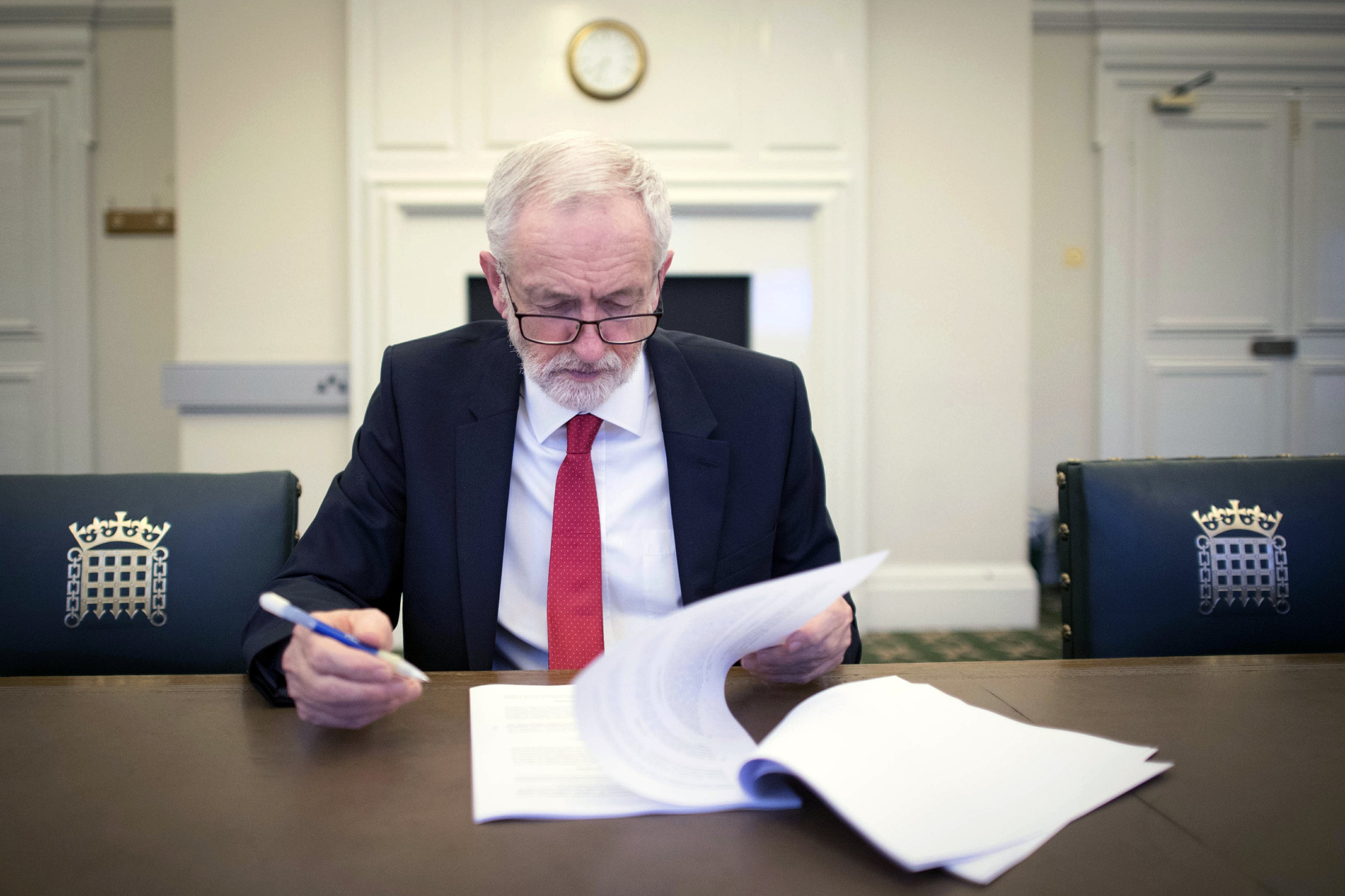 LONDON — Britain’s Brexit secretary denied Wednesday that he was offering a “blank check” to the opposition Labour Party after Prime Minister Theresa May offered to meet with the party leader in hopes of ending the impasse over the U.K.’s departure from the European Union.

Steve Barclay told the BBC that some Labour proposals, such as a customs union, would be “very difficult” for the government to accept, but both sides need to sit down and work out an agreement to avoid a damaging no-deal Brexit. But he added that the “remorseless logic” of Parliament’s failure to back the prime minister’s withdrawal agreement with the EU is that Britain must move toward a softer form of Brexit

“We’re not setting pre-conditions, but nor is it a blank check,” Barclay said.

With Britain dashing toward a disorderly exit from the EU within days, May pivoted away from the cliff edge Tuesday, saying she would seek another Brexit delay and hold talks with the opposition to seek a compromise. After failing repeatedly to win Parliament’s backing for her Brexit blueprint, May said the country needs “national unity to deliver the national interest.”

Following the defeat of the government’s plan and a range of lawmaker-written alternatives, May said Britain would need a further delay to its EU departure, currently scheduled for April 12. She offered to hold talks with Labour Party leader Jeremy Corbyn in an attempt to find a compromise solution.

“Even if, after today, we don’t know what the end result will be, let us be patient,” he tweeted — a suggestion the EU would wait for Britain to present a clear plan.

The leaders of the EU’s 27 remaining countries have given the U.K. until April 12 to leave the bloc or to come up with a new plan, after British lawmakers three times rejected an agreement struck between the bloc and May late last year.

The House of Commons has also failed to find a majority for any alternative plan in two days of voting on multiple options.

Labour’s business secretary suggested May’s offer was long overdue, but that the opposition would enter talks with an open mind.

“We’re not setting any red lines for these discussions with the prime minister,” she said.