What next? UK’s May, opposition seek elusive Brexit concord 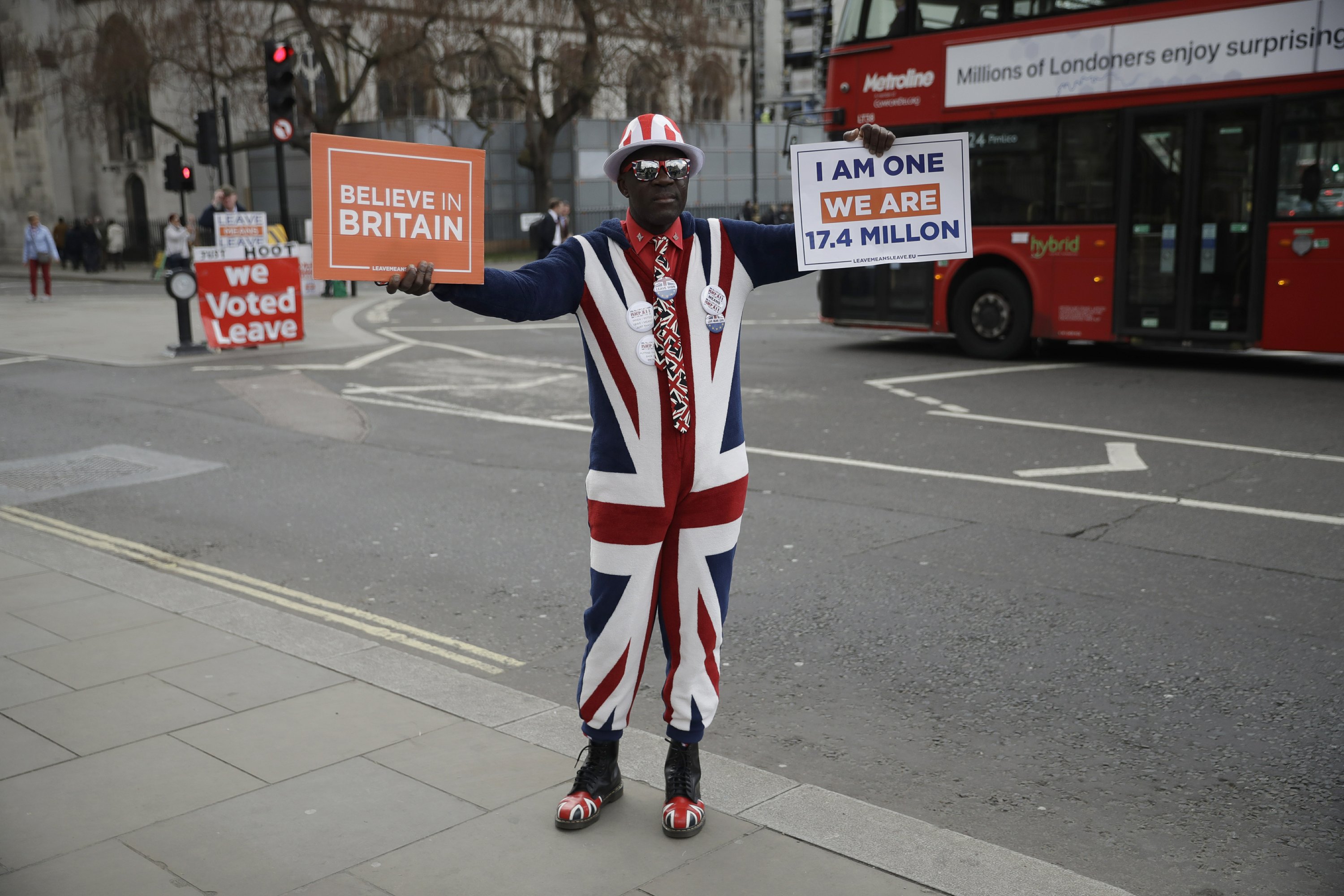 LONDON — Prime Minister Theresa May has brought a new word to the Brexit lexicon: compromise.

May met Wednesday with opposition Labour Party leader Jeremy Corbyn to try to avoid Britain’s chaotic departure from the European Union in little over a week.

The shift came after lawmakers rejected the government’s Brexit deal on three occasions and twice failed to agree on any other option.

If Britain can’t break its Brexit impasse, it risks crashing out of the EU in nine days.

Last month, the EU agreed to postpone the original departure date of March 29, but gave Britain only until April 12 to pass a deal, come up with a new plan and seek a further extension, or leave without an agreement or a transition period to smooth the way.

Most politicians, economists and business groups think leaving the world’s largest trading bloc without an agreement would be damaging for the EU and disastrous for the U.K. It could lead to tariffs imposed on trade between Britain and the EU, and customs checks that could cause gridlock at ports and shortages of essential goods.

A hard core of pro-Brexit legislators in May’s Conservative Party dismiss this as “Project Fear” and argue for what they call a “clean Brexit.” But most lawmakers are opposed to leaving without a deal. Parliament has voted repeatedly to rule out a “no-deal” Brexit — but it remains the default position unless a deal is approved, Brexit is canceled or the EU grants another extension. The bloc says it will only do that if Britain comes up with a new Brexit plan.

After almost two years of negotiations, Britain and the EU struck a divorce deal in November, laying out the terms of the departure from the bloc and giving a rough outline of future relations.

But it has been thrice rejected by Parliament amid opposition from lawmakers on both sides of the Brexit divide. Pro-Brexit lawmakers think it keeps Britain too closely tied to EU rules. Pro-EU legislators argue it is worse than the U.K.’s current status as an EU member.

On Tuesday, May she said she would be prepared to compromise with her Labour opponents to try to win their backing for the withdrawal deal. That’s likely to include a pledge to keep closer economic ties with the bloc than she has long advocated.

May’s offer of opposition talks suggest she is pivoting to a softer form of Brexit than the one she has described for almost three years.

May has always insisted Britain must leave the EU’s single market and customs union in order to forge new trade deals around the world, but those ideas have strong opposition support.

Tweaking her deal to adopt a customs union, which would ensure seamless trade in goods with the EU, could gain May valuable votes in Parliament.

It also would probably be welcomed by the EU and would allow Britain an orderly departure in the coming months.

However, it could also create a schism in the Conservative Party, leading to potential resignations of pro-Brexit government ministers.

That instability increases the chance of an early British election, which could rearrange Parliament and break the deadlock.

May has conceded that Britain will need a further delay to its departure in order to sort out the mess and avert a “no-deal” departure.

The EU is frustrated with the impasse and has said it will only grant another postponement if Britain comes up with a whole new plan.

Both Britain and the EU are reluctant to have the U.K. participate in May 23-26 elections for the European Parliament but have signaled it could happen if necessary.

EU Council President Donald Tusk has urged the bloc to “be patient” and give Britain a Brexit extension if it plans to change course.

This week, Parliament narrowly rejected a proposal for a new referendum on whether to leave the EU.

The proposal for any Brexit deal to be put to public vote in a “confirmatory referendum” was backed by opposition parties, plus some of May’s Conservatives.

The government has ruled out holding another referendum, saying voters in 2016 made their decision to leave.

But with divisions in both Parliament and in May’s Cabinet, handing the decision back to the people in a new plebiscite could be seen as the only way forward.