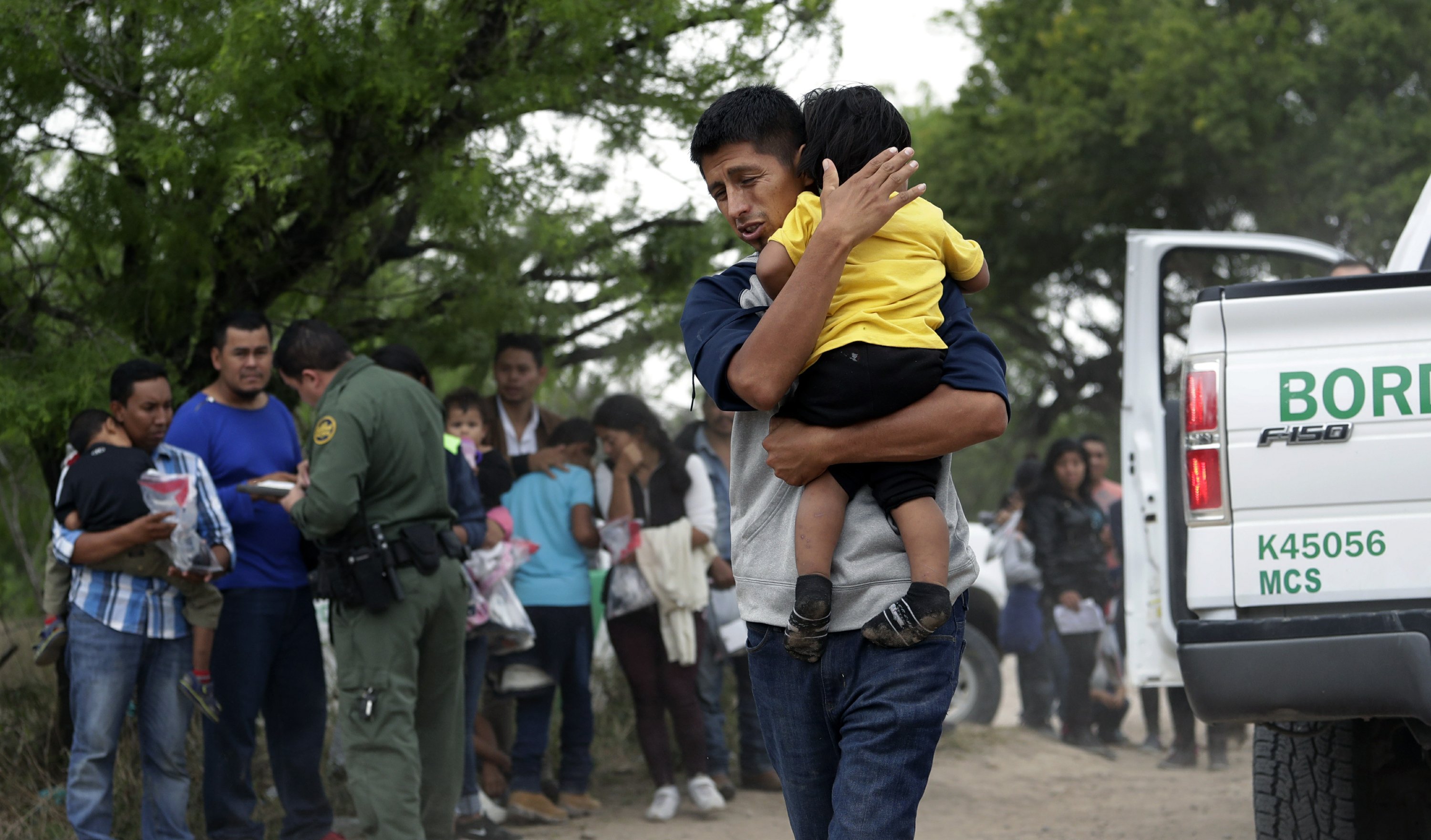 SAN DIEGO — As the Trump administration’s “zero tolerance” policy hits its anniversary, the promise to criminally prosecute everyone who crosses the Mexico border illegally has been forced to evolve. Today the reality is families come first.

A surge in family arrivals, largely from Guatemala and Honduras, has led Border Patrol agents to shift attention from preparing criminal cases to caring for children in detention facilities, driving families to border stations and performing hospital watch on the growing number of migrants who require medical attention.

“We are spending so much time and effort and money to care for families,” Border Patrol spokesman Ross Wilkin said. “The numbers are through the roof.”

Caring for children traveling alone is also taxing resources, as is a new administration policy to return asylum seekers to wait in Mexico while their cases wind through U.S. immigration courts, Wilkin said.

The effects can be seen in the diminishing impact of one of the Trump administration’s hallmark immigration policies.

In San Diego, just seven migrants filed into the jury box of a wood-paneled courtroom Wednesday in the clothes they wore a day earlier. That’s when agents found some of them hiding in a large drainage pipe and thick brush in a rugged, remote area. It was a stark contrast to September, when up to 40 went through the jury box every day, 20 at a time.

Court was canceled in San Diego on March 27 for the first time since zero tolerance was introduced in California in July, several months after it was announced nationally, because prosecutors did not file any cases, said Jami Ferrara, who represents defense attorneys on a court panel to address the policy.

In McAllen, Texas, only two people were sentenced at a hearing Monday, according to a person familiar with courthouse operations who was not authorized to speak with the media and spoke on condition of anonymity. That person’s account was confirmed by attorney Efren Olivares of the Texas Civil Rights Project.

Last year, during the peak of family separations caused by zero tolerance, judges sentenced dozens at a single hearing.

Customs and Border Protection referred 8,998 cases for criminal prosecution along the Mexican border in February, down 12% from 10,252 in January and 23% from 11,652 in October, according to Syracuse University’s Transactional Records Access Clearinghouse. Prosecution referrals plunged 35% in the Southern District of California from October to February and 34% in the Southern District of Texas, the busiest corridor for illegal crossings, which includes McAllen.

Numbers for March were unavailable, but the drop may be even larger. Olivares and the person familiar with the McAllen courthouse estimated that prosecutions for illegal entry there dropped from around 500 a week in February to about 100 a week in March.

Zero tolerance was announced April 6, 2018, by then-Attorney General Jeff Sessions, who vowed to prosecute first-time offenders who enter the country illegally with crimes punishable with up to six months in jail, though typically the sentences were only a few days. Data on whether the strategy deters people from crossing is limited and inconclusive, with figures from 2012 showing 10% of migrants arrested for misdemeanor illegal entry had been caught in the previous year.

The policy backfired when thousands of children were separated from their parents and the government lacked tracking systems to quickly reunite them. Trump retreated in June amid an international uproar, six days before a federal judge ruled that families could be split only in limited circumstances, like child safety concerns. Since then, the policy has applied only to single adults.

While families and children traveling alone account for more than six of 10 Border Patrol arrests, more single adults are also coming. There were 23,451 single-adult arrests in February, up 7% from 21,918 in October.

Prosecutions have held relatively steady in El Paso, Texas, which has suddenly emerged as the border’s second-busiest area for illegal crossings. On Wednesday, seven women and 18 men stood in front of a judge wearing blue or green prison jumpsuits and orange foam shoes. The women stood handcuffed, the men with chains around their waists and shackles between their feet.

One by one, all pleaded guilty to illegal entry, and within 10 minutes of the beginning of the hearing the judge was turning to sentencing.

Prosecutions have dropped in Arizona and New Mexico, though not nearly to the extent of California and South Texas. In downtown Tucson, the court recently introduced Friday hearings for illegal entry cases. On most days, about 70 people are prosecuted, with only about 30 on Fridays.

Prosecutions in McAllen, the epicenter of last year’s family separations, fell dramatically on March 11, said Olivares, who questioned whether the surge in families was entirely to blame and suggested it helps bolster the administration’s narrative of a border spinning out of control. He has closely monitored the courthouse over the last year.

“The government declared a national emergency, and there were no facts to support that,” he said.

Rick Barlow, a former Border Patrol sector chief in San Diego, said it typically takes an arresting agent a couple of hours to prepare a case for criminal prosecution. Additional agents are assigned to a prosecutions unit.

“It’s not a simple processing piece,” he said. “It’s quite time-consuming.”