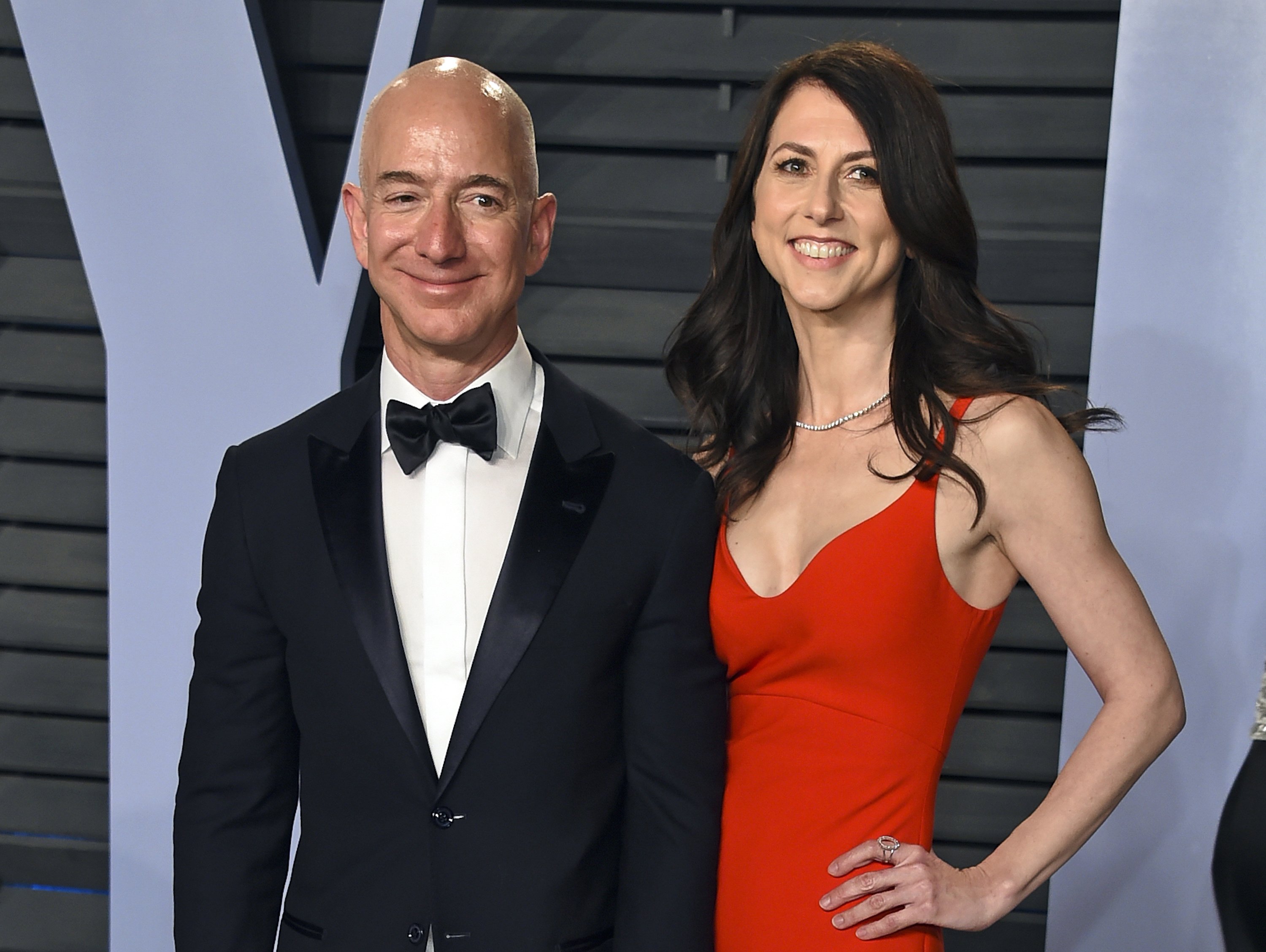 NEW YORK — Amazon said Thursday that founder and CEO Jeff Bezos has finalized his divorce with wife MacKenzie, who will get a stake in the online shopping giant worth more than $35 billion.

In a tweet, MacKenzie Bezos said she is giving up all her interest in The Washington Post, the newspaper that Jeff Bezos bought in 2013, and Blue Origin, the space exploration company he founded.

“I’m grateful for her support and for her kindness in this process,” Jeff Bezos said in a tweet Thursday. “And am very much looking forward to our new relationship as friends and co-parents.”

The couple announced they were divorcing in January, just before the National Enquirer published a story saying Jeff Bezos was having an affair with a former TV host. Jeff Bezos later accused the tabloid’s publisher of threatening to publish explicit photos of him unless he stopped investigating how the Enquirer obtained his private messages.

When the divorce is complete, which is expected to happen in about 90 days, MacKenzie Bezos will have a 4% stake in Amazon. Before the separation, Jeff Bezos had a 16% stake in Amazon worth more than $140 billion, making him one of the world’s richest people.

He’ll still be the company’s biggest shareholder when the divorce is complete, with a 12% stake in Amazon.