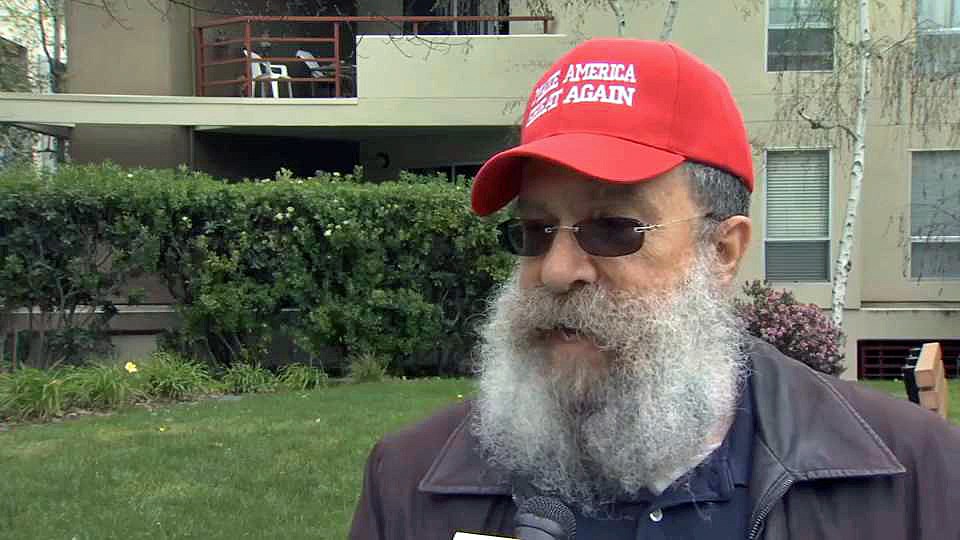 A Bay Area woman was fired from her job this week after verbally abusing an elderly man wearing a MAGA hat Monday in a Palo Alto Starbucks. According to the Palo Alto Weekly, Rebecca Parker Mankey berated a 74-year-old man wearing the hat and walked all the way to his car with him to shame him. She reportedly was unsuccessful in getting other Starbucks customers to join in with her. She also vowed she would give the man “nowhere to hide.”

Following the in-person incident, it was reported that Mankey posted to her Facebook about the man. Mankey wrote, “I am going to go to his house and march up and down carrying a sign that says he hates black people… I am going to organize protests where he works and make him feel as unsafe as he made every brown person he met today.”

Parker Mankey is doxxing an old man on Facebook because he wore a MAGA hat in public.

I've messaged Parker & let "her" know that I will be contacting "her" husbands work that "she" publicly posts on her FB page, to show them the violence their employees' wife is promoting. pic.twitter.com/r45rU8RVPO

The Blaze reported that Mankey has, since the incident, deactivated her social media accounts. Mankey told the Weekly that after her posts were made public, she and her former employer Gryphon Stringed Instruments, where she was an accountant for four years, received violent threats.

A statement released by Gryphon Stringed Instruments on Facebook says they have terminated Mankey’s employment after learning about the incident and that “Gryphon does not believe anyone should be harassed or subject to hate speech no matter their beliefs.”

It is sad to see someone being harrassed solely for choosing to make public his political preferences. Incidents like this reveal that being a Trump supporter can, in some parts of the country, result in embarrassment and abuse.