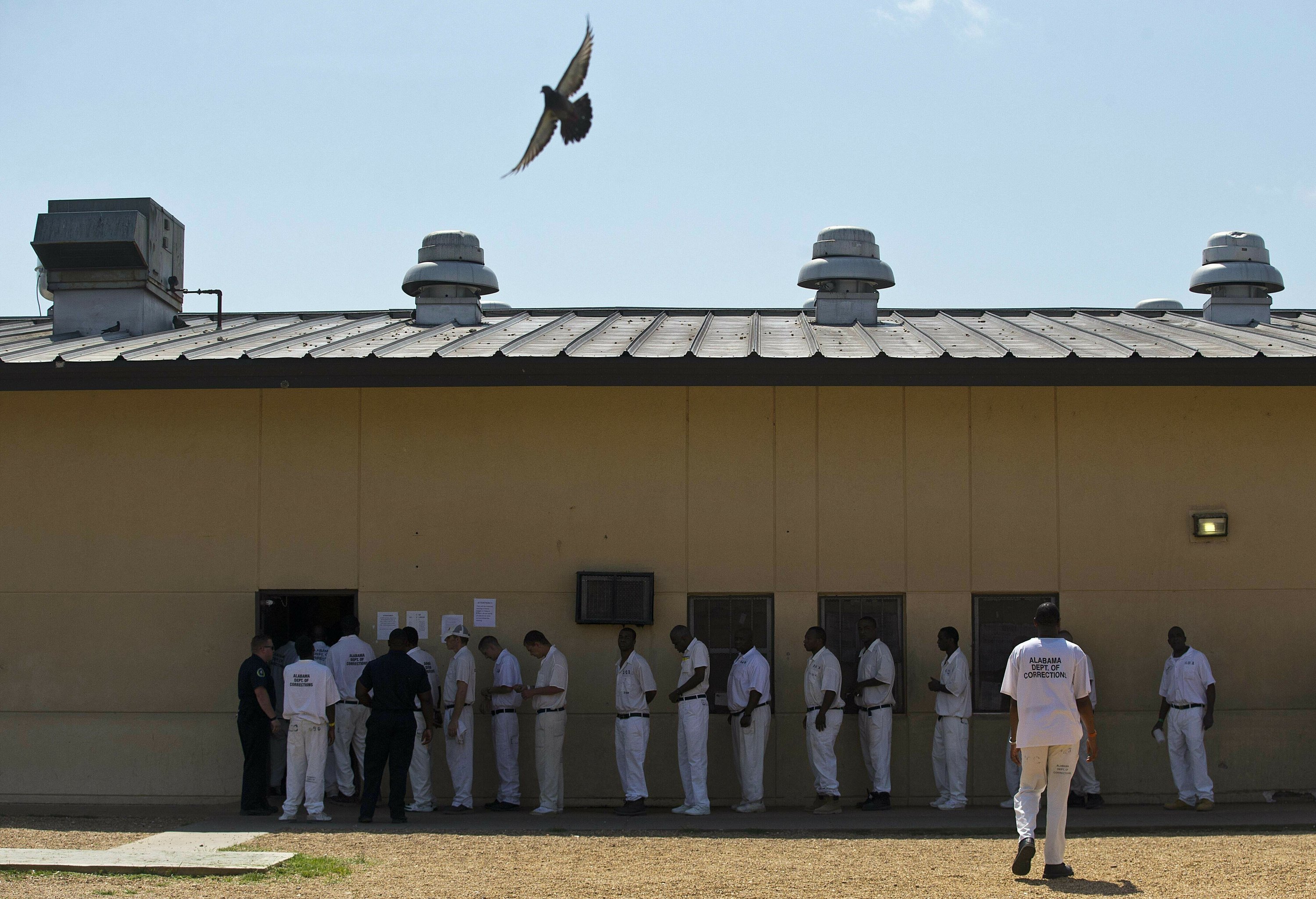 MONTGOMERY, Ala. — Alabama authorities vowed Thursday to begin the monumental task of fixing their troubling prison problems, responding to a U.S. Department of Justice report that condemned excessive violence, inmate deaths and a critical staffing shortage in the state correctional system.

The Justice Department on Wednesday gave the state 49 days to respond with a remedial plan or face a federal lawsuit for conditions so bad the department believes they violate the prohibition on cruel and usual punishment.

“I think it’s an enormous task we have in front of us,” said state Sen. Cam Ward, head of a legislative prison oversight committee. He called the findings “deeply humiliating” for Alabama. “It’s disgusting. I mean, it is.”

The federal report released Wednesday reeled off a chilling litany of examples of violence: An inmate died after being stabbed while other prisoners banged on a locked door for help. Another prisoner was strangled, left face down so long that “his face was flattened” by the time his body was discovered. Another prisoner told of being tied up and tortured for two days by fellow inmates in retaliation for reporting a sexual assault.

The Department of Justice wrote that overcrowding, understaffing, excessive violence, a failure to stop sexual assaults, poor facilities and the indifference of officials were among the factors creating what it called inhumane conditions in Alabama’s prisons.

Gov. Kay Ivey said Thursday that the state recognizes the problems in state prisons and said the Justice Department identified many of the same concerns the state has already acknowledged. She suggested that the state will do what is needed to avoid court-ordered mandates.

“This just reinforcing the need we’ve been seeing all along. This is an Alabama problem. It’s got to have an Alabama solution and we’ll be addressing that in fast order,” Ivey said.

Prison staffing was a key concern of federal investigators.

The state has about 1,500 correctional officers patrolling state prisons. The report called for the immediate addition of 500 more officers.

The Alabama Department of Corrections earlier this year requested legislative funding to hire 500 officers, and said it plans to make the same request in subsequent years. It noted at the time that staffing shortages directly correlated to high rates of violence.

Ward said while the funding may be there, that is still an enormous undertaking.

The department said Alabama also must comply with staffing orders arising from an ongoing lawsuit over prison mental health case by 2020. In that case, the state’s own expert recommended the addition of about 2,000 officers, and a federal judge said the state should reach those targets by 2022.

The department said that physical conditions of prisons themselves were unconstitutional, noting design problems with the buildings and a lack of functioning cameras, mirrors and fire alarms.

However, the Justice Department wrote that new facilities might help resolve some issues but “it is important to note that new facilities alone will not resolve the contributing factors to the overall unconstitutional condition” of the state’s prisons. Those contributing factors included understaffing, corruption, non-existent investigations, violence, illicit drugs, and sexual abuse, the report said.

Bryan Stevenson, founder of the Equal Justice Initiative, said the focus on construction is a distraction from fundamental issues of staffing and investigative practices.

“I don’t think we are going to solve the problems we have in our prisons by building more prisons,” said Stevenson. “I’m not indifferent to some of the infrastructure challenges, but when you have a college football team who can’t win a game, you don’t say, ‘Let’s build a new stadium, that’ll fix our problems.’”

Stevenson also said the culture of the prisons needs to be changed.

“A lot of prisoners feel like they’ll be punished for reporting an assault,” Stevenson said.

Ivey said the Justice Department has shown a willingness to help as the state develops a response.

Said Ward: “We have to come up with a plan that says we are making an effort. You’ve got to show you are making a good faith effort on all these targets.”