The Latest: Biden opens speech with joke about hugging 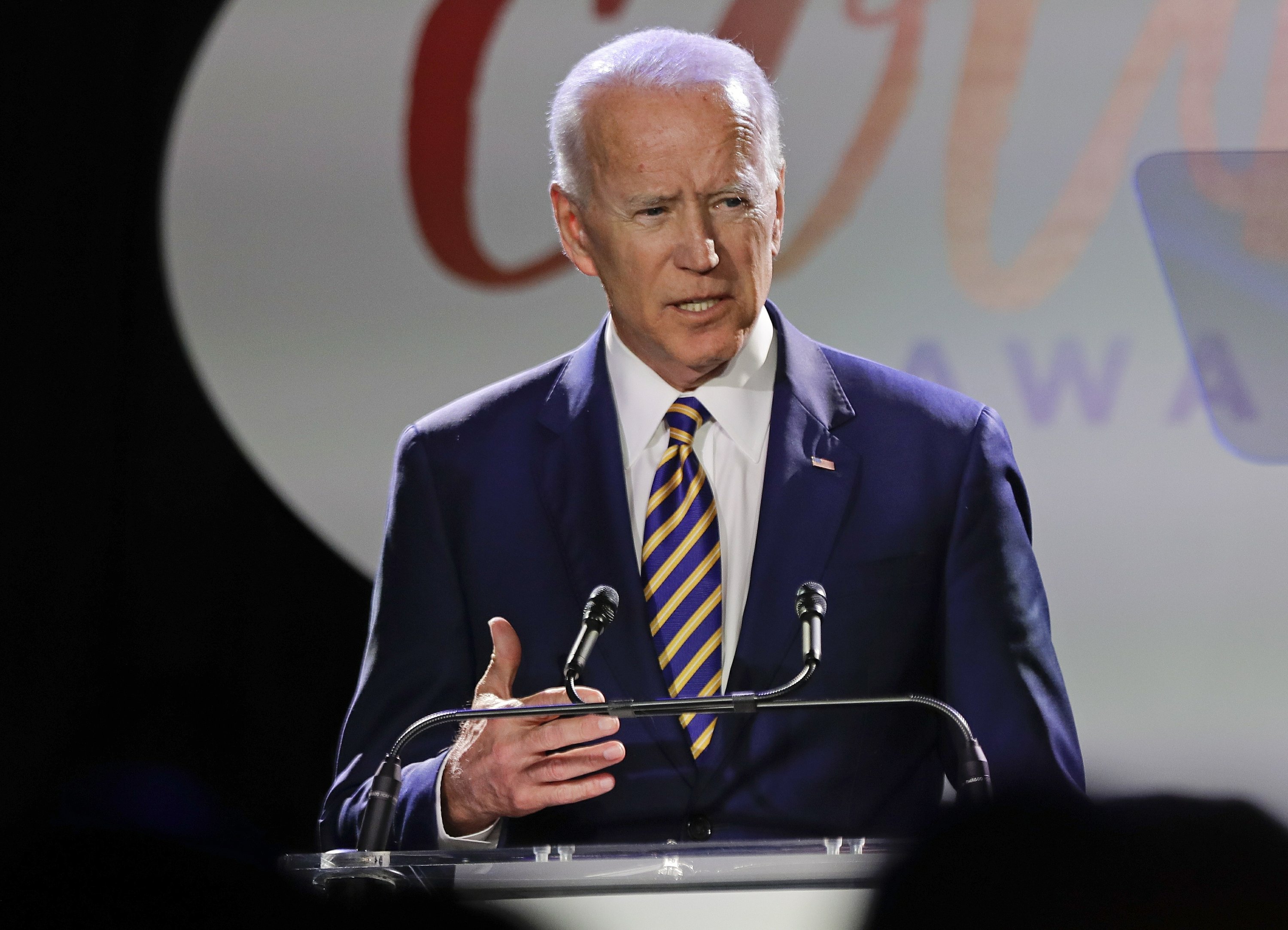 Joe Biden is criticizing President Donald Trump, saying Trump fans racism and is living in the past.

Biden on Friday spoke publicly for the first time since several women started telling their stories about how his behavior made them feel uncomfortable. He addressed an electrical workers union conference in Washington, D.C., and said the Republican president is “locked in the past.”

The Democratic former vice president says that while Trump tries to relitigate culture wars the rest of the world is leaving the United States behind. Biden cites China’s push for an expanded 5G network and the rest of the world trying to implement the Paris climate accord, from which Trump withdrew.

Biden says Trump “Enflames our nation’s oldest wounds, racism” and “opposes every day the core values of our nation.”

Trump says he doesn’t see Biden “as a threat” to him.

Joe Biden has opened his first public speech since facing criticism from several women for unwanted touching with a joke about the controversy.

Biden spoke Friday to an electrical workers union conference in Washington, D.C., and said he got “permission to hug” union president Lonnie Stephenson, who introduced him. The comment by the Democratic former vice president was met with cheers from the overwhelmingly male crowd.

Joe Biden is speaking publicly for the first time since several women started telling their stories about how his behavior made them feel uncomfortable.

Biden’s Friday speech to an electrical workers union conference in Washington, D.C., comes as he nears a decision on whether to run for president in 2020. The Democratic former vice president is expected to talk about his vision for the country, though it’s unclear how deeply he’ll discuss the controversy about his past behavior.

Biden this week released a video acknowledging his behavior made some people uneasy and said he’ll be “more mindful about respecting personal space in the future.”

Former Vice President Joe Biden is set to make his first public appearance since a handful of women came forward to say his affectionate behavior had made them uneasy in the past.

Biden is scheduled to make remarks on Friday to the International Brotherhood of Electrical Workers in Washington as he considers a 2020 Democratic presidential bid. It’s unclear if he will address the situation.

He said in a video released Wednesday that he understood “social norms have begun to change” and “the boundaries of protecting personal space have been reset.”

Biden allies insist the eruption has done little to slow planning for a 2020 campaign. Barring the unforeseen, he is expected to announce his candidacy after Easter and embark on a trip to early voting caucus and primary states.