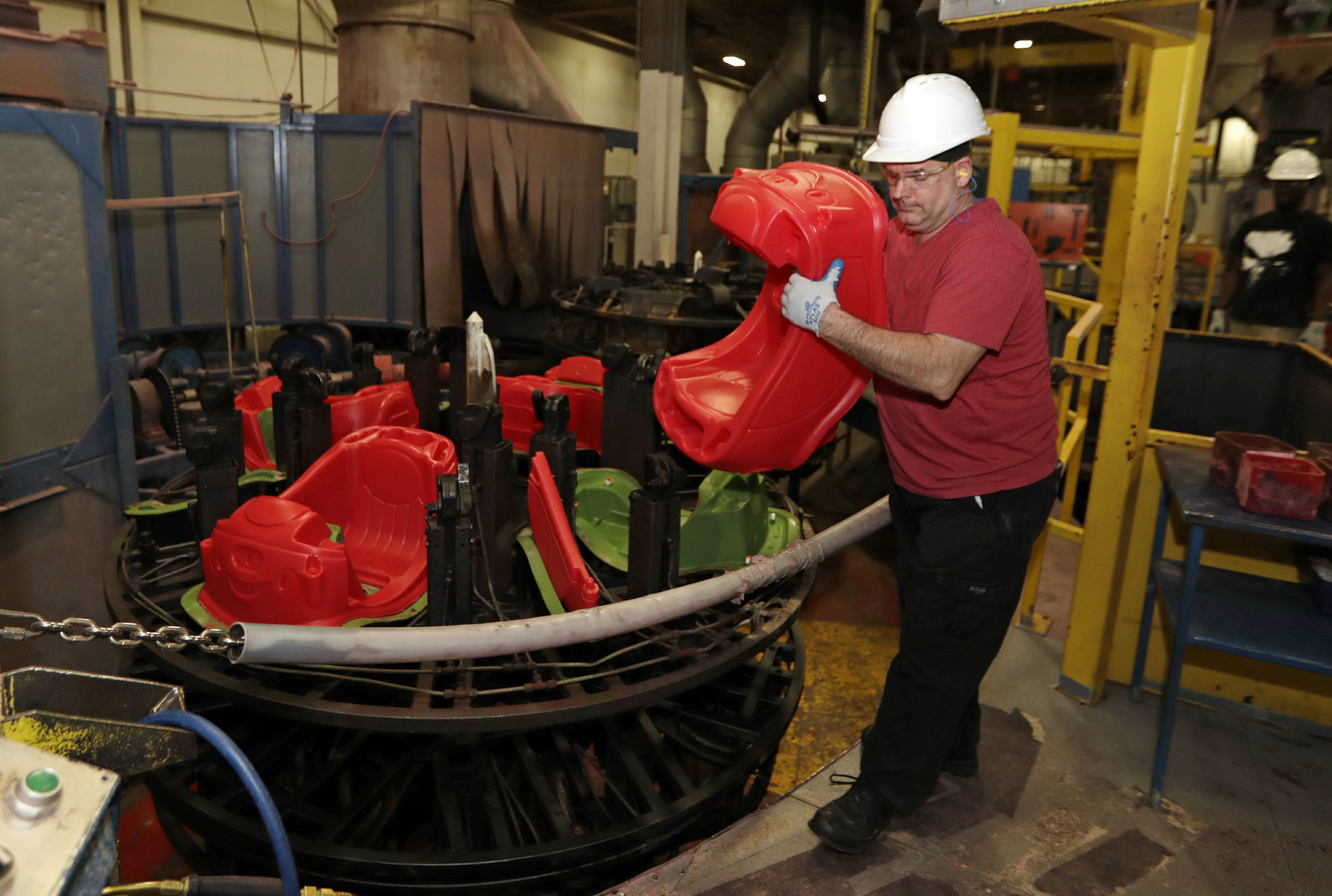 NEW YORK — This year, children will have a hard time finding Uncle Milton’s glow-in-the-dark ant farm, or the gel and ant village version. Basic Fun, the parent company behind the brand, has stopped producing them and now makes just three versions — basic, giant and retro.

A year after Toys R Us imploded, toy makers are still readjusting to the big loss of shelf space. That means slashing the number of styles they carry, re-evaluating how they sell large toys like playhouses and cars, and changing their packaging to squeeze into smaller retail spaces.

It’s a jolt for toy companies. They had already been trying to reinvent themselves amid an onslaught of changes, including kids’ evolving tastes toward gadgets, as well as the rise of Amazon and online shopping. They never expected the iconic chain to liquidate its 800 U.S. stores six months after it filed for Chapter 11 reorganization in 2017. Some companies depended on the chain for as much as 40 percent of overall sales.

A slew of retailers like Walmart, Target and Party City rushed to expand their toy aisles to capitalize on Toys R Us’s demise, but toy companies say they aren’t able to fill the void. The stores devoted big sections to toys year round and served as incubators of new trends. They also say that Toys R Us’ massive orders of tens of thousands of units offset the cost of production.

All this has led to fewer options for kids.

“Maybe the world only needs one kind of ant farm, but in the day, you had a choice,” said Jay Foreman, president and CEO of Basic Fun, a Boca Raton, Florida-based company that purchased the assets of Uncle Milton, K’Nex and Playhut over the past year. He is now evaluating his overall lineup.

With K’Nex construction sets, shoppers will only see 20 playsets, instead of the 60 it had last year, Foreman said.

Many parents have taken note.

Stephen Desch of Keyport, N.J., said when his now 3-year-old daughter wanted a crab-shaped sandbox, he found it at Toys R Us. But he can’t find certain items now, like a plush toy inspired by the Jay character from the Netflix show “Beat Bugs.”

Vanessa Myers of Bristol, Virginia, cites too many choices in some categories, like light up toys for the tub. But she does worry about the dwindling selection of dolls and bikes.

“I really want dolls that are diverse,” in hair color and ethnicity, she added.

Nearly $3 billion in 2018 was left on the table by Toys R Us, or 12 percent of the U.S. toy market, according to market research group NPD Group Inc. Jim Silver, editor-in-chief of TTPM, an online toy review site, estimates that 40 percent of Toys R Us business wasn’t scooped up. Even as the former investors of Toys R Us try to resurrect the business in the U.S. in time for the holidays, many expect it to be a shell of what it was.

The effort follows a 2 percent drop to $21.6 billion in toy sales for last year, with demand weakening during the second half of the year with the loss of Toys R Us. That reversed four straight years of sales growth, NPD says.

Mattel’s annual sales last year fell 8 percent, reflecting a negative 6 percent impact from the toy retailer’s liquidation. At Hasbro, annual sales dropped 12 percent, dragged down by the loss of Toys R Us. Mattel had been struggling for several years, but it had been starting to see a turnaround.

Foreman agrees, saying his new line of Cutetitos — beanie babies wrapped up in a burrito blanket and launched for the holidays — would have fared even better if Toys R Us was around. Typically, Toys R Us would have devoted a 3-feet-by-16 inch display in a highly visible spot to a hot item. Instead, stores gave Cutetitos an area that measured 18-inches wide by 5-inches deep.

Isaac Larian, CEO of privately held MGA Entertainment, has seen overall sales triple last year because of its popular LOL toys. But its Little Tikes division, which makes toy cars and playhouses that need big areas for display, suffered a 12 percent sales drop because of the loss of Toys R Us even as his business with Amazon rose 50 percent. Overall, 27 percent of its overall business stemmed from Toys R Us, but at Little Tikes, that figure was 40 percent.

Larian’s Little Tikes toy factory — the largest U.S. toy factory — based in Hudson, Ohio, is running at 25 percent capacity. Larian says he’s cutting the number of Little Tikes toys it produces mainly because of the loss of Toys R Us. He’s now expanding into housewares to keep the factory busier.

“Every day we are reinventing ourselves,” he said.