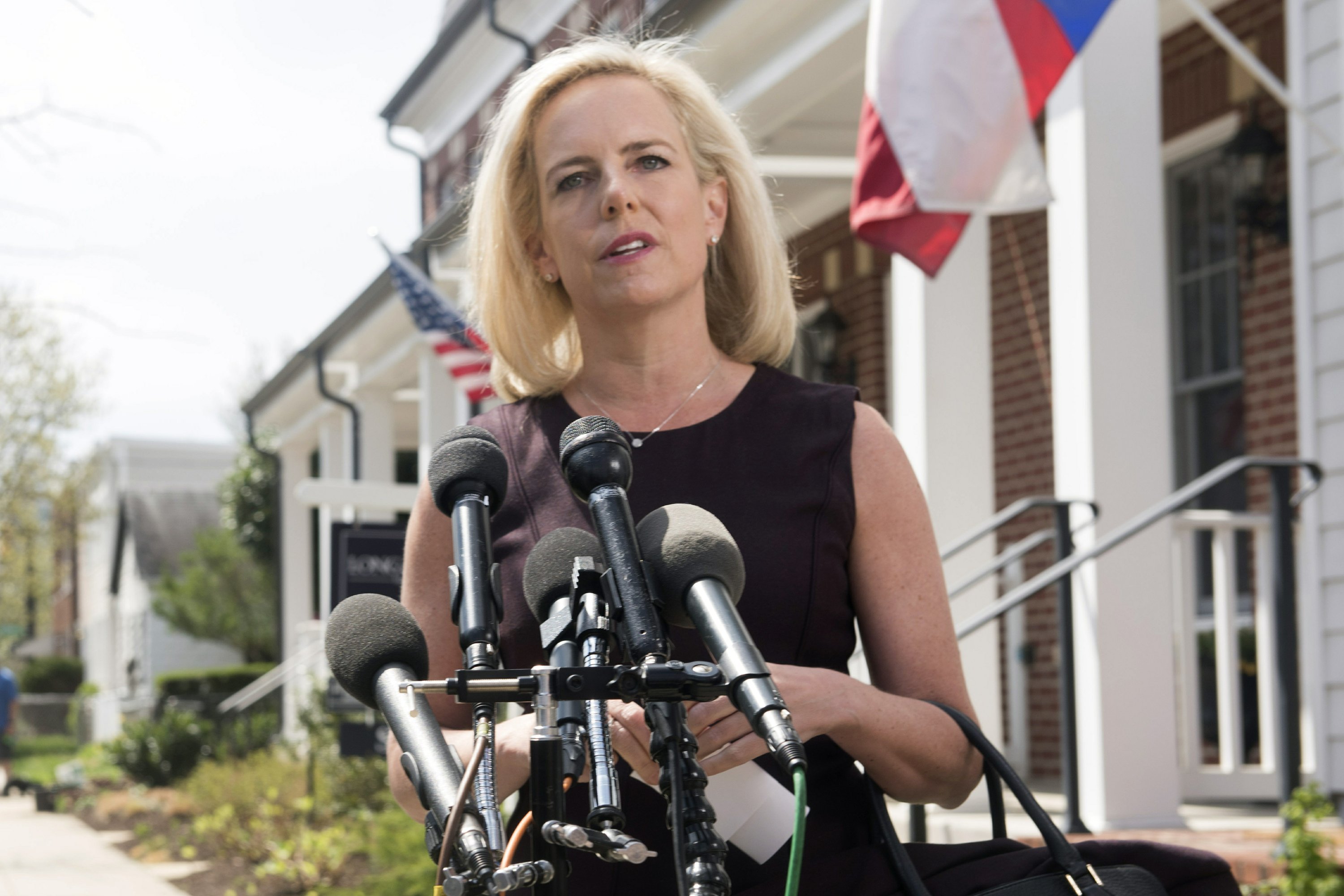 WASHINGTON — President Donald Trump and White House allies pressing for a harder line on immigration sped up their campaign to clean house at the Department of Homeland Security with a mission far wider than just the departure of Secretary Kirstjen Nielsen.

The dismantling of the government’s immigration leadership is being orchestrated by Trump adviser Stephen Miller, the impetus behind some of the administration’s most controversial policies, according to three people familiar with the matter. Beyond changing names and faces, Trump is considering separating migrant families at the border again, resuming the practice that drew so much outrage last year, the same people said.

The shake-up is a result of Trump’s frustration with the increasing number of migrants at the border and his diminishing options for action. Court challenges, immigration laws and his own advisers have blocked several of his proposals as his re-election campaign looms. The White House has lashed out by demanding new leadership, although a new team is likely to face the same obstacles.

The head of U.S. Citizenship and Immigration Services, L. Francis Cissna, and Homeland Security General Counsel John M. Mitnick are expected to be pushed out of their positions, the officials said. Nielsen submitted her resignation Sunday after meeting with Trump at the White House, and three days earlier, the administration withdrew the nomination of Ron Vitiello to lead Immigration and Customs Enforcement. Other longtime civil servants in agency posts are also on the chopping block, said the officials, who spoke on condition of anonymity because they were not authorized to speak publicly. 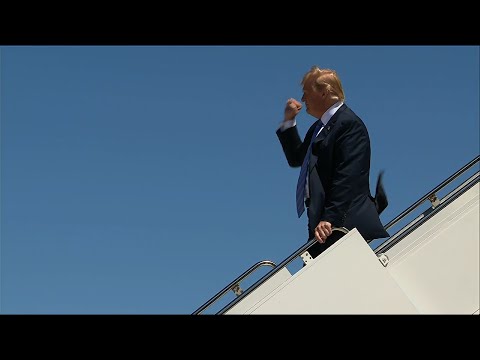 Adding to the turmoil, the director of the Secret Service is being forced out of his job, but that departure is said to be unrelated to the immigration upheaval.

Leading senators from both parties were displeased.

“The purge of senior leadership at the Department of Homeland Security is unprecedented and a threat to our national security,” declared Democrat Dianne Feinstein of California. “President Trump is trying to remake DHS into his own personal anti-immigration agency.”

Republican Ron Johnson of Wisconsin, chairman of the Homeland Security Committee, criticized Congress for a crisis at the border but also said, “I am concerned with a growing leadership void within the department tasked with addressing some of the most significant problems facing the nation.”

Nielsen has dutifully carried out the administration’s orders but often had to explain to Trump the legal limits of what he wanted to do. And he didn’t like it.

She did months of diplomatic work with Central America and Mexico and brokered an arrangement in which asylum seekers were to wait in Mexico for their asylum cases to play out, an effort meant in part to discourage false claims. She moved to abandon long-standing regulations that dictate how long children are allowed to be held in immigration detention and was working to find space to detain all families who cross the border. She limited what public benefits migrants can receive and put regulations in place to circumvent immigration law and deny asylum to anyone caught crossing the border illegally.

And she took ownership over the most divisive of all the decisions, the separation of families at the border.

Nearly everything has been challenged or watered down by the courts. Just Monday, a judge blocked the administration from forcing asylum seekers to wait in Mexico, giving lawyers a few days before putting the block into effect.

“So unfair to the U.S.,” Trump tweeted of the ruling. “OUT OF CONTROL!”

There are some options not yet exhausted by Trump, including giving judges more deference in asylum cases and allocating more resources to diminish backlogs, she said. But the White House has shown little interest in those ideas because they conflict with its assessment that those seeking refuge are trying to cheat the system.

Nielsen finally had enough and resigned Sunday, in part because she hadn’t been informed about the sudden decision to withdraw Vitiello’s nomination, according to people familiar with her decision.

She was also pushing back at an effort to house an “immigration” or “border czar” within Homeland Security, they said. She wanted the person to be based at the White House and help coordinate immigration policy between the Justice Department, Health and Human Services and DHS, all of which have a piece of the complex puzzle. But the people said Miller was pushing to house the czar at DHS, in part over frustration with the rising number of migrants. There were more than 100,000 expected in March, border officials said, the highest tally in 12 years.

Trump announced Sunday that Kevin McAleenan, commissioner of U.S. Customs and Border Protection, would take over for Nielsen at Homeland Security on an acting basis. McAleenan had impressed Trump’s inner circle, specifically son-in-law Jared Kushner, with his extensive border knowledge.

But McAleenan is not an ideologue or politician. He refers to migrants as “vulnerable families” who need more humanitarian treatment, not as beefy dudes with tattoos trying to game the system, as Trump suggests. He’s pushed for asylum changes to make screenings faster and cases decided more rapidly.

Democrats said McAleenan should have told them about the death of a child in U.S. custody in December, but he largely has escaped the ire over family separations even though it was his agency that separated the children.

Gil Kerlikowske, who led Customs and Border Protection from 2014 to 2017, said illegal crossings can go up and down on a number of factors that are difficult to predict. He noted that stepped-up Mexican enforcement helped end a surge of Central American families coming to the U.S. in 2014.

“I don’t envy anybody in that position because these are policies that are White House policies, not DHS,” said Kerlikowske, who promoted McAleenan to be his top deputy. “I couldn’t have been more disappointed” to see Vitiello’s nomination pulled, he said, describing Vitiello as “a 30-year Border Patrol, deputy chief and you’re saying, ‘Well, you’re not really tough enough?’ I find that kind of amazing.”

Trump has seemed to be grasping at anything to stem the tide of migrants. That includes reinstating family separations, a policy that previously prompted international outrage and could mean he would have to violate his own executive order and possibly run afoul of a federal judge overseeing reunifications. The government just said in court filings it would take up to two years to reunify all the children already separated from their families.

“The administration has been well beyond the bounds of the law for some time with respect to asylum and family separation. There’s no place for them to go that won’t continue to break the law,” said Lee Gelernt, the American Civil Liberties Union official whose lawsuit on behalf of a separated mother led to the reunifications.

Nielsen’s departure threw into sharp focus just how few full-time leaders are at the sprawling department of more than 240,000 people. There’s no confirmed secretary, no deputy secretary, no head of the Federal Emergency Management Agency, no formal head of Immigration and Customs Enforcement, no head of Customs and Border Protection once McAleenan moves over, and no head of the science and technology branch. In addition, the deputy undersecretary for management at the agency, Claire Grady, will have to be moved aside for Trump to install McAleenan as acting secretary.