In cyclone-hit Mozambique, a quest to find and name the dead 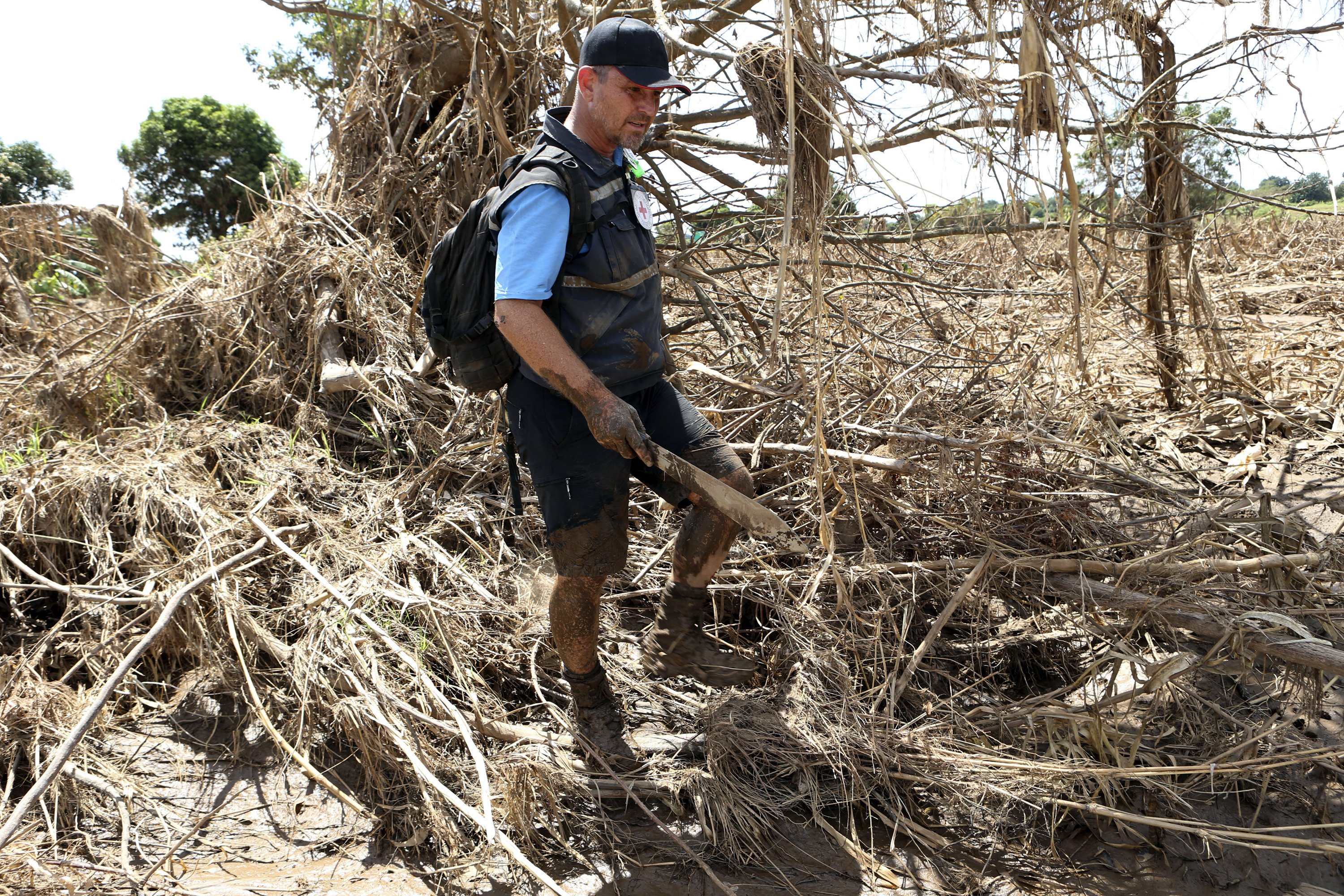 MAGARU, Mozambique — He was haunted by the thought of a small child’s skull, unburied and lost in the debris of a cyclone that had claimed hundreds of lives.

Stephen Fonseca stood in a field of ruined maize where a tiny spine had been found, and he wanted to find the rest of the body. But in every direction were scattered kernels and stalks bleached by the sun. At a glance, much of the landscape looked like bones.

The stark scene brought home the overwhelming challenge that Fonseca, the only body recovery specialist to search the rural Mozambique region struck by Cyclone Idai, faced every day since wading into the devastation nearly a month ago.

If a final death toll ever emerges — it is now more than 600 in Mozambique alone — it will be strongly informed by Fonseca’s work in the field, and the quest to name the missing and the dead.

The storm tore apart frightened families and swept whole villages away, with floodwaters as high as treetops rushing toward the sea. Parents lost their grip on children. Exhausted people clinging to branches for days fell into the waters and drowned.

For days on end, Fonseca followed the accounts of villagers who spoke of seeing the dead floating by.

As the waters began to recede, he walked for miles through mud so thick it sucked boots off feet. Crocodiles, hippos and snakes posed threats but hungry dogs and pigs were a bigger concern. Fonseca needed to find the bodies before they did, and bury them well.

His search was guided by smell, and animal tracks, and flies. It was uncomfortable but necessary work, as bare bones are far more difficult to find, and time was running out.

“This is our one good opportunity to get as much as possible,” said Fonseca, the South Africa-based forensic coordinator for Africa with the International Committee of the Red Cross.

As he pushed through the rural farmland he met local people who were just as concerned about the dignity of the dead. Desperate for news of their missing family members, some communities sent out search teams.

Bodies that were found were given a quick but respectful burial, even when they were strangers. Some of the dead wore the uniforms of neighboring Zimbabwe’s security forces, having been swept down mountainsides some 60 miles (100 kilometers) away by the raging waters.

Burials were difficult work. Shovels, like homes, had been lost. Some people dug with their bare hands, then watched the holes fill with water from the still-sodden ground.

“They take the time because one day our time will come as well,” Fonseca said. He found the community burials comforting, with people even pausing from handing out badly needed humanitarian aid to take turns digging.

And yet he knew the burials almost certainly went unreported to authorities, meaning they would not be counted in the official death toll and families might never know their loved ones’ fates.

Shallow graves were precarious, too, vulnerable to animals and further floods, the possible scattering of bones.

“You bury who you can but not always well,” said Ibrahim Ismail, a local farm manager. “So he’s helping.”

Fonseca offered to do exhumations and reburials but only with permission. One family that had tracked down and buried two relatives near a termite mound, a natural marker, decided to let them be. In their culture a person should not be dug up and moved, they said.

“I appreciate what he’s doing. It’s life-saving for some of us,” said Manuel Joaquim Makanije, a community member who nevertheless understood the family’s decision.

Relatives long for closure, but the bodies could be anywhere.

Fonseca came across the corpse of a young girl tangled high in a tree. A local man scrambled up the trunk and slowly lowered her to the ground, while children watched.

On another long hike Fonseca saw a boatman ferry a woman to a body found on an island. The face was missing, but the woman wept, certain it was her missing relative.

With forensic methods such as DNA tests, fingerprinting and dental records almost impossible in rural Mozambique, Fonseca respects what he called “cultural identification.” Clothing, location and other signs were considered in the interest of grieving relatives’ peace of mind.

It reflected his wider work in Africa helping to strengthen forensics awareness on a continent where people increasingly seek accountability, and answers, over the dead.

Fonseca’s time in Mozambique was ending and he would soon head home to South Africa. The work, in very challenging conditions, takes a toll, colleague Neil Morris said. “Stephen knew when he needed to return.”

In one last try, Fonseca gravitated back to the maize field where nine members of a single family had died.

Soon farmers would burn the fields to plant a short-term crop to help avoid months of hunger, as the cyclone had struck just before the annual harvest. The fires would further complicate identifying the dead.

As people picked their way through the field salvaging maize kernels, resuming their lives, Fonseca resumed his search for what he knew were now bare bones.

The farmers shouldn’t have to discover them, he said. “They’ve been through enough trauma.”

He searched slowly. It took hours. “There’s a little cranium somewhere here,” he said, half to himself, thinking of the child. “Someone’s going to find it.”

Finally he stopped and tied a blue latex glove to a stalk of maize, as a marker.

He had found a small shin bone, not much larger than a pencil.

The bone likely belonged to the same child whose spine had been found not far away.

In the end, the bones would be buried together.

There were no child-sized body bags. Fonseca improvised one using duct tape.

“Some people think it gets easier. I think it gets harder,” he said of his work. “Now I’m a parent. I start to relate to some degree how absolutely devastating it is to lose a child. But I will never say I fully understand what they are going through.”

He and a local chief, Moises Mukoto, went to the burial site, a short walk through tall grass. Fonseca, sweating in the hot sun, dug open a small grave as the chief wrote the time of day in a notebook, and waited.

The bag with the shin bone was gently laid in the hole alongside the tiny spine, which had been buried there earlier. Then the chief quickly hoed the earth back in place.

“Even one bone is important,” Fonseca said. “It represents someone special.”

The wooden grave marker, written in permanent ink, said: “Don’t touch. The body of a child.”

It will take months, even years, to discover the cyclone’s dead, Fonseca said.

Not everyone will be found.