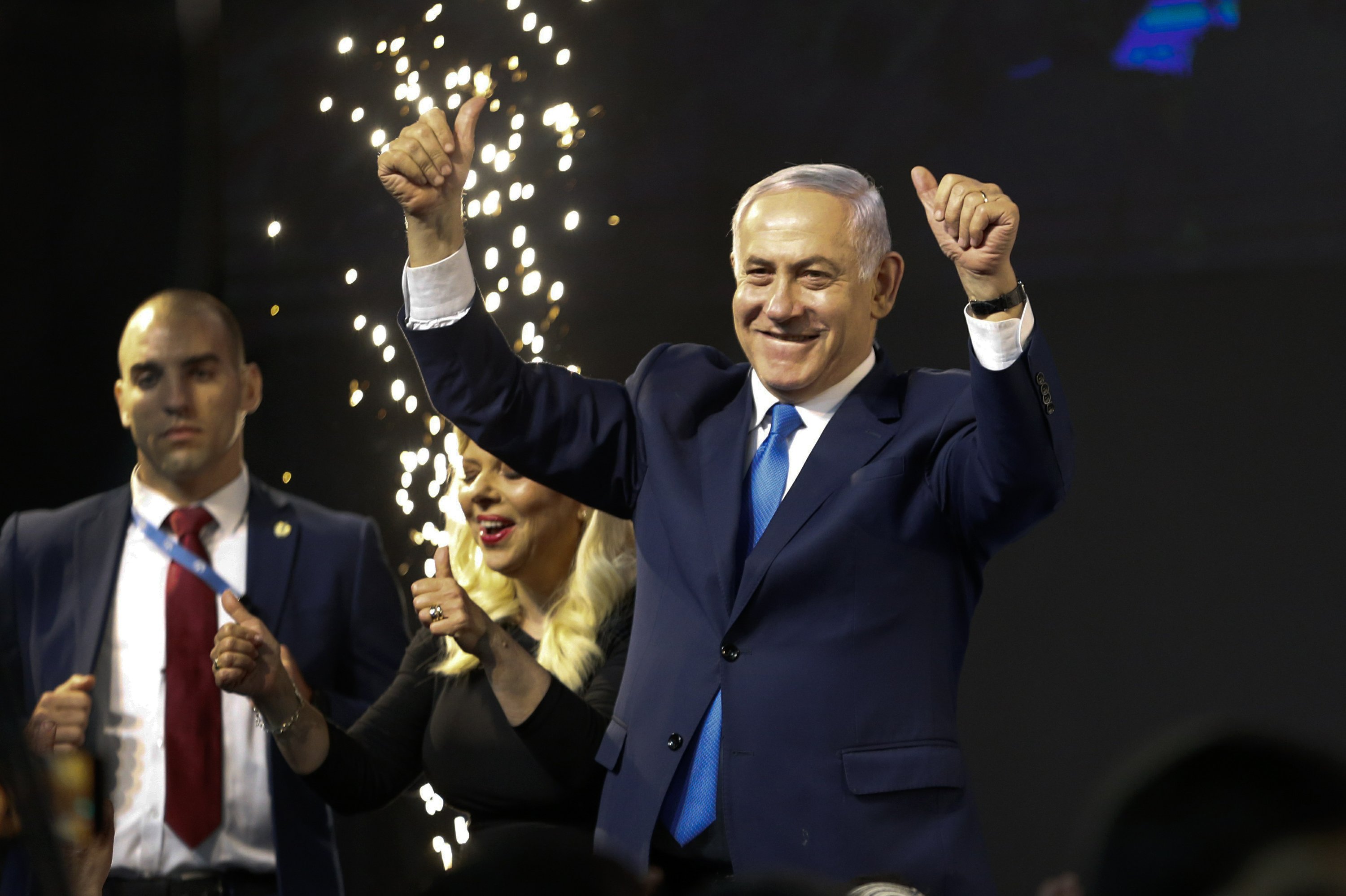 The outcome affirmed Israel’s continued tilt to the right and further dimmed hopes of a negotiated solution to the Israeli-Palestinian conflict.

Re-election will give Netanyahu an important boost as he braces for the likelihood of criminal charges in a series of corruption scandals.

With 97.4% of the vote counted Wednesday, Likud and its natural political allies commanded a 65-55 majority in parliament. However, the country now faces what could be weeks of political negotiations over the composition of a ruling coalition.