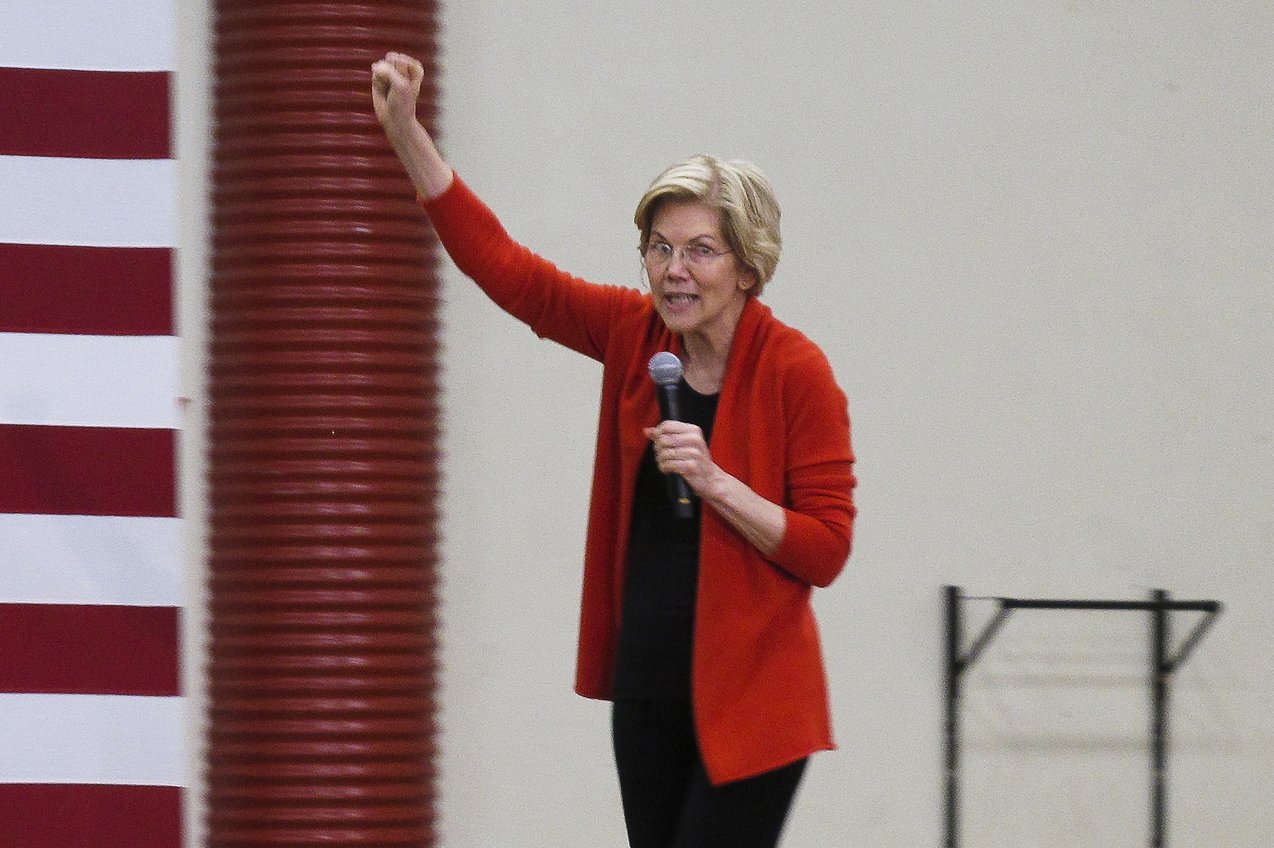 The 7% tax on corporate profits above $100 million is the latest in a series of ambitious policy proposals from the Massachusetts senator. It’s in line with her broader push to rein in such industries as the financial sector and technology firms.

Her campaign estimates the proposal would hit roughly 1,200 firms. Those corporations would pay the tax on top of any liability under current tax rules, which, as Warren said in a Thursday blog post on her plan, is necessary because “our corporate tax code is so littered with loopholes that simply raising the regular corporate tax rate alone is not enough.”

Dubbing her pitch “the Real Corporate Profits Tax,” Warren wrote: “It will make our biggest and most profitable corporations pay more and ensure that none of them can ever make billions and pay zero taxes again.”

The proposal would raise about $1 trillion of new revenue over 10 years, according to economists advising Warren’s campaign. She didn’t specify what that money would pay for. The new tax would be imposed on corporations’ total profits in the U.S. and overseas.

The so-called wealth tax Warren proposed in January on about 75,000 of the nation’s highest-earning households would raise an estimated $2.75 trillion over 10 years, money that she later said would go partly toward creating a government-supported universal child care program.

Warren also is billing the new corporate tax as a way to boost smaller businesses and aid competition with behemoths that may currently pay lower effective tax rates, particularly following the 2017 Republican tax overhaul, which lowered the corporate rate from 35% to 21%.

Other Democratic presidential candidates have offered proposals designed to address individual income inequality, such as California Sen. Kamala Harris’ plan for a lower- and middle-income tax credit and New Jersey Sen. Cory Booker’s plan to endow savings accounts for all children. Warren’s latest idea, however, is unique as a foray into new corporate taxation policy.

Meanwhile, Warren reported on Wednesday that her campaign raised $6 million in the first quarter of the year, surpassing expectations but still lagging far behind the money raised by Harris and Vermont Sen. Bernie Sanders.

Warren, a former Harvard University law professor, made a name for herself a decade ago with calls for greater consumer protections, which led to the creation of the Consumer Financial Protection Bureau under then-President Barack Obama.