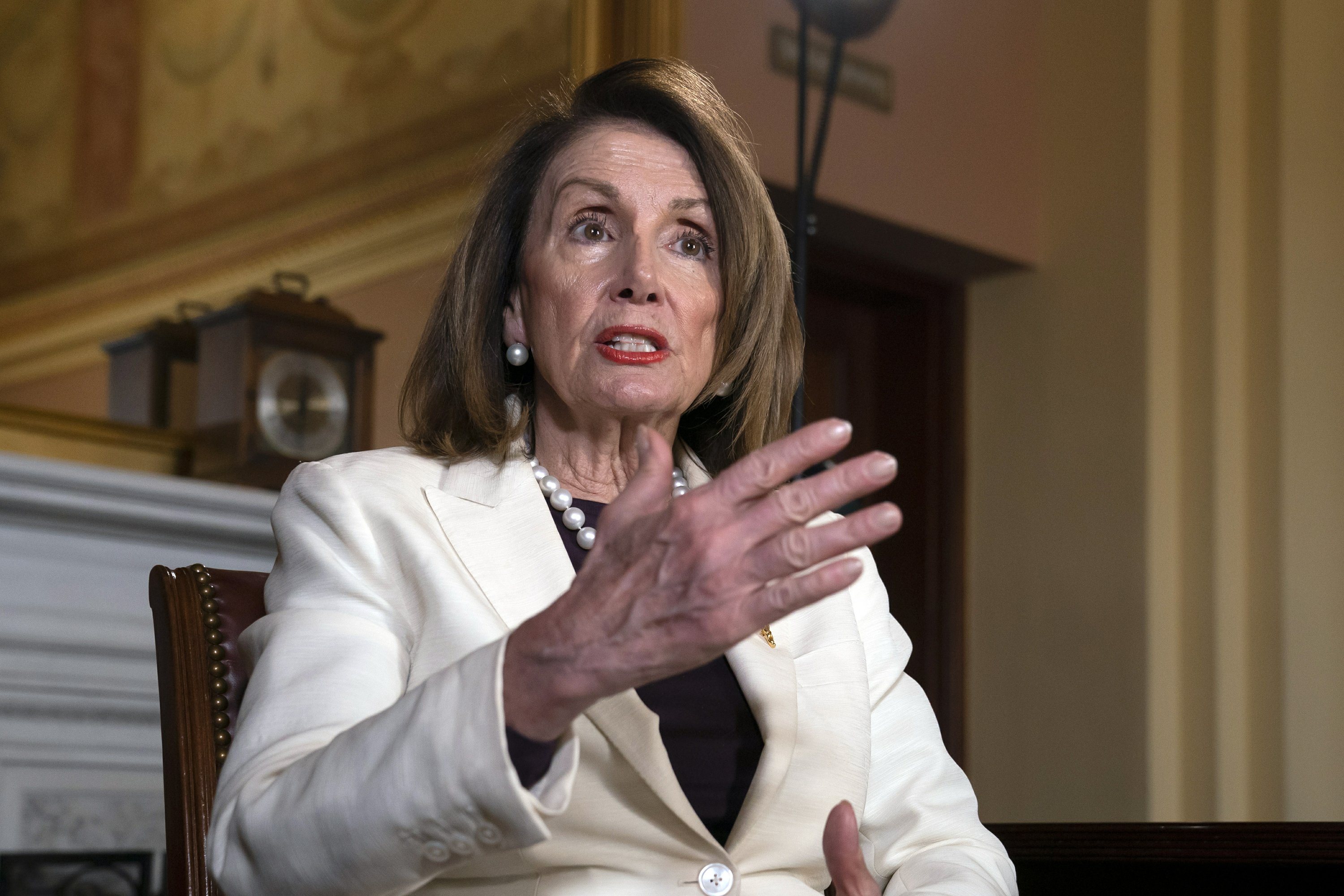 The California Democrat said in an interview with The Associated Press she was “very concerned” about Barr’s handling of special counsel Robert Mueller’s Trump-Russia investigation report and accused Barr doing Trump’s political bidding.

Barr testified Wednesday before a Senate panel that he believes “spying did occur” on Trump’s 2016 presidential campaign, aligning himself more closely with the president’s views on the origins of the Russia investigation. Critics of the Russia probe note that it was launched during the Obama administration, though Mueller was appointed special counsel by Trump’s Justice Department.

Pelosi said Barr’s comments undermine the Constitution and his role in the Justice Department.

Barr said Wednesday he expects to release a redacted version of the Mueller report next week, but Pelosi said it’s only a “matter of time” before the full report is made public.

As House Democrats pursue oversight of the Trump administration beyond the Mueller probe, Trump has complained that Democrats will never be satisfied. He and his allies call it presidential harassment.

Asked what would satisfy Democrats, Pelosi said: “I’ll be satisfied when we have a new president of the United States who is a Democrat.”

While some Democrats support pursuing impeachment proceedings against the president, however, Pelosi has kept them at a distance.

She recently brushed off impeachment calls, saying Trump’s just not “worth it.”

But that was before Barr released his four-page analysis of Mueller’s report, which said the president was not exonerated by the special counsel. Mueller left open the question of whether Trump obstructed justice during the two-year probe of Russian interference in the 2016 election. Barr and his team at the Justice Department made their own decision to clear the president of criminal wrongdoing.

Asked if she still thought Trump was not worth impeachment, Pelosi said to wait and see the full report.

“My view is that impeachment is very divisive in the country, and when we see what we need to see it may be imperative that he be impeached. But up until then, he’s not worth it,” Pelosi said.

She said again, “Let us see the report.”

As the new Congress rounds out its first 100 days, the speaker said Democrats are doing far more than conducting oversight of the White House, even though she said that’s their constitutional responsibility as an equal branch of government.

She said she prefers to keep the House focused on pocketbook issues for everyday Americans — lowering health care costs and investing in infrastructure — and new ethics rules.

“We are not just focusing on him,” she said. “We’re focused on what we said we would do.”