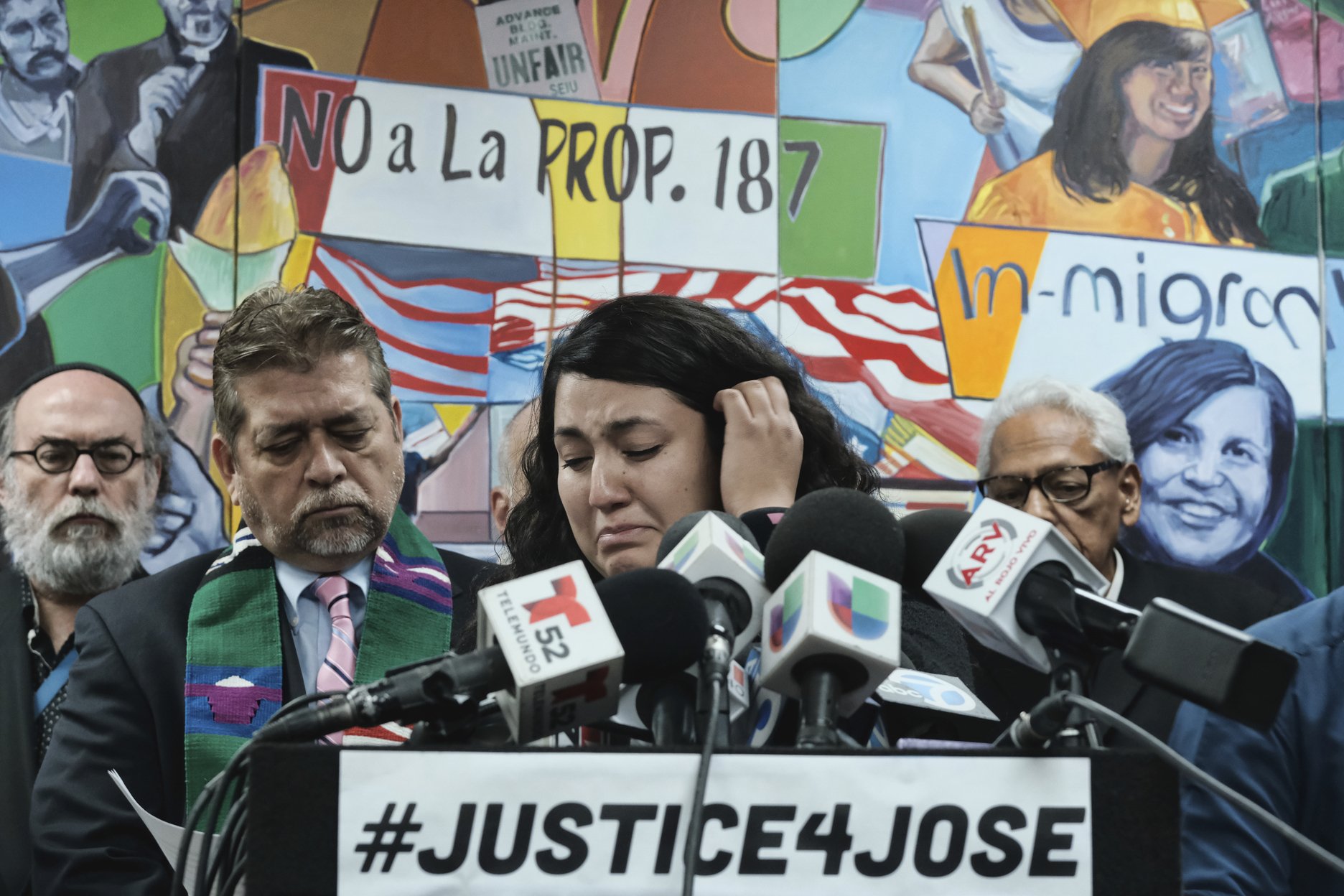 LOS ANGELES — A 27-year-old man died in a California hospital after he suffered a brain hemorrhage while detained by U.S. immigration authorities, his wife said Wednesday, demanding to know what caused his injury and whether he received appropriate medical care in custody.

Melissa Castro said she was called Feb. 8 by an Immigration and Customs Enforcement official and told that her husband had a “passing out episode” while in the custody of detention officials in Adelanto, California, and had been taken to the hospital.

Castro, who had delivered the couple’s baby five days earlier, said she found Jose Luis Ibarra Bucio in an intensive care unit and in a coma from which he never awoke.

Castro said she wants to know what happened to her husband, who was young and had no prior health problems. She said she heard from doctors that he had been airlifted from another hospital.

She said she also wants to know why ICE had him shackled to his hospital bed in a coma and signed papers releasing him from custody two weeks later.

“Why wait the two weeks to release him when the state of health was even worse?” she asked in an interview with The Associated Press. “I think it might be because at that point they saw that the likelihood of him surviving wasn’t high at all.” 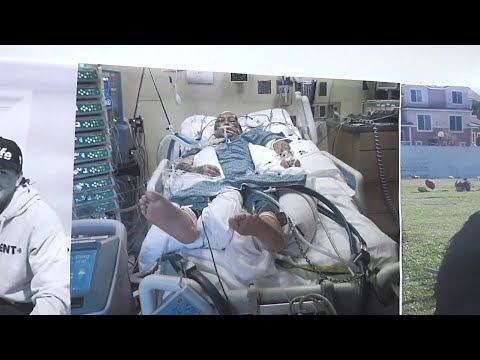 Immigration and Customs Enforcement said in a statement that Ibarra was released for humanitarian reasons. Officials at ICE and detention facility operator The GEO Group declined to discuss his health condition.

Ibarra was held at the facility in Adelanto for about a week until he collapsed on his way to an immigration court hearing on Feb. 7, immigrant advocates said.

When he was released from custody, Castro said, she initially was hopeful that someday Ibarra might be able to meet his son. In addition, she said it was a relief to no longer have guards in his hospital room or see him shackled.

But now, she questions why authorities chose to release him when they did. His condition worsened and he died March 21 after the family removed life support.

It was at least the second time in two years that an immigrant detained at the privately run facility in Adelanto has fallen into a coma and been released.

Immigrant advocates have noted that releasing severely ill detainees means U.S. authorities aren’t subject to the same level of oversight as when an immigrant dies in custody.

Ibarra — who came to the United States from Mexico as a young child and grew up in Southern California — was arrested in 2017 after fleeing traffic police, Castro said.

She said he told her that he hadn’t pulled over out of fear he could face deportation — though at that time he had permission to stay in the country under a President Barack Obama-era program for immigrants without legal status who were brought to the country as children.

Ibarra was convicted last year of evading or attempting to evade police while driving recklessly and sentenced to a year and four months, according to California’s Department of Corrections and Rehabilitation.

He was released from prison in January and taken into immigration custody.

Ibarra, a truck driver, married Castro two years ago. She is a U.S. citizen, but they had not filed papers to sponsor him to stay in the country and knew he might wind up in immigration custody after prison since his papers under the Deferred Action for Childhood Arrivals program had since expired, Castro said.

When her husband first got to detention, he called and told her that he’d wait as long as it took if he could remain in the country with her and their soon-to-be-born son, Castro said.

A week later, she said he sounded frustrated on the phone and wanted to see how quickly he could get out, she said.

He had an immigration court hearing scheduled for Feb. 7 and said he would call her afterward, but never did.

Castro said she got nervous and checked ICE’s website and noticed her husband was still listed in custody but no longer at Adelanto.

Now, she and Castro’s sister say they are grieving and dismayed that Ibarra will never meet his son.

“We are not the first family this has happened to, but we would like to be the last one,” sister Lucian Ibarra told reporters in Spanish.