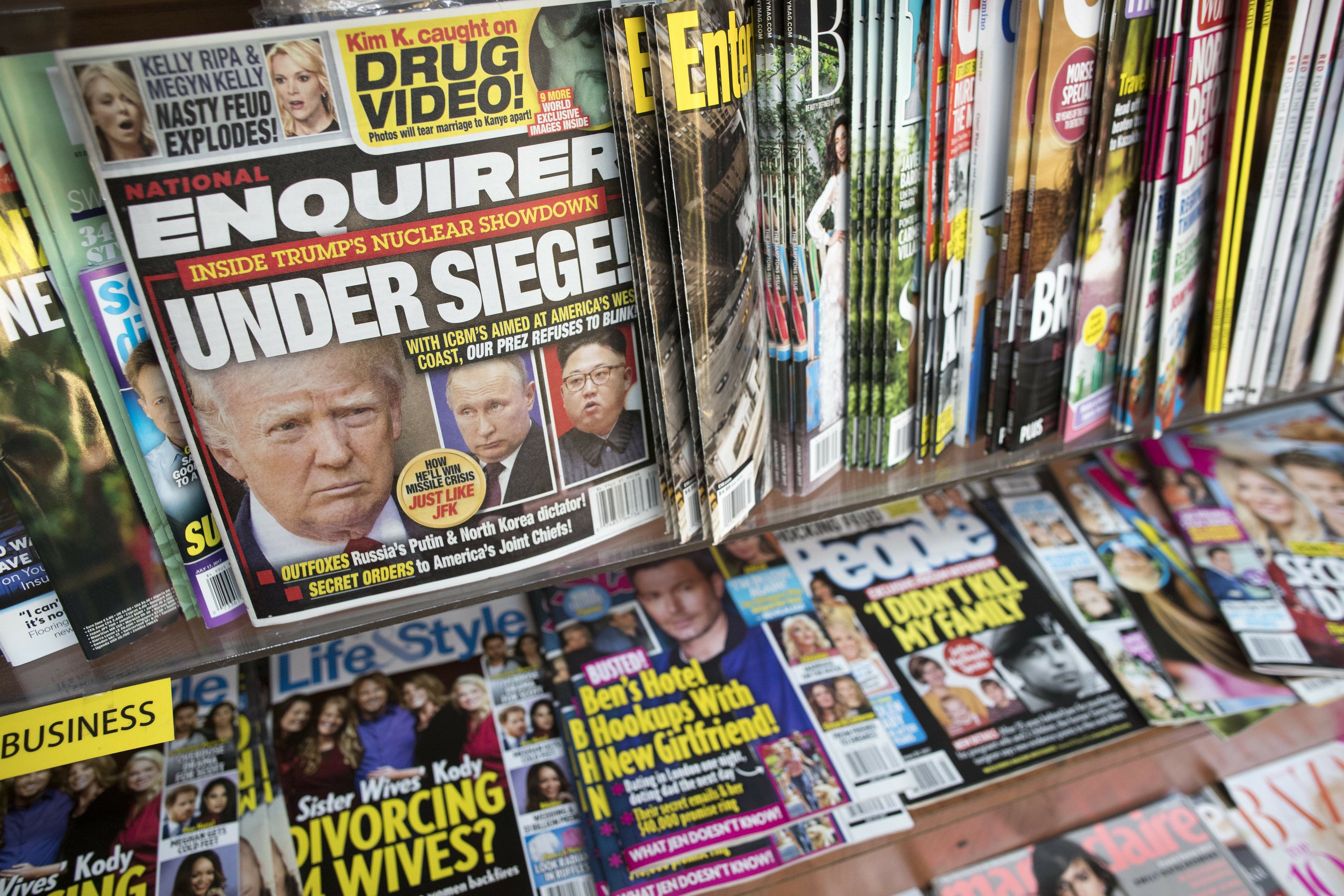 NEW YORK — The supermarket tabloid under fire for paying hush money to a former Playboy model to help Donald Trump in his 2016 presidential campaign is on the auction block.

The parent of the National Enquirer said Wednesday that it is exploring a possible sale as part of a “strategic review” of its tabloid business. The decision by American Media Inc. comes after the tabloid said it paid $150,000 to keep Karen McDougal quiet about an alleged affair with Trump and being accused by Amazon chief Jeff Bezos of blackmail.

American Media said it was considering a sale so it could focus more on other parts of its business, including its teen brand and broadcast platforms.

“Because of this focus, we feel the future opportunities with the tabloids can be best exploited by a different ownership,” said American Media CEO David Pecker in a statement.

Pecker is a longtime Trump ally who helped bury potentially embarrassing stories about the future president over the years by paying hush money in a tabloid practice called “catch-and-kill.”

In August, the U.S. attorney’s office in Manhattan agreed not to prosecute American Media in exchange for the company’s cooperation in its investigation of campaign violations.

American Media came under fire more recently from Amazon founder Bezos for what he said were threats to publish photos of him unless he stopped investigating how the tabloid obtained private exchanges between him and his mistress. Bezos accused the tabloid of blackmail in a public blog post.

American Media recently refinanced hundreds of millions of dollars of debt after years of heavy borrowing and acquisitions.