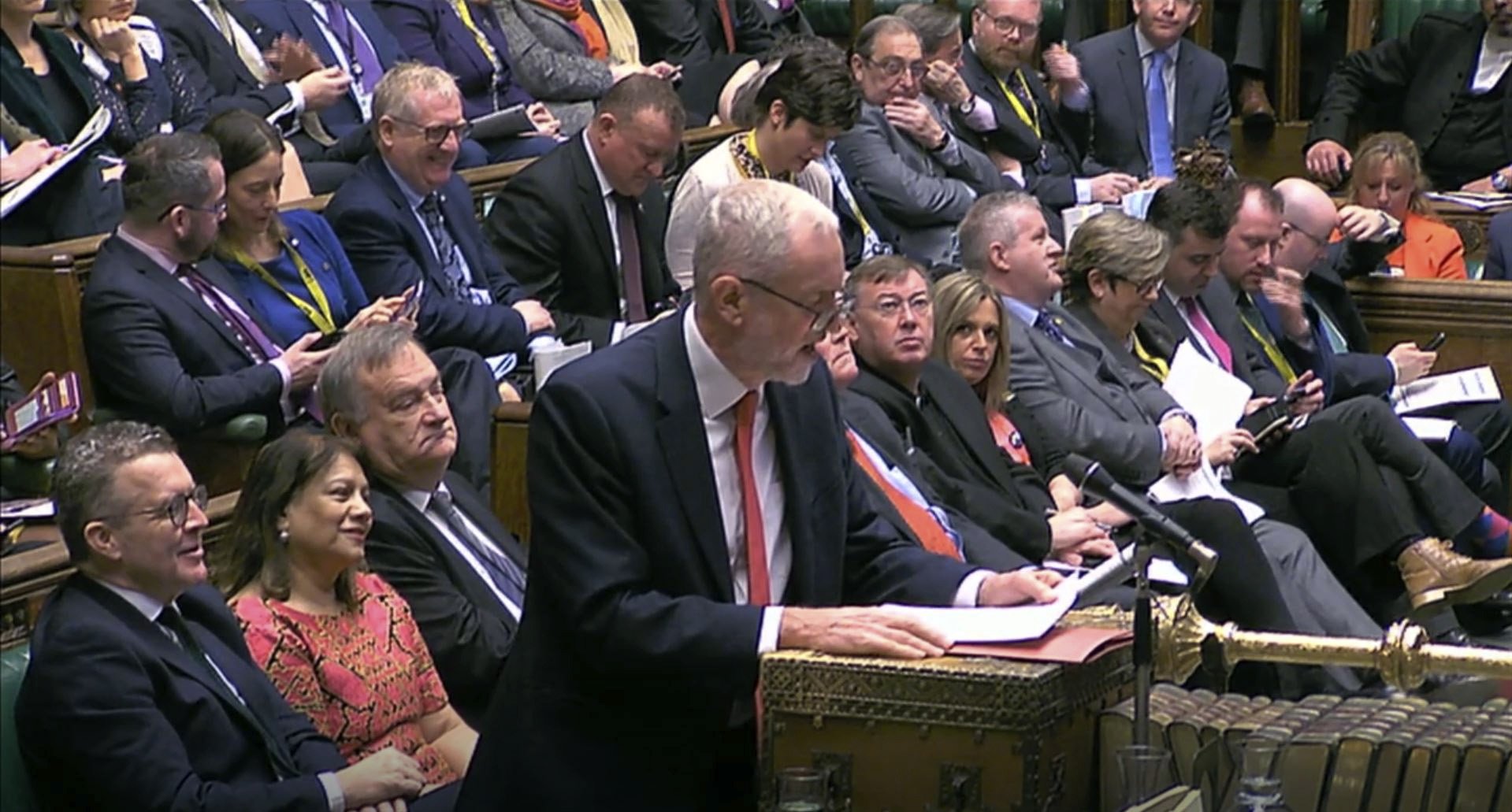 BRUSSELS — The Latest on Britain’s exit from the European Union (all times local):

Britain’s pro-Brexit political parties are getting ready to do something they have long argued against — running in European Union elections.

Anti-EU figurehead Nigel Farage says his newly formed Brexit Party will run in the elections. He says the contest will bring “a rebirth of active Euroscepticism,” driven by Britons’ anger at the failure to leave the EU.

Farage’s former party, UKIP, also says it will run candidates in all parts of the U.K.

Brexiteers have condemned Prime Minister Theresa May for seeking to postpone the U.K.’s departure because she has failed to get Parliament’s approval for her EU withdrawal agreement.

May is asking for a delay until June 30, though the EU could offer longer. That means Britain would have to participate in late-May elections for the European Parliament — almost three years after the country voted to leave the bloc.

Brexit? What Brexit? British lawmakers have for the most part avoided the hot-button topic of the day during the prime minister’s weekly appearance before Parliament.

Prime Minister Theresa May didn’t face the usual level of harsh questioning during the Wednesday session just hours ahead of a vital European Union summit in Brussels.

She was asked more questions about tax policy and police funding than about her request for a delay in Britain’s April 12 departure from the EU.

Opposition Labour Party leader Jeremy Corbyn did not bring up Brexit, and many lawmakers shied away from the usual bickering as May prepares to ask the EU for an extension.

May did say her position on holding a second EU referendum has not changed, meaning she is still opposed.

Merkel told German lawmakers Wednesday that she will meet before the European Union summit later in the day with French President Emmanuel Macron, who has taken a hard line over recent weeks on Brexit.

Pressed on what kind of extension Germany backs, Merkel replied: “I favor, if there is a broad majority for this today, possibly making it a delay of several months — but not delaying anything, so that once Britain has decided the withdrawal can happen immediately.”

Britain is currently scheduled to leave the EU on Friday, with or without a deal. Prime Minister Theresa May has asked for a delay until June 30, and visited both Germany and France Tuesday to make her case.

German Chancellor Angela Merkel has set out three conditions for a likely delay to Britain’s departure from the European Union.

Merkel addressed German lawmakers on Wednesday, hours before EU leaders meet in Brussels to decide whether to grant Britain’s request for a delay beyond the current Friday night deadline.

Merkel said the EU has “expectations” of Britain. She said that the EU’s institutions must be able to continue functioning “seamlessly” and that Britain must conduct elections to the European Parliament in late May.

She added that there also needs to be “a readiness to take part constructively in decisions.”

German Chancellor Angela Merkel says the European Union may well decide on a longer Brexit delay than the one sought by the British government, but it would be flexible enough to allow Brexit “very quickly” once London approves the withdrawal agreement.

EU leaders are meeting in Brussels later Wednesday to mull Prime Minister Theresa May’s request for Brexit to be delayed until June 30. If no extension is granted, Britain risks crashing out without a deal on Friday.

Merkel told German lawmakers that a disorderly Brexit “is not in our interest.”

She said of Wednesday’s outcome that “it may well be a longer extension than the one the British prime minister asked for, but we will shape this extension in such a way that whenever Britain has approved the withdrawal agreement, Britain can then complete its orderly withdrawal very shortly after” with a two-year transition period.

She didn’t specify exactly how long the extension might be.

The European Union’s legislature has warned British Prime Minister Theresa May to come to the Brexit summit with clear indications on how she hopes to turn the cross-party talks with opposition leader Jeremy Corbyn into a success.

The European Parliament said in a statement Wednesday that May “cannot come empty-handed.”

And the legislators told the EU leaders that they have to make sure that Britain will not become obstructionist if a long extension to their departure is granted.

They said the summit “would be advised to provide the U.K. with an extension which should be appropriately framed to respect the principle of sincere cooperation.”

The European Parliament will need to approve any deal May reaches with the EU to make it binding.

Groups representing manufacturers in the U.K. and across the continent have appealed to European leaders to work with Britain to avoid a divorce from the bloc without a deal.

Make UK and sister organization Ceemet issued a joint letter to heads of state and chief negotiator Michel Barnier warning of economic shock in the event of a no-deal Brexit.

The groups say that while they recognize efforts have been made to address the chaos that a no-deal scenario would cause, “it must be clear that neither the EU nor the UK are ready, and as a consequence European industry is also not adequately prepared, for this cliff edge scenario.”

Prime Minister Theresa May travels to Brussels Wednesday to ask for another extension to Britain’s departure, until June 30. Britain is currently scheduled to leave the EU on Friday.

European Council President Donald Tusk is meeting leaders including British Prime Minister Theresa May ahead of an emergency summit to decide whether to grant the United Kingdom a further delay in its departure from the European Union.

Donald Tusk meets the leaders of Lithuania, Latvia, The Netherlands and finally May shortly before Wednesday evening’s summit begins.

It’s likely to be a rough day for the embattled British leader as she pleads for a second extension until June 30, to prevent Britain’s departure now scheduled for Friday.

Tusk has suggested an even longer delay of up to a year with conditions attached to ensure Britain does not stymie EU decision making if it remains a member.

EU countries have become increasingly exasperated with the political division and uncertainty in Britain.