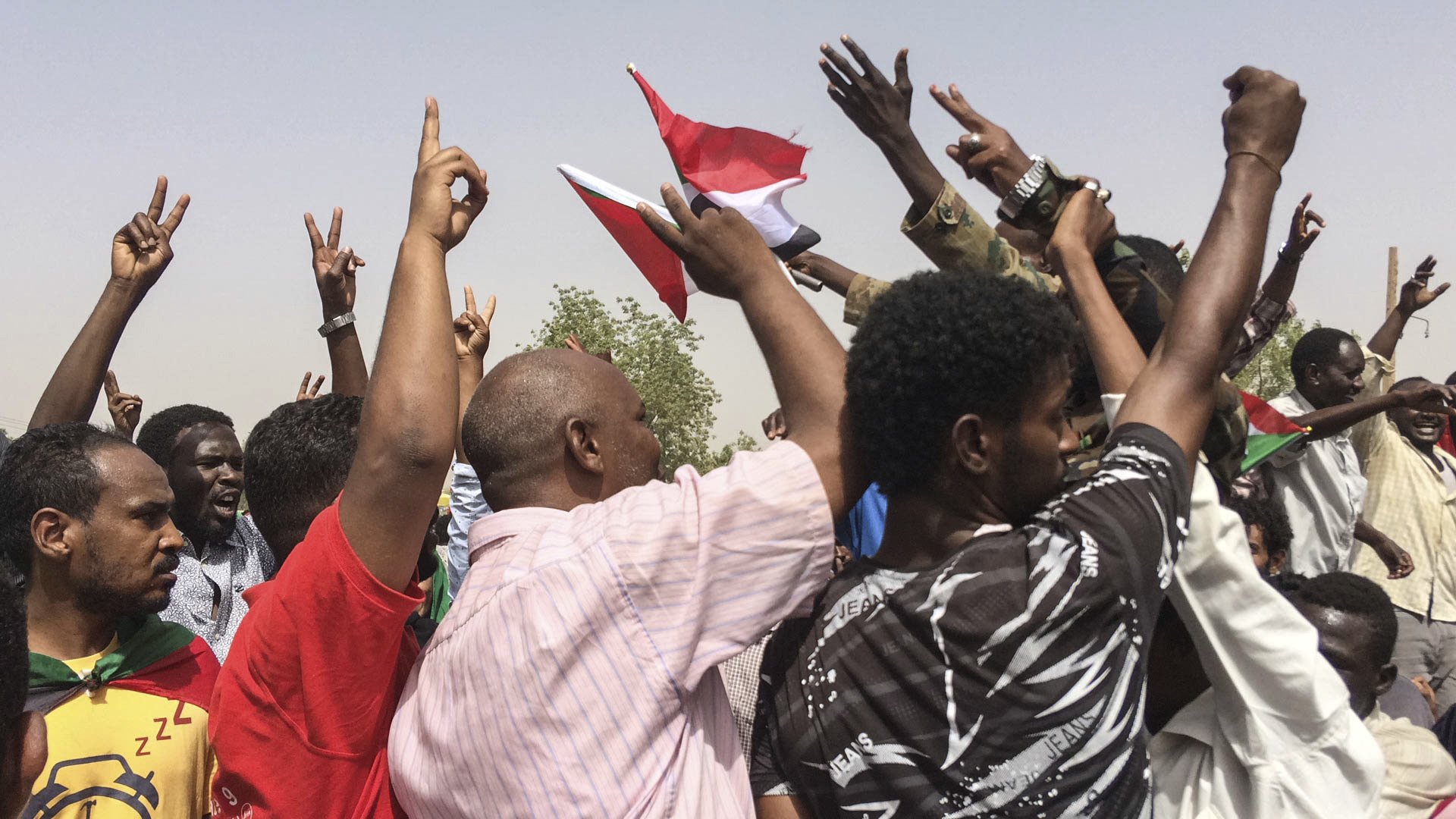 CAIRO — The Latest on developments in Sudan (all times local):

Sudanese defense minister has announced the military has overthrown and arrested President Omar al-Bashir and has taken charge of the country for the next two years following nearly four months of protests against his rule.

Awad Mohammed Ibn Ouf appeared on state TV, in military fatigues, following an earlier announcement of an “important statement” coming from the army on Thursday.

He says a state of emergency has been imposed for the next three months and that the military has also suspended the constitution, closed borders and the country’s airspace.

A transitional military council will lead the country for two years,

Ouf also said the government and the presidency have been dissolved, and imposed a night curfew.

Sudanese protest organizers say they won’t back a military coup that has apparently forced longtime President Omar al-Bashir to step down but want a civilian transitional government in place after his ouster.

The organizers say they are now in discussions with the military’s leadership about forming a transitional government. This comes as people are celebrating in the streets of Khartoum on Thursday following reports of al-Bashir’s ouster.

Sarah Abdel-Jaleel, a spokeswoman for the Sudanese Professionals Association, tells The Associated Press they will not back a military coup and insist on an “unconditional stepping down of al-Bashir and his regime.”

She says there might be a military council to back the transitional government.

Sudanese activists behind months-long protests against al-Bashir say hundreds who were detained over the demonstrations have already been freed.

Thursday’s brief statement by the National Security and Intelligence service did not indicate when the release would take place.

It comes as tens of thousands are celebrating in the streets of Khartoum amid reports that the country’s longtime President Omar al-Bashir has been forced to step down by the military.

Sudanese activists behind months-long protests against al-Bashir say hundreds who were detained over the demonstrations have already been freed. The activists spoke on condition of anonymity for fear of reprisal.

The news come as two senior Sudanese officials said the army forced al-Bashir to step down but the circumstances of the apparent ouster remain unclear.

Two senior Sudanese officials say that the army has forced longtime President Omar al-Bashir to step down but the circumstances of the apparent ouster remain unclear.

The officials say the military is now in talks about forming a transitional government. The officials, who hold high positions in the government and the military, spoke to The Associated Press on condition of anonymity because they were not authorized to talk to the media.

They spoke ahead of an army announcement and amid reports of a coup to replace the president of 30 years following mass street protests against his rule.

Eyewitnesses in the Sudanese capital say the military has deployed at key sites in the city to secure several installations ahead of an army announcement and amid reports of a coup to replace the country’s longtime president, Omar al-Bashir.

The situation in Khartoum remains fluid and it wasn’t immediately possible to confirm that al-Bashir is being ousted.

The witnesses told The Associated Press that military armored vehicles and tanks have been parked in the streets and near bridges over the Nile River as of Thursday morning, as well as in the vicinity of the military headquarters, where thousands are anxiously waiting for the army statement.

The compound has been the scene of a large anti-government sit-in since last Saturday calling for al-Bashir’s ouster. The witnesses spoke on condition of anonymity because they feared reprisals.

Sudan’s state TV says the country’s armed forces will deliver an “important statement” and are asking the nation to “wait for it.”

The announcement raised expectations the statement Thursday could address nearly four months of anti-government protests demanding that longtime President Omar al-Bashir step down and could be a sign that he is relinquishing power.

Organizers of the protests urged masses to converge and join an ongoing sit-in that has been underway in the capital, Khartoum, since the weekend.

Sudanese radio is playing military marches ahead of the announcement.

The TV s says there’ll be an “important statement from the armed forces after a while, wait for it.”

It comes after clashes between Sudanese security forces and protesters, after an attempt to break the sit-in, leaving 22 dead since Saturday.