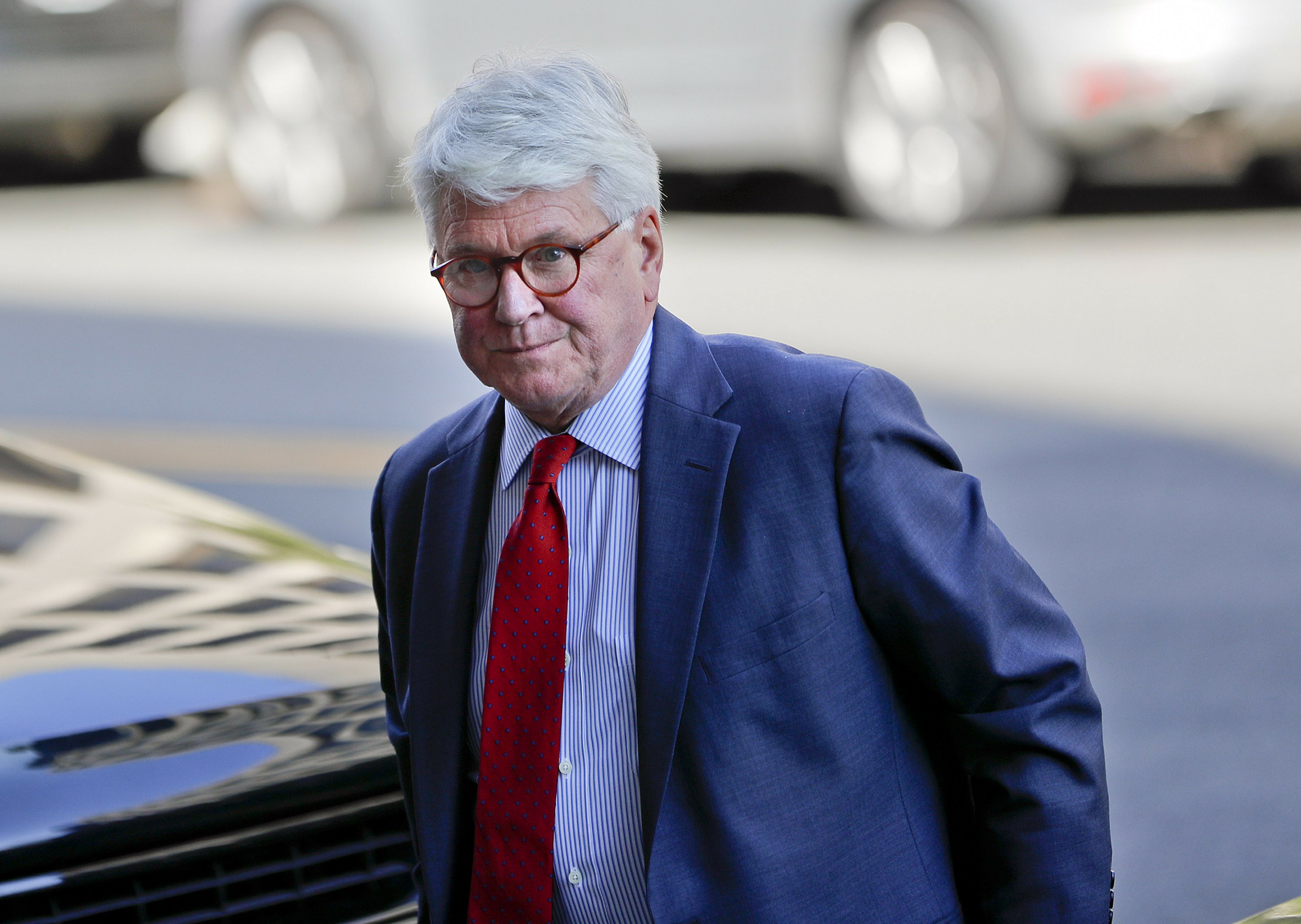 Craig, 74, was charged in a two-count indictment that accuses him of willfully concealing material facts from the Justice Department about work he performed for the Ukrainian government. The indictment, announced by the U.S. attorney for the District of Columbia, came a day after Craig’s lawyers said he expected to be charged in the probe spun off from special counsel Robert Mueller’s investigation.

In a statement, his attorneys, William Taylor and William Murphy, said, “Mr. Craig is not guilty of any charge and the government’s stubborn insistence on prosecuting Mr. Craig is a misguided abuse of prosecutorial discretion.” The lawyers said the Justice Department’s national security division pushed to indict Craig despite federal prosecutors in New York declining to bring charges, an assertion that couldn’t immediately be verified. A spokesman for the U.S. attorney’s office declined to comment.

Craig’s indictment is part of a Justice Department crackdown on unregistered foreign lobbying and consulting. Federal prosecutors in New York have been investigating two prominent Washington lobbying firms in a similar probe, and Justice Department officials in Washington have been increasingly willing to prosecute people who they believe intentionally conceal their lobbying work from the government.

The scrutiny of Craig stems from an investigation of former Trump campaign chairman Paul Manafort and his work on behalf of a pro-Russian political party in Ukraine. The charges come about three months after Craig’s former law firm agreed to pay more than $4.6 million and publicly acknowledge that it failed to register with the government for its work for the Ukraine.

The civil settlement with Skadden, Arps, Slate, Meagher & Flom LLP laid much of the blame for the firm’s conduct on Craig, who was a senior partner.

Craig, who is set to appear in federal court Friday, is a prominent Washington attorney and was the first White House counsel to former President Barack Obama. In private practice, his clients have included former North Carolina Sen. John Edwards and James Cartwright, the former vice chairman of the Joint Chiefs of Staff, who was charged in a leaks investigation. He also led President Bill Clinton’s White House legal team during his impeachment proceedings and defended Clinton during his Senate trial.

The work that drew the Justice Department’s attention occurred in 2012, when Craig and Skadden were hired by the Ukrainian government to write a report on the prosecution of Yulia Tymoshenko, a former Ukrainian prime minister. Tymoshenko was a political opponent of then-Ukrainian President Viktor Yanukovych, who was a longtime Manafort patron.

The report was billed as independent, but critics have said it whitewashed a politically motivated prosecution.

The indictment made public Thursday says Craig did not want to register under FARA because doing so could keep him or others at his law firm from getting government positions and because the filing would require him to disclose the millions paid from a “private, wealthy Ukrainian.” The disclosures also would have undermined the authority of the supposedly independent report.

To help hide the private funding, Craig is accused of backdating and falsifying invoices at Manafort’s request to make it appear the Ukrainian government was the sole funder of the report.

After the firm’s work attracted the attention of the Justice Department’s FARA unit in 2012 and 2013, the indictment says Craig misled officials about his interactions with reporters and his involvement with a public relations firm in securing news media coverage about his law firm’s report.

When the Justice Department determined that Craig should register under the law, the indictment says, Craig resisted the idea. In an email titled “FARA,” Craig wrote that the firm did not proactively disseminate the report to the media and instead provided it upon request to three media outlets that asked for it.

“The only time we responded, was to correct misinformation,” Craig wrote. The firm then wrote a letter to the department’s FARA unit containing Craig’s false and misleading statements, which ultimately allowed for him and the firm to avoid registering, the indictment said.

Years later, when the subject came up again during the Mueller probe, the indictment says Craig repeated some of the same lies during an October 2017 interview with the special counsel’s team.

Craig’s lawyers deny that he lied to the government or his firm. They acknowledged that Craig spoke to reporters about the report but denied it was part of a public relations campaign that would run afoul of the law.

In a statement Thursday, Taylor and Murphy called the indictment “unfair and misleading” and said prosecutors ignored exculpatory evidence. “Mr. Craig had no interest in misleading the FARA Unit because he had not done anything that required his registration. That is what this trial will be all about,” they wrote.

FARA is a decades-old law meant to allow Americans to know when foreign entities are trying to influence public opinion or policymakers. The law, enacted in 1938 to unmask Nazi propaganda in the United States, requires people to disclose to the Justice Department when they advocate, lobby or perform public relations work in the U.S. on behalf of a foreign government or political entity.

In the last few years, the Justice Department has brought several high-profile prosecutions involving FARA. That includes a case against Manafort, who was recently sentenced to more than seven years in prison.