Ace Swedish coder held by Ecuador was defender of Assange 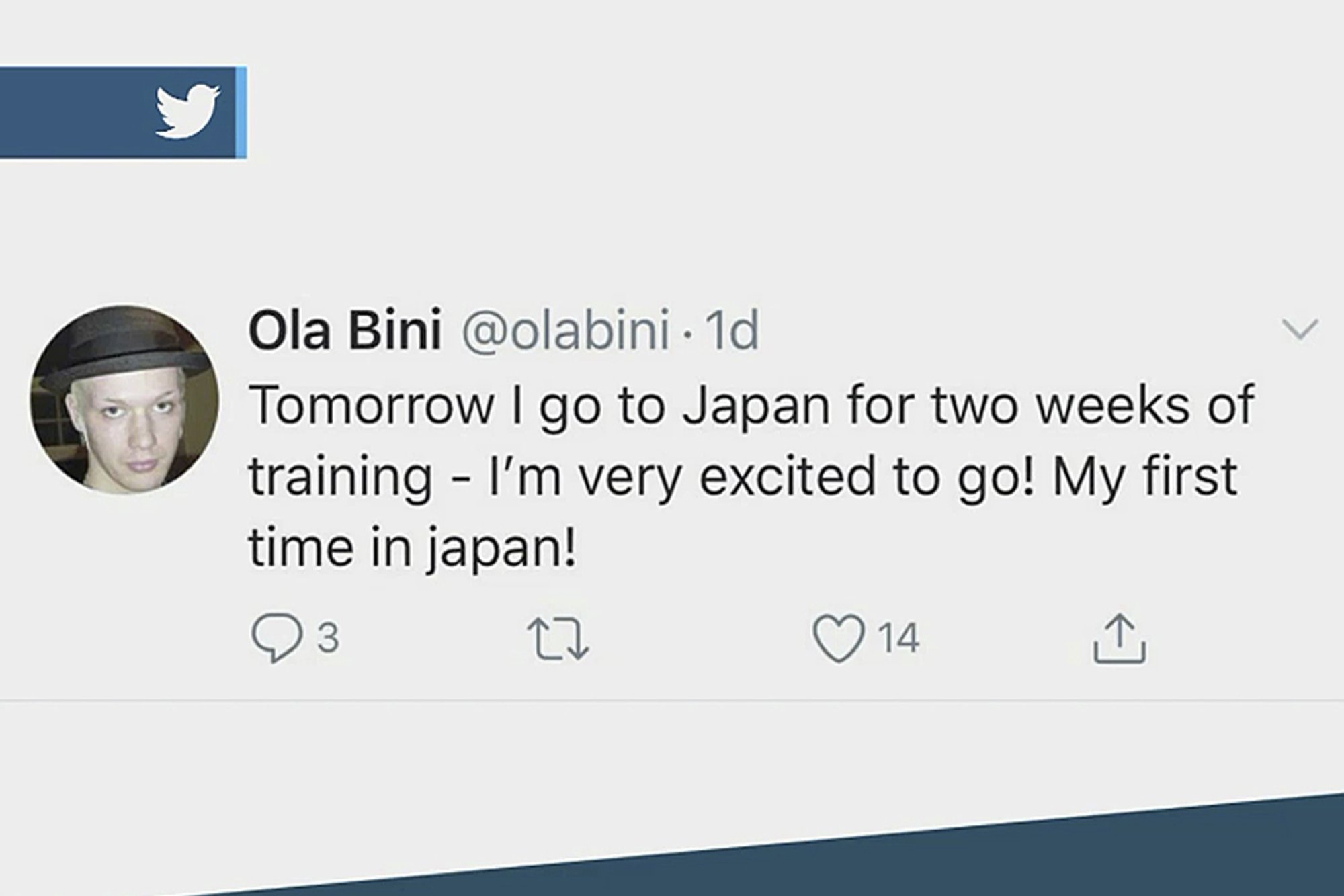 CARACAS, Venezuela — An ace Swedish programmer who was an early, ardent supporter of Wikileaks has been arrested in Ecuador in an alleged plot to blackmail the country’s president over his abandonment of Julian Assange.

But friends of Ola Bini say the soft-spoken encryption expert is being unfairly targeted for his activism on behalf of digital privacy.

Bini, 36, was arrested Thursday at the airport in the Ecuadorian capital of Quito as he prepared to board a flight to Japan. The arrest came just hours after Assange was evicted from the Ecuadorian embassy in London. Bini was carrying at least 30 electronic storage devices.

His lawyers said they have not been notified whether he’s been charged. Authorities said the plot hatched with two unidentified Russian hackers living in Ecuador involved threatening to release compromising documents about President Lenin Moreno as he toughened his stance against the Wikileaks founder.

“It’s up to the justice system to determine if he committed a crime,” Interior Minister Maria Paula Romo said Friday. “But we can’t allow Ecuador to become a center for piracy and spying. That period in our history is over.”

Romo said Bini had traveled at least 12 times to meet with Assange at the London embassy. She said he was also in Venezuela earlier this year around the same time as a close aide to Moreno’s former mentor turned arch enemy, Rafael Correa. The former president granted Assange asylum in 2012 and has been leading a campaign cheered on by Wikileaks to expose corruption by Moreno that has included the release of damaging personal documents and photos, including several that showed him eating lobster in bed.

While the extent of Bini’s relationship with Assange is unclear, the Swede has defended the Wikileaks founder’s free speech rights in an online blog he’s kept over the years.

“Any official who has called for Assange to be treated as a terrorist or enemy combatant should be seriously considering stepping down from office,” he wrote in December 2010.

In the same blog, Bini condemned Amazon for knocking WikiLeaks off its hosting services and credit card companies and PayPal for refusing to process payments to the secret-spilling site. He also described working on a January 2011 panel about Wikileaks put on by his then-employer, global software firm Thoughtworks, and including Daniel Ellsberg of Pentagon Papers fame.

Bini arrived in Quito in 2013 after being transferred from Chicago to the Ecuador office of Thoughtworks, which has guiding principles that stress social activism. Around the same time, he started to rethink his online habits and at one point gave up his Gmail account in favor of self-hosted email.

“I am not a huge fan of having all my electronic life hosted under the auspices of U.S. legislation, especially not in light of recent events,” he wrote in a 2013 post.

Friends and loved ones describe Bini as a computer geek who felt most at ease solving complex programming problem for days at a time. At the time of his arrest, he was traveling to Japan, his former wife Malin Sandell told The Associated Press, for two weeks of jujitsu training — one of the few hobbies he indulged in outside of his all-consuming work as a code developer.

He’s an expert on password security and secure communication who has written about hash collisions, a technical term for protecting or cracking passwords. The same expertise was required by Assange when, according to a U.S. indictment unsealed this week, he allegedly helped Chelsea Manning try to break into U.S. Defense Department servers using a “hash value” portion of a password needed to access thousands of classified documents.

Nonetheless, his Ecuadorian girlfriend said that she did not recall him ever expressing strong support for Assange despite the fact that the WikiLeaks founder has deep ties in Sweden and would have been an obvious topic of conversation in the small, Ecuadorian programming circles.

“Ola is not a hacker, if by that you mean a criminal, but he is someone trying to understand how computers work and protect people’s privacy,” Sofia Ramos said in an interview from Brussels.

Ramos worked with Bini on a project at the Center for Digital Autonomy for creating a more secure instant-messaging encryption protocol. In its statement Friday, the center said Computerworld had ranked him in 2010 as Sweden’s No. 6 developer.

The center is a small nonprofit incorporated in Ecuador and Spain dedicated to private, secure and anonymous communication. Its website says it has contributed to well-known projects including Enigmail and the Tor privacy browser.

In the hours before he went to the airport Thursday, Bini sent a Tweet warning of a “witch hunt” by Ecuadorian authorities mopping up after Assange’s forced departure from the embassy. Now that prophecy appears to have been true, said his friends.

“I didn’t realize that knowing somebody is a crime,” said Vijay Prashad, who runs a Marxist publishing house in India and last saw Bini a few months ago in Sao Paulo, Brazil. “He’s the last person who would ever be involved in an attempt overthrow a government.”

AP EXCLUSIVE: At Walmart, using AI to watch the store

US expands probe into air bag failures to 12.3M vehicles

I never said that! High-tech deception of ‘deepfake’ videos